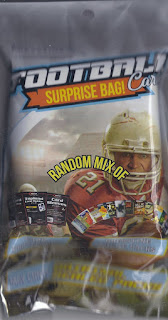 I remarked on the weekend that the shelves were pretty much bare in the card section of Wally World, and decided I'd order some repack products direct from the source as a result. Quite the quick turnaround, as I had the box of repacks on Tuesday after ordering on Sunday. All 4 of the big sports I collect were in this box - the first time I've had baseball in there. Still, I'll start with the football stuff. 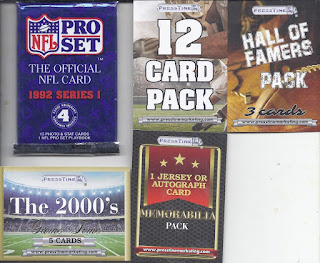 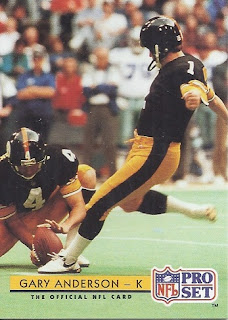 I'm going clockwise from the top left, meaning that I start with a pack I probably haven't busted one of in 25 years. And it contained a kicker card. 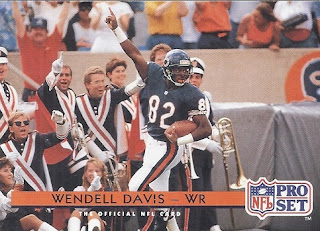 The contest for best photo of the pack was a solid competition. This end zone celebration was pretty nice, especially with the fans in the background, including the band having a good time. 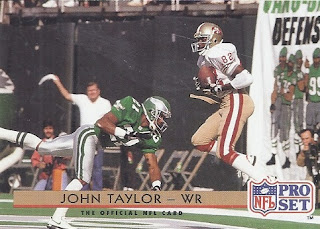 But I like the contrast on this one more, with Taylor beating the Eagles D for a score, and with a bedsheet sign lauding that defense looking on disapprovingly. 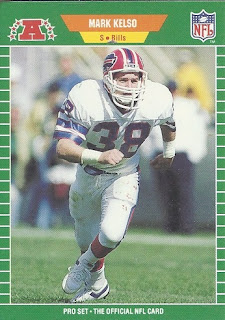 I won't highlight everything in the Pro Set pack, but will from the repacks. The 12-card pack starts off with the only Buffalo Bills content in the repack on an earlier Pro Set card. 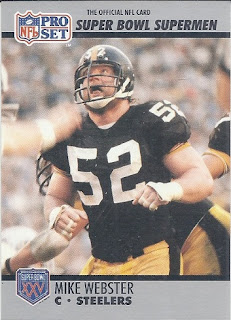 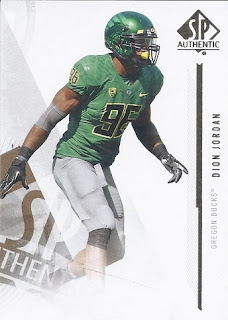 A great card for a future mailer to Cards on Cards! 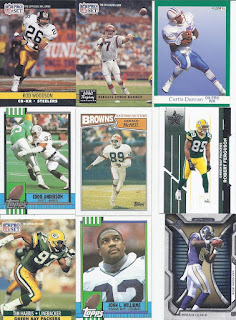 Here's the rest of the 12-card pack. My favourite in this grouping is that perfect wrap-up tackle by Eddie Anderson on his 1990 Topps card.

That's definitely quite the grouping in the Hall of Fame pack, but by definition, I guess it should be. Interestingly, all 3 of these cards are from 2000 releases. 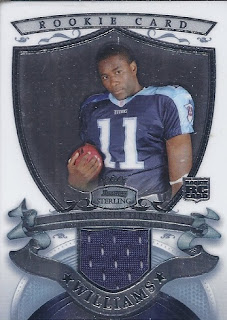 And the hit from that pack. Yes. Paul Williams. I had no clue who he was, and even trying to search and Paul Williams and football brought up several coaches and soccer players - I found out he played 7 games over 3 seasons with one reception.
Still more than me! 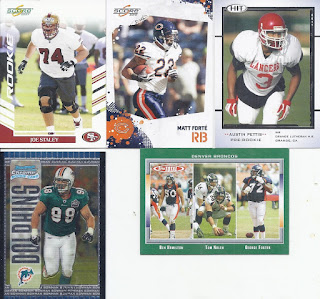 And I guess I end with the 2000s. It is pretty much what I expected from this, but a Topps Total appearance is always nice, especially when it features some of my favourite things I can find on a football card - a player (or in this case, players) with only a handful of appearances, and infield dirt on a photo. Sometimes, common base cards are really what you make of them.
There you have it! Basketball next!
Posted by buckstorecards at 06:19