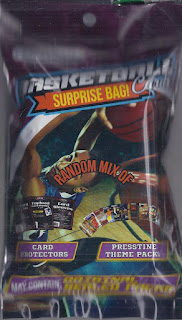 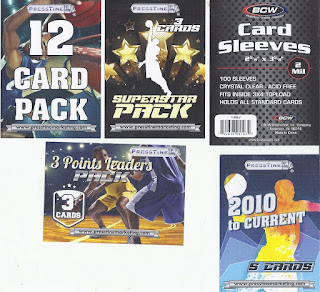 And here's the contents! Definitely less cardboard in this than yesterday, but I can always use sleeves. 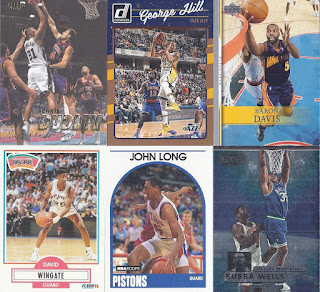 Clockwork from the top left again to recap - so here's the first 6 cards from the 12 pack. Any sort of appearance from 1997 Metal Universe is welcome, even if the foil background does not highlight the backgrounds as nicely as 1993 Leaf. 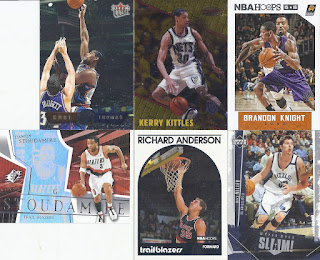 If the Metal Universe isn't the best card in this, then a holographic appearance of Damon Stoudamire certainly is.

Gobert might be more super-spreader than superstar, but I'm happy that Lowry is considered a superstar (despite his old ass, tm DeMar Derozan). 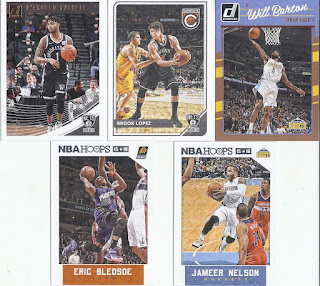 Pretty much what I expected out of the 2010s pack, with a bunch of lower end sets and mid-range players. 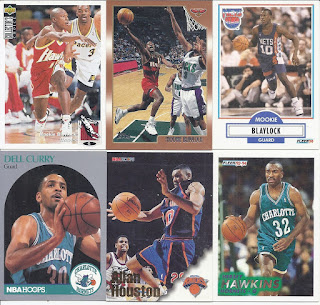 The three-point pack was supposed to contain 3 cards, instead I got 6. Maybe they meant 3 of a single player, then 3 of some other guys. But at least I got my favourite photo of the repack in this box, with Allan Houston sporting some positioning and an expression where he seemed to suddenly develop a fear of the basketball itself. Not flattering, but interesting.
And there you have it - the surprise bag mini run ends tomorrow with some baseball.
Posted by buckstorecards at 09:35