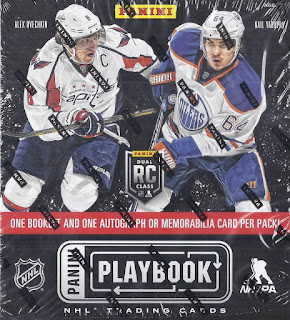 We head back to 13-14 for my first box of the year. While it isn't my personal favourite product from that year, it did give me one of my better pulls of last year, one of two Gordie Howe autos I landed in 2019. What will this box contain? 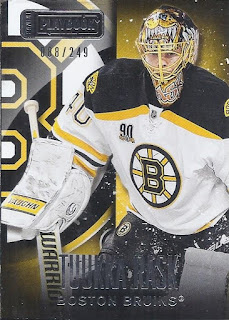 Again, the colour on the base card is so nice to see in a higher end set. 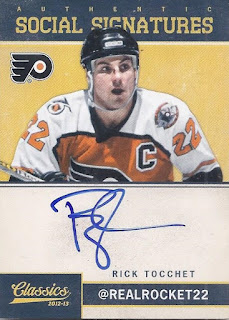 Well, that's not a playbook card. That's a Classics card, but it isn't out of the ordinary to find older cards dropped in future products. I'm really surprised that this concept of having card dedicated to a player's social media presence isn't something that is done. They tried to do so with their most recent National Treasures baseball, but it seems only one player understood the concept. 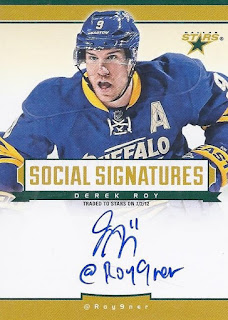 You generally only get one autograph per box, but I got two. This is the more standard design for the Social Signatures set in Playbook, and it nicely features a hit of a Kitchener Rangers alum in Derek Roy. Landing a PC hit in a box is always nice.

Which kinda means that the book will only feature relics. But let's check it out.

8 windows. 8 multi-colour seams. That's still pretty nice. And one of the two guys is still active in the NHL, but Etem doesn't appear to be playing anywhere at this point.

No Howe this time, but those were still some nice cards.