Another day, another box. 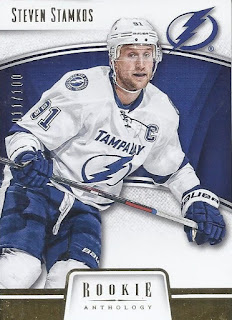 Another gold card to start this off. 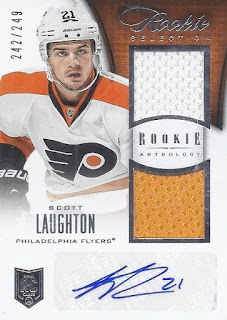 A new face for the Rookie Selection, as I think this is the first notable Scott Laughton card in the case. He also gets a 'still in the NHL bonus' bonus of still being with the team he's pictured with here. 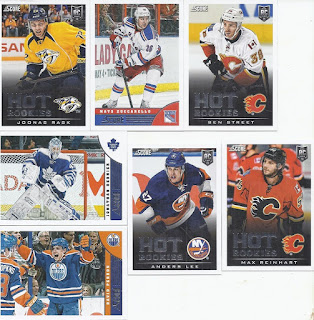 Nothing much of note among the Score base cards. 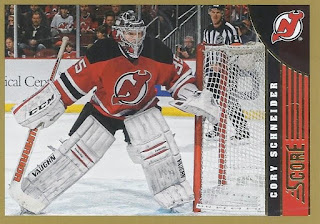 The gold parallel being dupe isn't a good omen. 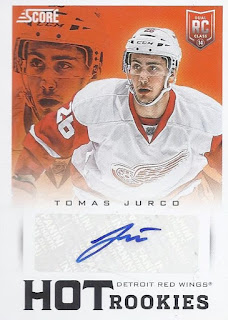 It isn't a good omen because this is now the 4th Jurco hit of the case.

The Prizm content was pretty bland. Jason was a backup-only netminder who still gets the card, while Jayson has been back-and-forth between the NHL and AHL since this card's issue. He's with the Avs now. 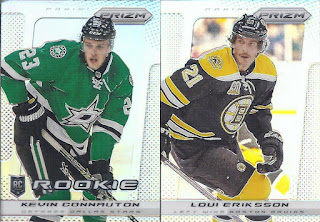 But I did get two shiny Prizm cards from the box. 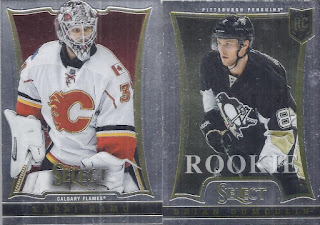 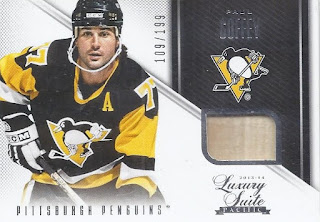 Normally, I'd be pretty happy with this card moving into my Rangers alum collection. Except I've already got this Luxury Suite card of Paul Coffey in it courtesy of a previous box. Since I generally follow a rule with my RA breaks that all dupes go to COMC, that's where this will end up. 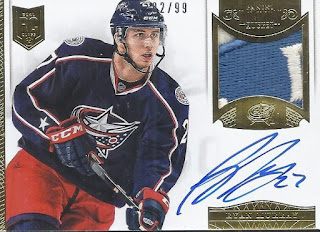 I can't end on a dupe, so I'll end with this instead. I also landed a pretty nice patch/auto of Murray last time, but I think I prefer the patch on this one.

And there you have it! 2 boxes left!
Posted by buckstorecards at 06:09