Along with my earlier Daniel Alfredsson post, I noted that I was in the lead with over 400 cards of his at TCDB. I also noted that the only collection I've completely entered there were his, my 2/14s, and my Jamal Murray. I only have 66 cards of his in comparison, but I'm also in the lead there when i comes to collecting the local product. 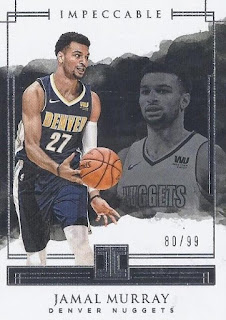 You know a set is high end when the base cards are /99. But we do have a really nice design here using multiple photos, and it is really nice that they do not use the same jersey on both the photos. The way the photos are positioned almost makes it look like he's passing the ball to himself. 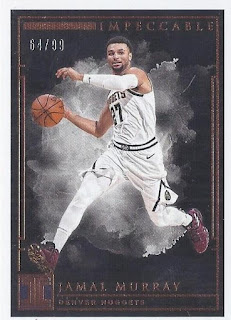 And one high-end base cards deserves another.

There you have it!
Posted by buckstorecards at 05:00