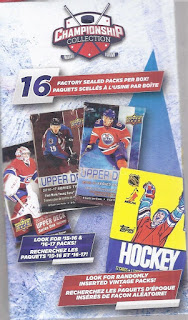 16 packs start my pack-busting repack fun. These packs were contained within:

It looks like half of the packs being 2012 Score are a given. I'll start with these. 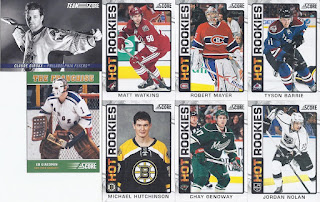 Here's the inserts and rookies. Only 2 of these players have played a game in the NHL this season, Barrie and Hutchinson, both as Leafs. 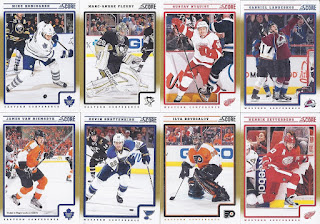 And the 1-per-pack gold parallels. Of these, only Komisarek and Zetterberg were needs for my "Don't build the parallel set, you fucking loon" set build. At least the Landeskog can go in the Rangers alum binder.

As for the rest, I'll go through them chronologically. 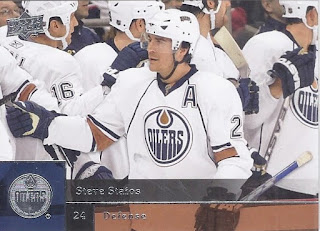 A casual, but still celebratory, Steve Staios wins the photographic war in the packs of 2010. 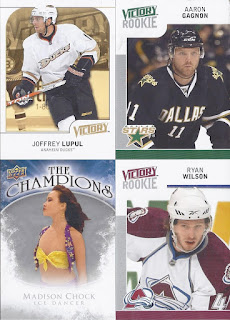 I can also bring out the 'ladies' label once I get to the inserts. 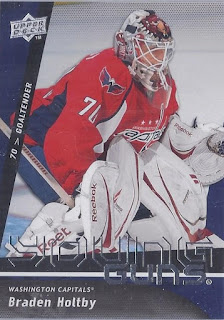 These also brought me the big pull of the repack, with one of the better YG cards that you can land in these packs. Brad Marchand, John Carlson, Logan Couture and Devan Dubnyk can also be found here. 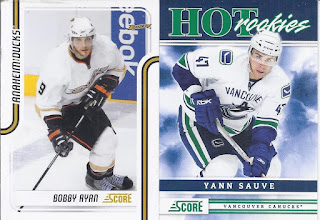 Instead of gold parallels one per pack, with 2011 there were glossy ones.  And another rookie that vanished from the league pretty quickly. 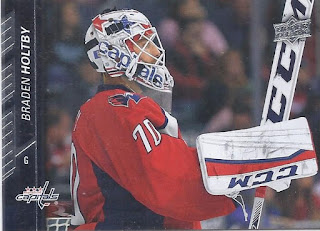 Not much of note in the '15 pack. So, here's a more recent card of Holtby than the YG. 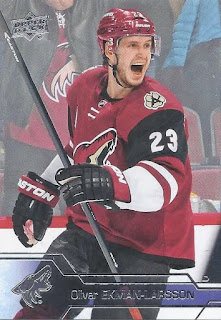 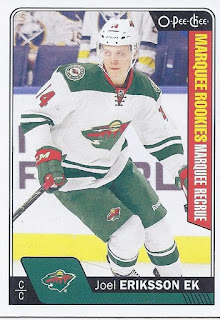 At least there was an insert in S2. 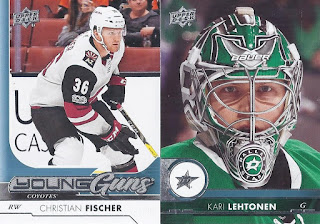 And it ends with another Young Gun, accompanied with a nice card for the mask binder as well.

The Holtby sure saved this repack!

Posted by buckstorecards at 06:09