I started posting the most recent envelope from Dennis @ Too Many Verlanders before the 12 RA Boxes of Christmas. With that well in the past now, I might as well wrap it up. I posted all the 2/14 content before, now I'm just going to do the rest in the order that the scans upload. 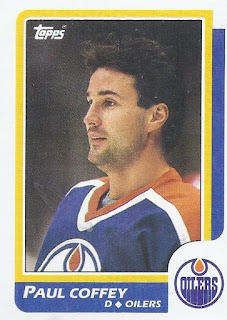 Starting off with a Kitchener Rangers alum. With hockey hair like that, you knew this had to be a card from the 80s. 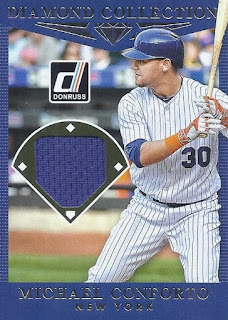 We have a quick move over to baseball and my Mets collection with this swatch from Michael Conforto. 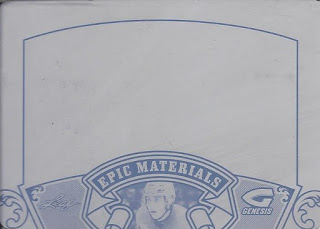 And although this is not obvious from the front, this is another Kitchener Rangers alum card, with that being Connor Bunnaman. He made his NHL debut this season in the opener with the Flyers, and got a Young Guns card in the first series. This 1/1 plate goes back to the Genesis release from 15/16 Leaf.

ol
Both of my main baseball player PCs, Carlos Delgado and David Wright, have been neglected over the past season. Here is to hopefully getting it back going again. 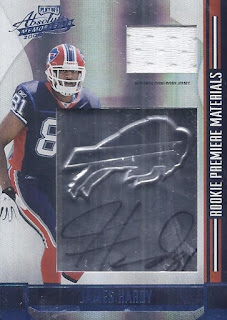 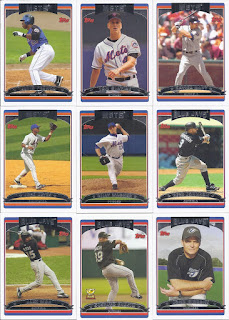 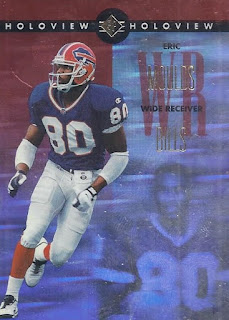 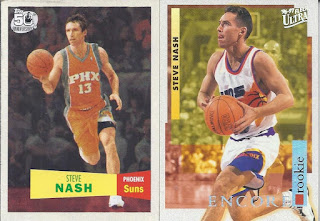 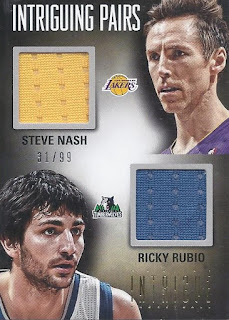 For the first time in the post, two groups of scans go together with some CanCon basketball. What is that made Nash and Rubio such an intriguing pair? They were skilled ballhandlers. That's all. 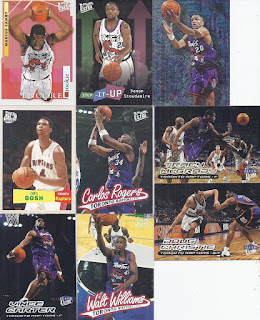 A trio of cards of a Canadian player lead into some from a Canadian team. That Ultra base card of Vince Carter is a beaut. 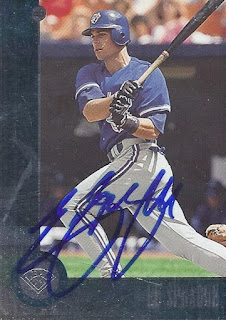 Sure, this isn't a certified auto. Who's forging Ed Sprague autos? 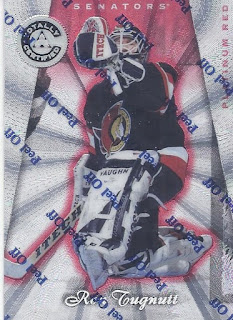 I might as well throw a Sens card in here as well with all the other miscellany. 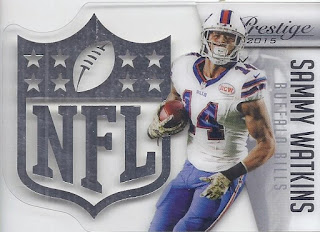 And that's a coffey.jpg through watkins.jpg ending to a mailbag. I've sent a return fire package, and that might even be posted between the time I write this and the time this goes live.
Posted by buckstorecards at 08:03