Whether it was from an actual e-pack purchase, or just a random card I got because it was cheap because of e-packs, here's some new cards. 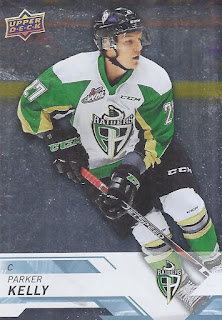 From their CHL release, here's Sens prospect Parker Kelly. He's still with the AHL team in Belleville, but this still counts as an Ottawa card, at least until he reaches the big club. Or at least gets a Belleville card. 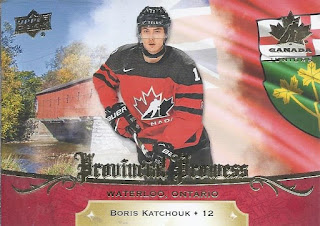 While it is nice to see a local landmark on a card, I must point out that the covered bridge shown here is not located in the city of Waterloo, but instead in West Montrose. 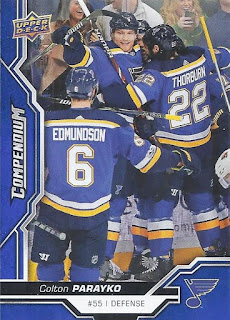 If you take the time to go through the cards, there's a good number of nice photos within the e-pack only Compendium set. Such as this, where Colton Parayko is celebrating a goal, but #3 in terms of photographic prominence. 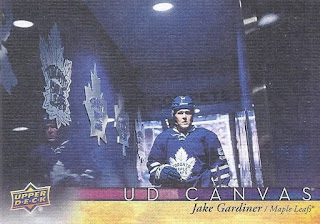 It also makes Canvas cards quite inexpensive. That makes me feel less guilty about adding a nice looking Leafs card to the PC. I can always claim the Kelly offset this one. 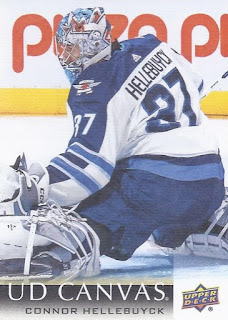 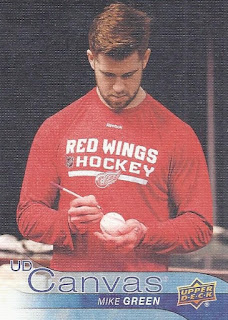 And here's Mike Green with his best WTF expression. 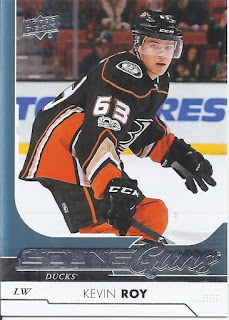 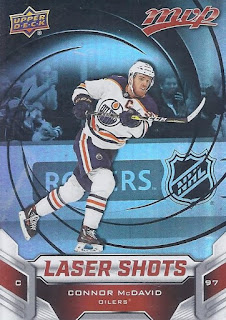 If I'm going to land a miscellaneous insert from MVP, it might as well be McDavid. 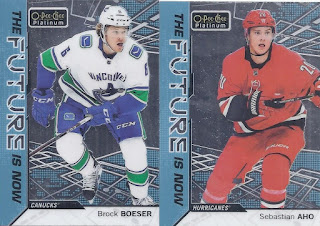 Some more inserts, this time out of Platinum. 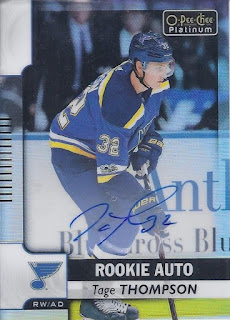 Hey! Here's a hit! Tage was traded to Buffalo as part of the Ryan O'Reilly trade, and has spent much of this season in the AHL, but it is still an auto! 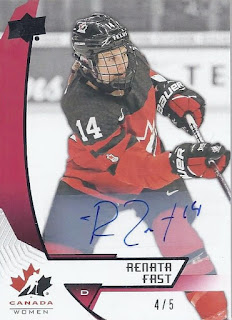 As is this, which is certainly a contender for the best card I've e-pulled. Low-numbered, and she saw action this past weekend as part of the All-Star festivities in St. Louis. Penmanship does take it down a notch, and I still have to give the nod to the jumbo Jeremiah Masoli relic at this point.

And there you have it!
Posted by buckstorecards at 09:16