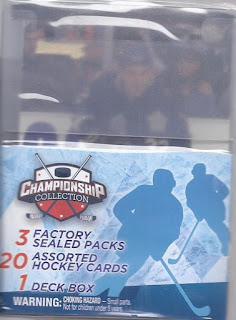 And this was the new repack. It is very much a junior version of the cubes I post frequently with less of everything, but also reflected such in the price. 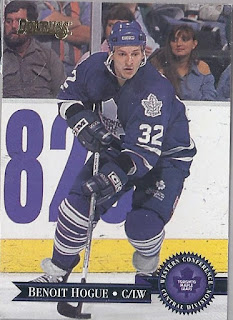 You can see one of the visible cards in the repack as this 1995-96 Donruss issue. Not much variety beyond that, because all the other assorted cards were from the same set. 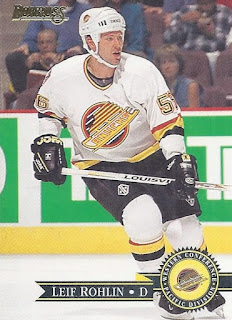 But there was still some interesting stuff in there. This was Rohlin's only major card in North America. 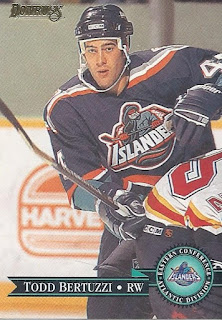 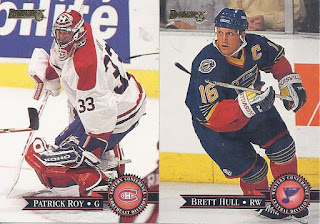 And if you were the type to think there would be no big names among the random cards, you'd be wrong. 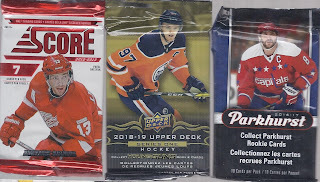 As for the packs - exactly what I expected. 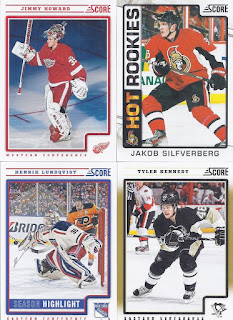 Although I didn't think that the largest number of interesting cards would come from the Score pack, but it did. Nice photos, a Sens card and a needed gold parallel, which I didn't need, since I'm definitely not building the parallel set. 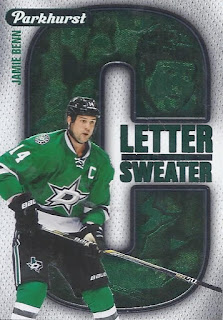 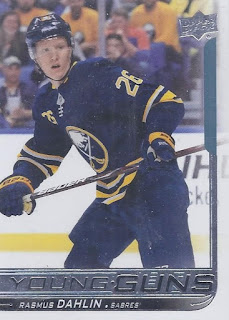 But this picks it up! If you're going to get a Young Guns card from last year's Series 1, this or Elias is the one that you want. I will have no more complaints about the cards from this repack when they wrap up with a solid one like this!

And there you have it!
Posted by buckstorecards at 05:30