The final box was a strange one. 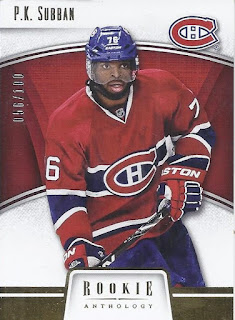 Pulling a gold wasn't unusual. What was odd was the fact there was no dummy card in the pack. My only complaint about the product was that dummy cards were only used in packs that contained a numbered card, or a Score/Prizm auto. Which meant that if the pack wasn't thicker than a 5-card pack should be, there would only be base cards, or maybe a Prizm or gold parallel in it. 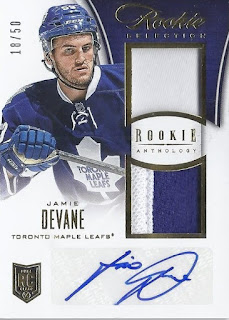 And a parallel Rookie Selection as well. I don't recall ever busting a box with two of them. This also puts me the 1/1 Tag parallel away from completing the Jamie Devane relic rainbow. 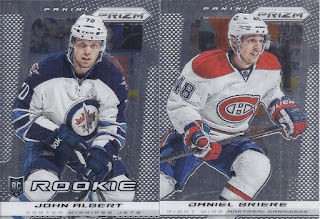 Staying with oddness - no Score parallel or auto in the box. So it is right to the Prizm content. 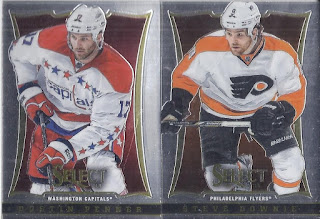 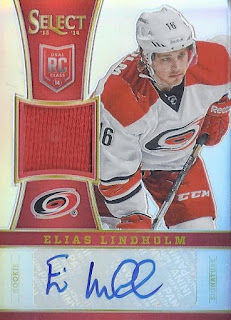 It isn't until the third auto/relic of the box that I finally get to something nice and shiny with this Elias Lindholm Prizm parallel /99. 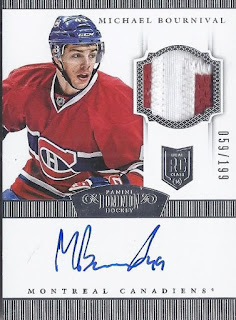 This is at least the third time I've pulled one of these. Maybe the fourth. At least it is a two-colour patch. 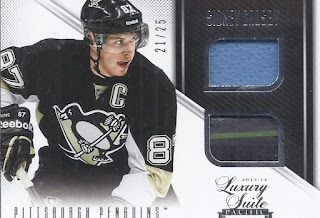 Last time, the final pack I busted (which was actually from a mystical, magical 13th box), resulted in a 1/1 Martin Jones laundry tag/auto. While this doesn't include an auto, and there are 24 more of these out there, ending on a Crosby dual relic is still pretty nice. This year I've pulled my first relics of Gretzky and Lemieux, so why not throw in a Crosby for good measure? When it comes to this portion of the Luxury Suite inserts, this was also SPd, with the more typical numbering being /99.

And there you have it! Another case in the books! I've got mailings still to get to, and I'll start a journey through my latest COMC shipment tomorrow.
Posted by buckstorecards at 04:17