With Hoops dropping later today, I figured I'd take some of my COMC credit
and turn it to blowout credit and use that to pick up some boxes of the new product. I was a little shy of the $250 credit level when checking out, and thought I'd pick up the product that would perfectly fit the amount between the cost of the Hoops boxes and the $250. 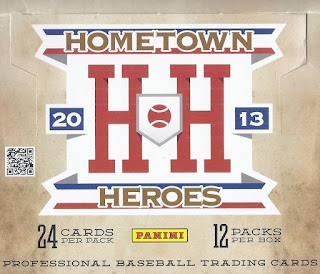 Nice that one of my favourite products fits the bill! 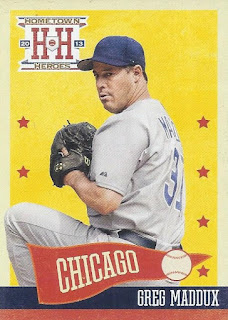 I won't highlight all the base cards, since I've already built the set. Interestingly, this is the first box I've busted where there were dupes among the regular base. Greg Maddux was the only one of the 40 SPs I landed. He's with Atlanta among the regular base, but is one of several players to get a card on a second team. 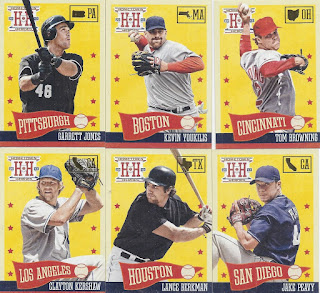 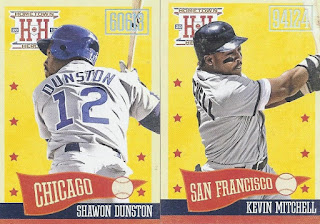 And your zip code parallels. The codes should be the ones to where the stadium is located.

I'm only going to highlight some of my faves among the inserts. Hometown Heroes was the only one where I hit the rainbow of all 3 versions of the card. This insert set is devoted to players who spent their entire career with the same team. 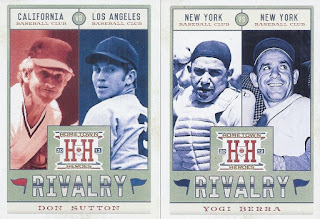 The Rivalry insert sets, which highlights players who played for two rival teams, allows me to get a Mets card for Yogi Berra. 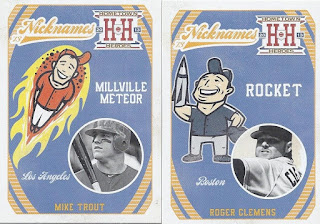 The nicknames set allows for cartoons on cards to make an appearance. 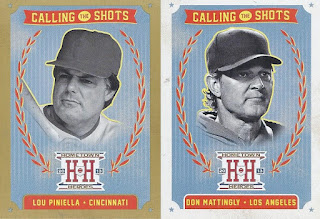 This is my first parallel from the player-turned-manager Calling the Shots set. 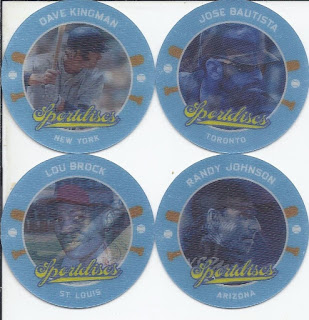 The Sportsflics-ish Sportdiscs set hit both of my teams with the Kingman and the Bautista. And that Lou Brock? 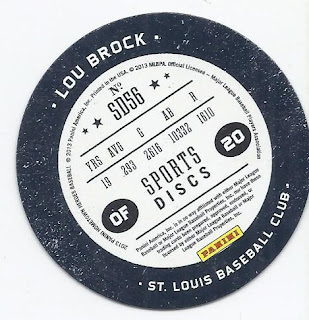 That's my first black parallel from these. I wish there was something on the front to distinguish these. 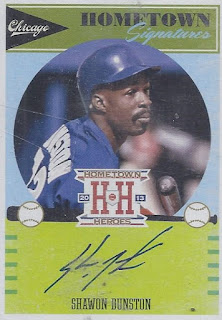 Hometown Signatures is very much like the fan favourites portion of Archives - a nice chance to land an autograph of a player who doesn't make a lot of appearances in recent sets. I've also got an auto of Shawon Dunston Jr, making this likely my first father-son pairing in any of my collections. 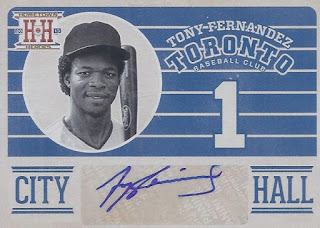 A Jays auto! Despite his inability to stay on the sticker, I'll still welcome it to my Jays hit binder. 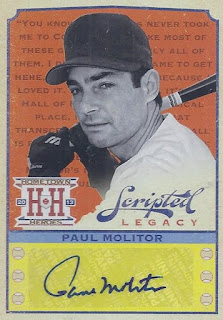 As will this also receive a welcome. There's no team specified on this, so I have no qualms calling this a Jays card. This can also replace the far less vague Molitor auto I've already got in there where he's wearing pinstripes. And that can be passed along to another blogger (which it is already packed up for).

And there you go! Depending when they arrive, I'll probably start showing off the Hoops stuff tomorrow or Friday.
Posted by buckstorecards at 01:33