And box #2. While this doesn't have the autograph oomph of the last box, this was probably the most consistent of the 3. 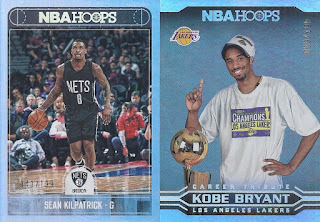 I'm not showing any base cards the rest of the way home, so I'm leading off with the parallels. Two /199 parallel cards were in this box, with one being from the last 10 Kobe portion. 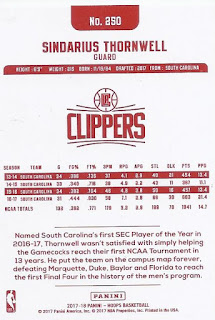 The awesomely named Sindarius Thornwell was my red-back parallel in this box. 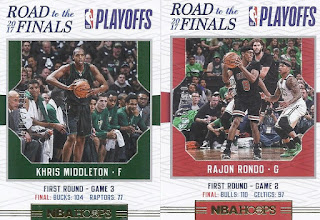 Two first rounder cards bring me the only Raptors content among these inserts. 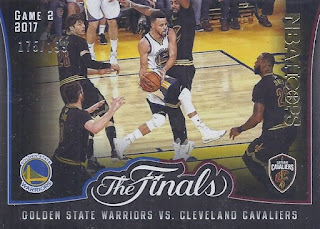 But I did land one of the Finals cards. These are really tough pulls, considering they're to /199 and they are limited to as many games there were in the Finals. This will be one of the few inserts I won't be keeping. 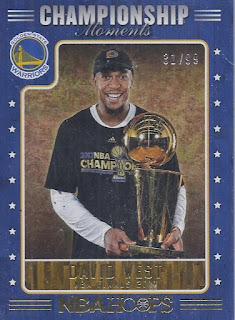 Cards from this set are slightly easier pulls than the finals card despite the lower numbering, as there are 19 total in this insert set. Each team member gets an individual card, and there are some team cards as well as some with the players alongside Bill Russell or Jerry West. Much like cards with the Stanley Cup, I love cards with players holding their respective championship trophy. A nice keeper! 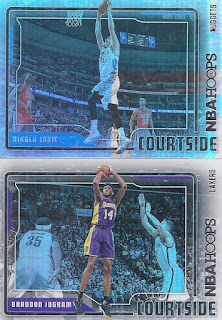 Looks like someone screwed up applying the shininess to the Jokic cards. I quick check on ebay showed that these aren't super rare error editions. In fact, these seem to be the standard for the Jokic insert. Not an ebay 1/1. Poopie! 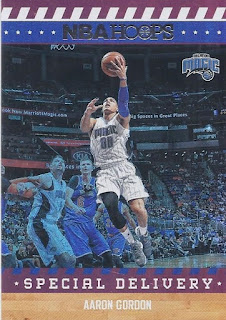 Regular, but still a special delivery. 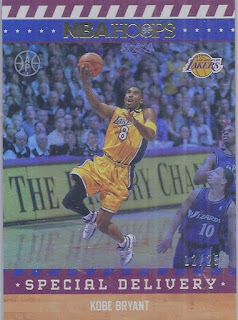 And an extra-special delivery, as this Artist's Proof parallel is numbered to a Christmas-y 12/25. 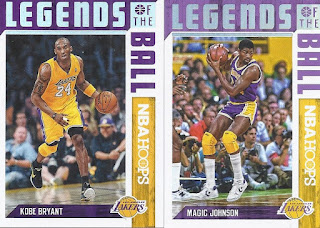 And here's yet another appearance of Kobe for good measure. 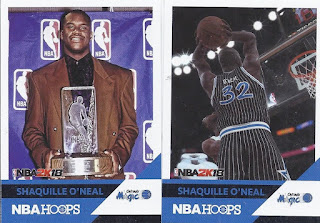 More Shaq-advertisinserts. At least one has him looking mighty dapper with the rookie-of-the-year trophy. 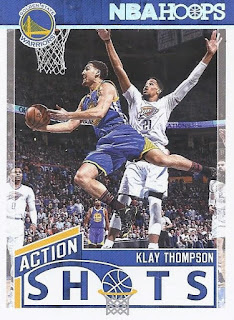 Unless you're doing a set like 1991 Studio, I really don't see the need for an insert set named "Action Shots". 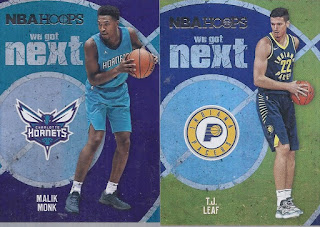 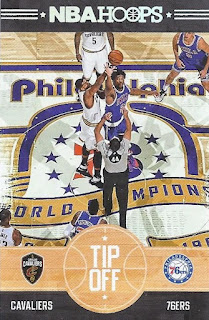 Tip Off. Another insert set that is exactly what it is named. 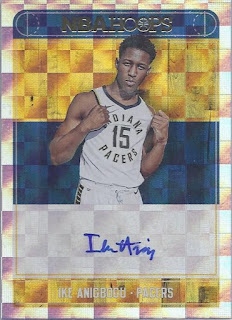 Here's another second rounder. At least this looks more like an actual signature than the Alec Peters mess yesterday, Slightly so, but still better. 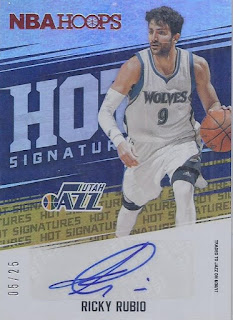 And there's my second Red Hot signature, While Ricky Rubio isn't on the level of the Dirk yesterday, it is still a pretty good one to get and not a name you expect to pull from a lower-end box.

One more box left!
Posted by buckstorecards at 10:06