These are addictive. I still have one of these to post from my original discovery of these at the Dollarama, and 2 more beyond that one. So, here we have another 'scan every card' post. 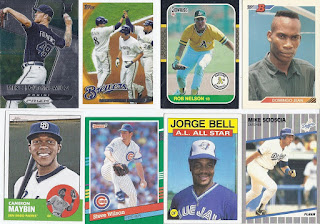 Prizm is an interesting way to start off, but that Domingo Jean wins this group based entirely on the haircut. At least he isn't wearing your typical 1992 Bowman hideous shirt. 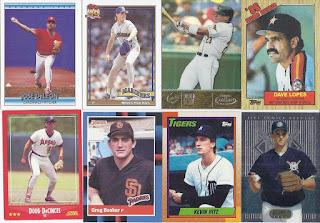 I was not expecting any Bowman's Best to come out of these, even if it isn't of a major name. Ditto Gold Label. 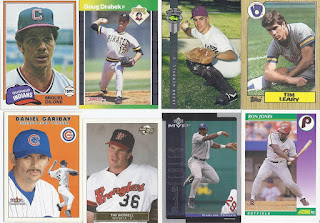 Garibay is one of the more obscure members of the 2/14 club, but that card is a dupe. A really great repack variety here with some minor league cards, a double play throw and the always welcome 1981 design. 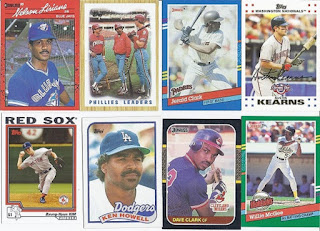 Even with a Jays card in the group, it really is hard not to proclaim the sidearm windup photo on Kim the best of the lot. 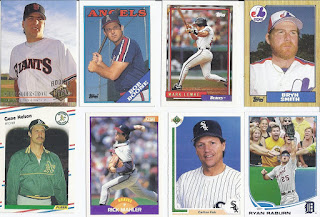 If Ryan Raburn didn't catch that ball, I'm sure the guy in the yellow shirt did snag it with his mouth. That card also wraps up the first half as the second of the visible cards. 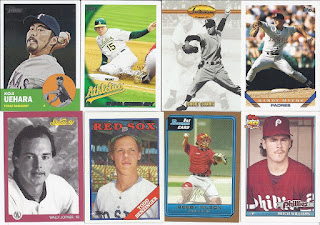 A gold parallel? That's another unexpected card. Bobby Wilson is still active, having spent last season in the Dodgers organization. 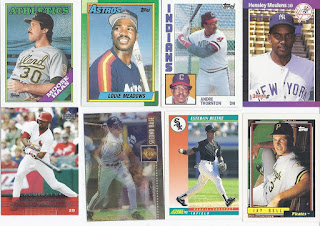 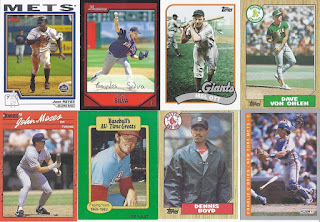 Two Mets are nice, but they're both dupes. The Mel Ott should be the easy winner here with sorta retroish Vintage Legends insert, but I admit I like the printed facsimile signature on Silva. 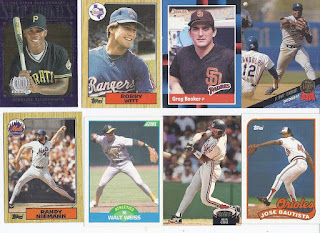 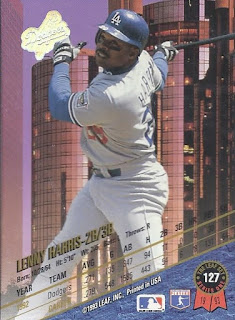 Must show card back! 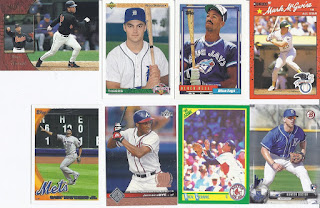 It took this long to get to a horizontal card? The Rick Cerone proves that the player doesn't have to be perfectly cropped to the middle of the card for it to be an interesting photo. And this is all the way back in 1990! The last card of the break is the most recent card in the repack,

There you have it!
Posted by buckstorecards at 04:39