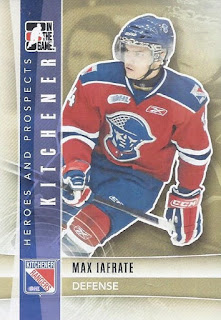 2011 Heroes & Prospects - Max Iafrate - An easy decision to grab this repack. A visible Kitchener Rangers card on top, plus an alternate uniform? Yes, please! Any other keepers the rest of the way home are bonuses.
1990 Bowman - Todd Elik
1990 Score - Gino Cavallini 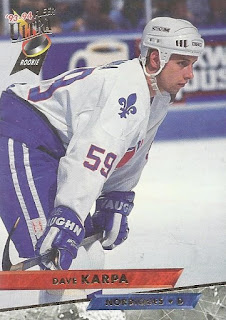 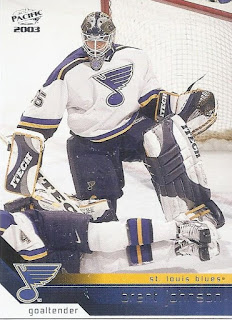 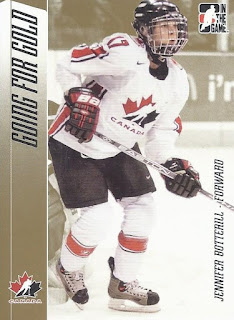 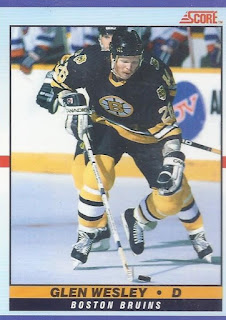 A perfect start to this, with some decent randomness with the Botterill as well. 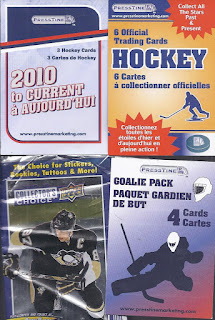 All cards in the Surprise Bag.

The 2010s pack was OK. You have a major name there, but I really love getting a new OHL card as Bryan Little rocks the Barrie Colts gear. 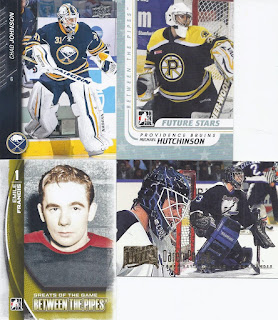 While the goalie pack usually means mask binder goodness, not this time. The qualifying cards were dupes, and I also already had the Francis. 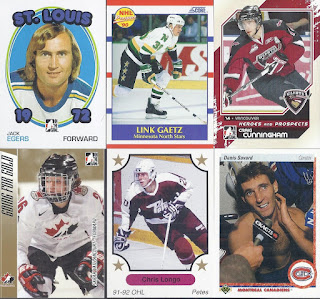 Fortunately, the misc. pack was really good. Jack Egers is a Kitchener Rangers alum, dating back to the OHA. The Petes sport one of my favourite OHL uniforms. There's another card from the women's team. Sarah has two Olympic golds. And the Missing Link! Poor, shirtless Denis Savard is in a distant 6th. 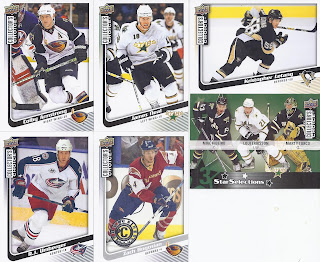 I think that's the first pack of 2009 Choice I've busted. At least that 1/3 Turco card is enough to get me to send it to TMM. Of course, this is just two days after another package went out. Since why should I be efficient?

And there you have it.
Posted by buckstorecards at 10:42