And time to bring this thing home. 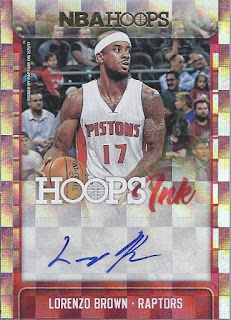 I'm going to open with an autograph this time. Because it is the only Raptors insert or parallel that I picked up in the boxes. Lorenzo Brown will probably spend the season going back-and-forth between the 905 and the main team, so this will likely be his only card as a Raptor. Kyle Wiltjer, who also appears in this subset will be in the same boat, especially since he just signed to play in Greece. A zero-year (tm. Nick @ Dime Boxes) auto of his will likely have me sending out the bat signal for a stateside trading partner. 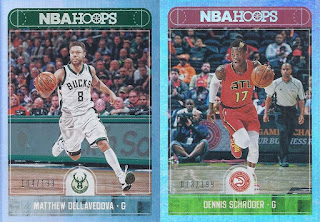 And now the parallels. I always like getting Dennis Schröder cards, since umlauts rule! 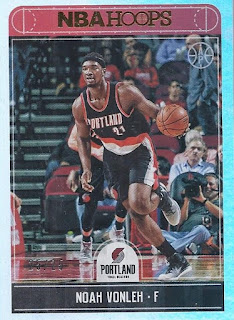 I pulled two non-silver base parallels and it looks like both of them will be heading elsewhere. My next trade package to Kerry @ Cards on Cards should have this 25/25 ebay 1/1 of Noah Vonleh in it. 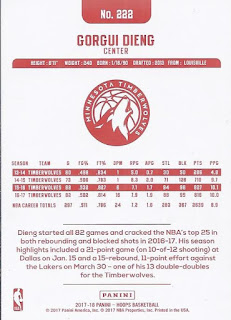 And the red backed card. 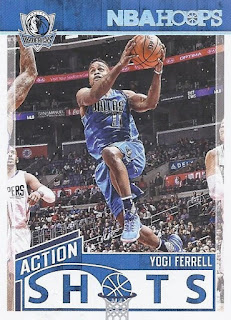 When it came to the rest of the parallels, there were a lot of dupes. And that's not counting the Shaq video game promo cards. But I should at least highlight a card of a guy named Yogi. 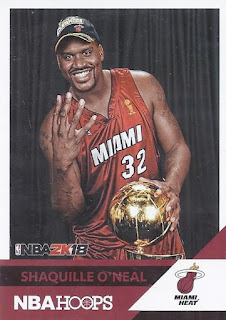 But I got one new 2K18 Shaq card! Another trophy card! 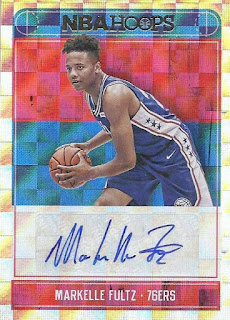 And the other autograph in the box. A #1 draft pick? More importantly for me, a #1 draft pick with a pretty decent signature? Even better!

But that's not all! I need supplies at the LCS, so I opted to pick one final pack of the product. Kinda of a "support your LCS" deal. 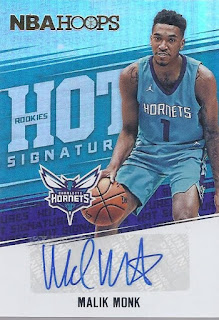 Another lottery pick auto! I like the star at the end of his signature, since it is something different when it comes to an autograph.

So, 3 boxes and one pack landed me an autograph of a legend, a pair of lottery picks, a Raptors auto as well as a pretty good veteran auto, with two of them being /25 parallels. That's a pretty hot hand. With Upper Deck CFL set to drop later this week, I hope it will continue!
Posted by buckstorecards at 14:46