There are now two options for $3 at the Dollarama. The usual is the 15 card hanger and Surprise Bag for a hcokey fix, or the newer $3 for 80 baseball card hanger packs. Time for one of each, with the hockey today and the baseball next time.

As usual, starting with the hanger. 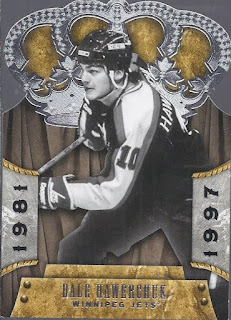 2011 Crown Royale - Dale Hawerchuk - Nothing beats a cool looking card as one of the visible ones. I think the cards from the legends portion of the set were SPd, but since I'm not set building and keeping the card, I don't care too much in the long run. 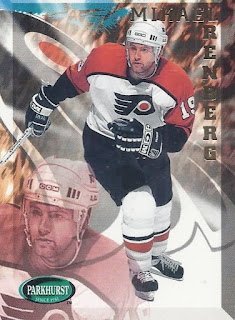 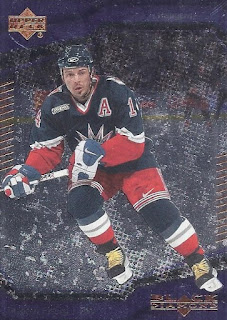 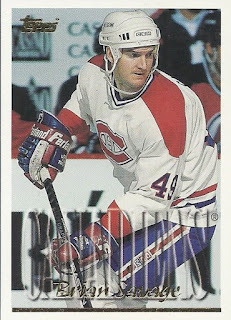 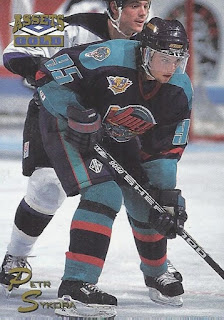 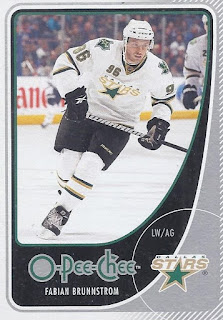 2010 OPC - Fabian Brunnstrom - And the other visible card.

A great first card, and a couple of sets I didn't expect to get cards from make this a pretty good $1. Off to the Surprise bag. 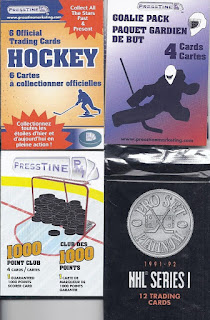 All cardboard content this time. I'm kinda excited to bust the Platinum, since I don't think I've busted any of that since the initial release. 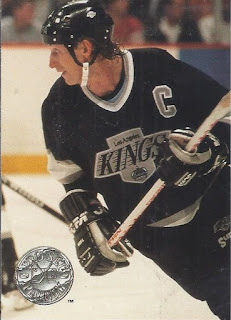 Even if it is junk wax era, it is always nice when you get a Gretzky from one of these.

I'm not going to shoe everything from the Platinum, but this was a pretty nice set with a nice mix of casual and action shots to go with the full-bleed photos. 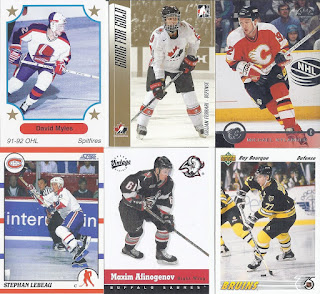 There's a nice variety in the miscellaneous pack as well. Ladies content. Vintage (modern Vintage, at least), Ray Bourque and another obscure repack set on the Nylander in 1996 Leaf. 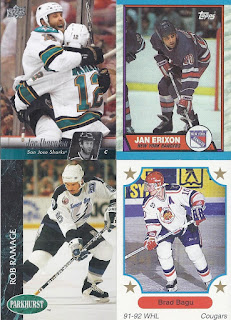 The 1000 pt packs usually consist of a junk wax era card of someone such as Glenn Anderson. I was surprised to see a recent card of a current player, and one with an interesting photo as well. 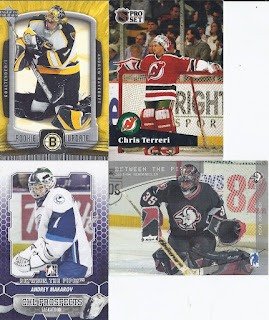 And three of the goalie pack cards are qualifiers for the mask binder. Sorry, Chris Terreri. Mika Noronen easily wins the category of "most likely to also be used a heavy metal album cover" with his.

That's a satisfying $3. How will the baseball match up?
Posted by buckstorecards at 08:35