Too Many Posts for one Envelope

3 posts, spread over several weeks to wrap up a trade envelope from Dennis @ Too Many Verlanders/Manninghams sounds about right. Especially after returning fire this morning, it seems like a good time to wrap up the envelope. 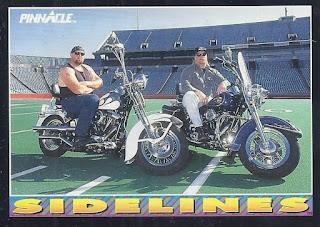 There were some nice dents in my Top 10 most-wanted cards. First off, a card for the Bills collection, and probably the first appearance in the binder of both Glenn Parker and Mitch Frerotte. I can't imagine a subset getting a card devoted to two OL guys nowadays. Sadly, this card gives no hint as to the glorious mullet that Mitch sported. But that is a nice view of Rich Stadium. 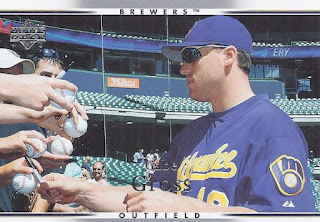 I really can't have enough cards of players signing autographs. This was card #2 that fell off the top 10. 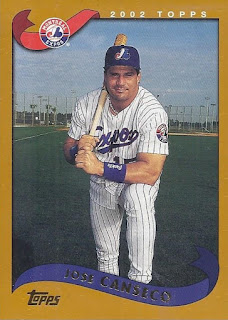 #3! The only evidence that Jose Canseco ever played for the Expos. For a handful of pre-season games.

And that's it for the wantlist cards. I've updated it with 3 new cards, and, in anticipation of zistle shutting down sooner rather than later, I've removed links to there, and replaced it with a slightly less reasonable wantlist, limited to 5 cards.

And the rest, all over the place in terms of my various PCs. 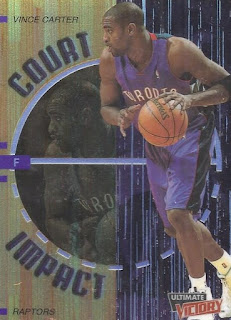 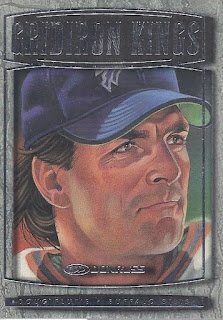 A card that Fits both my Bills PC and my drawn cards PC. 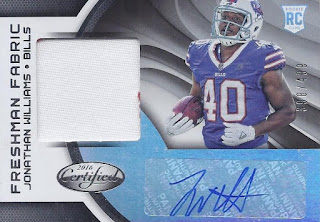 But this card with a hint of two-coloured patch is a Bills card only. Williams is yet another example of a draft pick from 2013-16 that is no longer on the team. The total from 4 years still around at the start of this season? 6. Ouch. 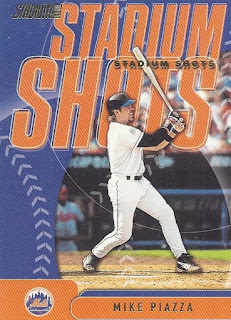 A card for my Mets PC, 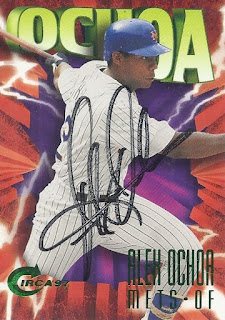 as well as an autograph. 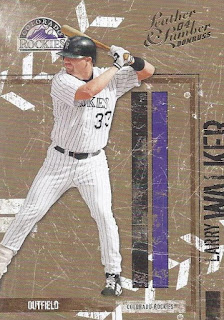 And some CanCon ends it.

Whew! I'm finally almost sorta kinda caught up on the mailbag. 1 PWE left, assuming nothing arrives in today's delivery.
Posted by buckstorecards at 09:20