And now, the expected portion of the trade with The Collector. While this is a 50/50 trade with some random basketball heading my way, there were actually 54 cards in the mix. Plus the cards from a previous post. Plus I sent about 60 in my trade envelope. So, 60/60? 60/64?

Either way, since 9 cards per scanner does end up as a facotr of 54, I'm scanning 'em all. 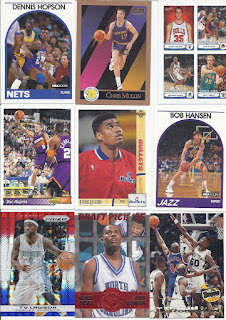 I'm leading with the loudest card in the group, a red/white/blue Prizm of Ty Lawson. The bottom row is pretty interesting, with that, a die-cut card, and a nice rejection from the Admiral. 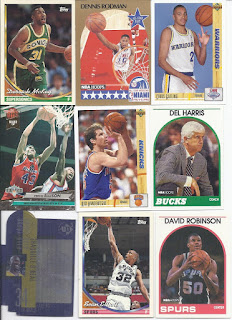 While that isn't the super famous rookie card of Robinson from 1989 Hoops, that still counts as a rookie of a HOFer. The grayish portion of the Shaq card features a hologram, but you rally need to hit the right angle to see it. 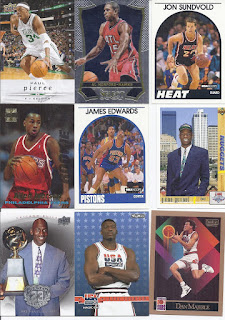 Who wore the suit better? Mutombo or Jordan? 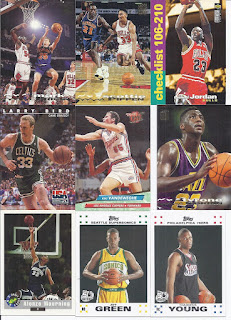 Jordan. Bird. Pippen. Mourning. You could pick anybody else on this page to round out a starting 5 and still have a team that could run the table. 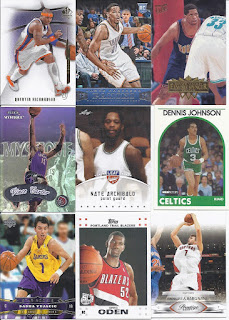 Raptors content! WOO-HOO! And that Nate Archibald seems like it was a Celtics one photoshopped away, so that's two each for my PC teams. 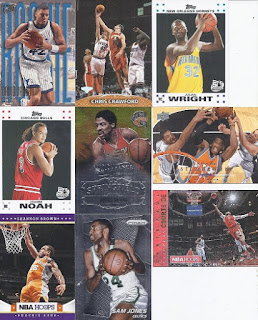 A couple horizontal cards in the final batch. The Courtside will fit nicely into my binder with the past several years of Hoops.

Thanks for the randomness! It felt just like busting a repack, which is always great!
Posted by buckstorecards at 11:56