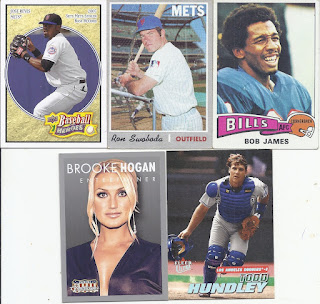 And a great start it is! Not just a vintage Mets card, but also a vintage Bills card as well. Can I consider the Brooke Hogan to be a wrestling card as well even though it isn't associated with a wrestling company? Certainly! Todd Hundley's photo is pretty Panini friendly. 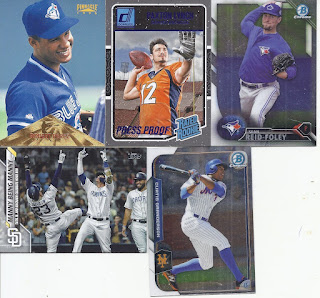 That Paxton Lynch parallel was probably a great pull in 2016. First-round QB moving into a situation where he'd contend for a starting job with Manning's retirement. Now, he's on the list of first round busts. 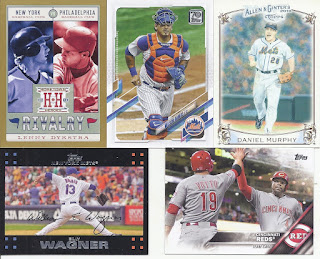 Does a team card that features Joey Votto's back count towards my 'Canadians in MLB' collection? Certainly.  Does a card that is half-dedicated to Lenny Dykstra's stint with the Mets count as a Mets card? That's another yes. 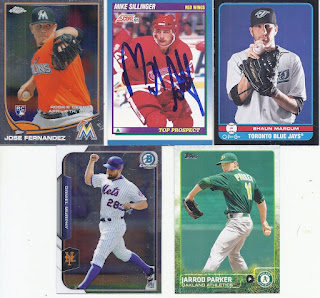 Much as I planned on keeping most of the cards in this, but I think that a Red Wings fan would like that Sillinger autograph more than I. It isn't certified, but I can't imagine someone would forge this. That Jose Fernandez rookie is kinda depressing nowadays. 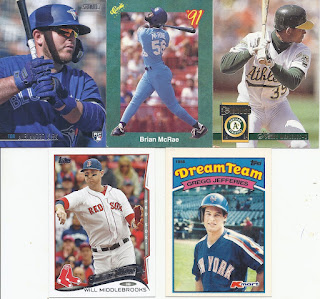 Can Gregg Jefferies count as a Dream Team member when he looks to be about 15 years old in that picture? 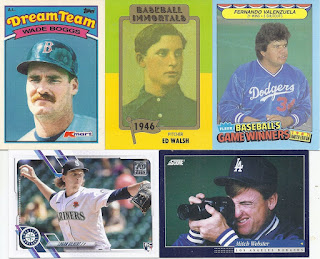 This might be the first grouping I've made in this post that doesn't contain a card that fits into one of my personal collections. But there's still greatness here with the Memorial Day jersey, Orel's camerawork, casual Fernando and a couple HOFers. Who needs PC additions with fun cards like these? 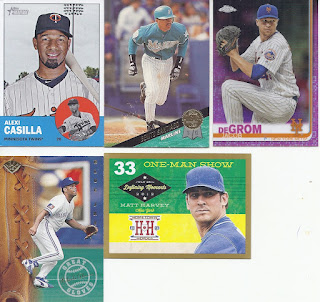 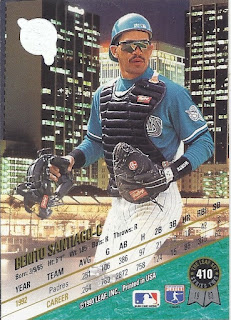 I gotta show off the back of the card, too! 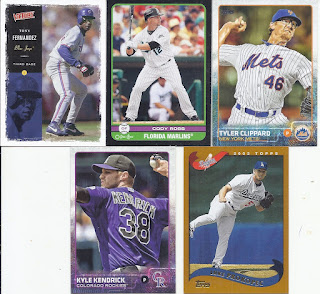 I've already got that Tyler Clippard card in my 2/14 collection, but it isn't a dupe in my Mets collection! That's what I want with a dupe! That Kyle Kendrick may have the most purple ever on a baseball card. That Tony Fernandez card is from his third stint with the Jays. I don't think he got that mentioned his 4th stint until post-retirement. 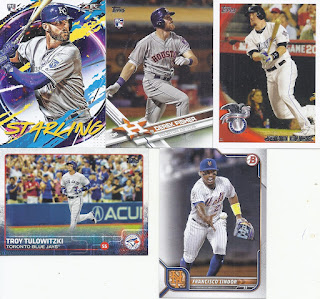 I think that Lindor is the most recent card in this repack, but I really don't feel like going through release dates to find out how true that is. Derek Fisher will always be remembered, by me at least, as the guy who got hit in the face with a pop fly. And John Buck was an All-Star at one point, and he's got the cardboard to remember it by! 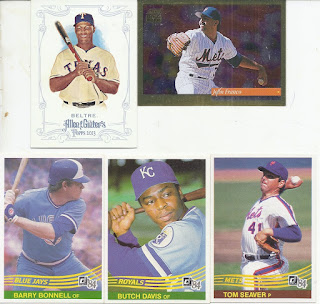 Tom Seaver, wrapping up a short streak of 1984 Donruss, is an ideal way to end this portion of the mailer/repack.
Just one more left!
Posted by buckstorecards at 08:35