Just call it laziness. I received the results of this Blue Jays GQ group break so long ago, I've already been able to ship the dupes from it to a fellow Jays collector just down the road. (sorta, but still pretty close in the geographic scheme of the planet)

So, here's some scans of the cards that weren't already post over at Crazie Joe's. 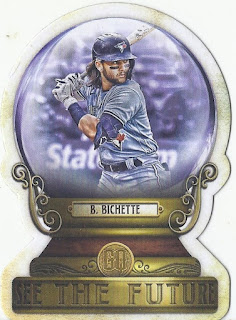 What does the crystal ball hold for B. Bichette? 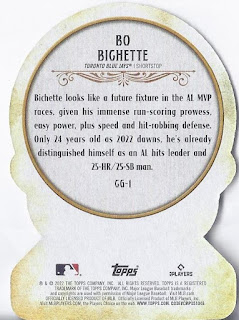 Probably not 25/25 this year, but this prediction conveniently didn't include a time frame. 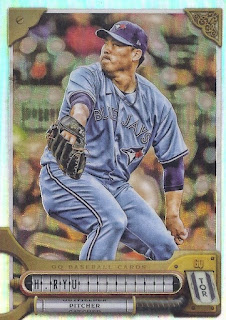 Of course, there are lots of parallels, although I must admit I don't really get the concept of chromed parallels on a set with this old-timey feel to it (see also Heritage, A&G), but who am I to complain about it when it lands me another Jays card I didn't have. 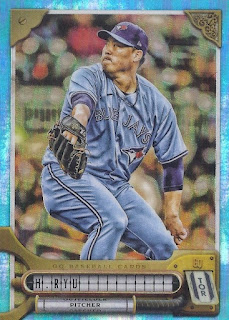 And even I'll grudgingly admit that they look really, really nice in instances like this where the colour of the parallel match the uniform so nicely. 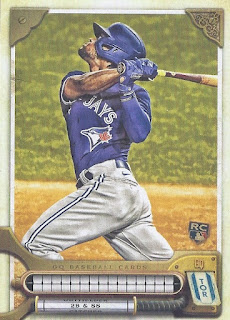 Here's something completely different. This is the missing black plate variant, but based on the rest of the design still having a lot of black in it. The name is still missing on this, so you would have to turn this over to recognize it is an Otto Lopez card. 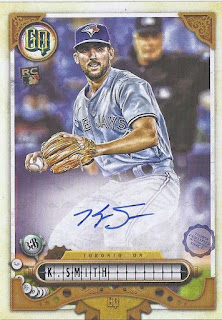 And an auto! Kevin Smith went to Oakland in the Matt Chapman trade. At least he left his initials behind for his signature.
There you have it!

Posted by buckstorecards at 12:37