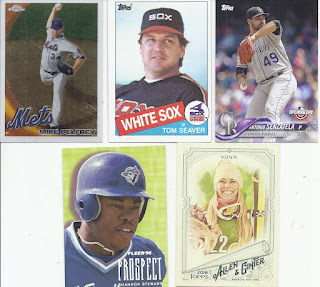 The first batch is just typical of this fun repack. Mets content. Jays content, and some randomness. Non-Mets Tom Seaver is still a Tom Seaver. 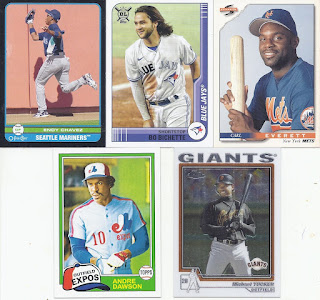 I guess if you're going to to salute a card from the 1981 design for an anniversary set, doing so with one that allows for the tri-colour Expos cap to appear is the one I'd go for. Nice choice of a Bo-Flow photo for his card from Big League. 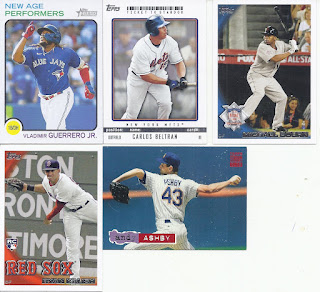 I didn't get a dupe of that Vlad Jr NAP card while busting boxes for the set, so while it isn't a need for the set, it is a nice little Jays addition. Ticket to Stardom was yet another failed attempt from a non-Contenders release to use the ticket motif on a design. The way Ashby's back arm is set up against the top of the wall behind him almost gives the impression that they used a multi-image for this card. 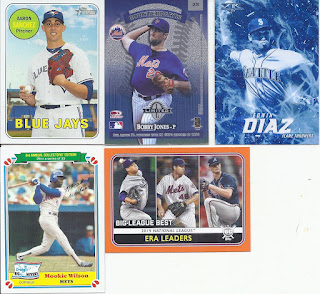 He may not have migrated to the Mets yet in 2017 Topps Fire, but that's still a pretty nice looking Edwin Diaz card, in all its wonderful loudness. That's a Blue Chip parallel. Ramon Martinez is on the front of that Counterparts card, which I should note since I received this from a Dodgers collector and ignored that player completely in the scan. 1/3 of a card featuring a Mets player still counts. But the best of this is the Drake's card, my second '83 Met of the repack. 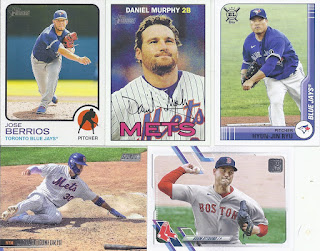 As with the Vladdy, bring on the Jays dupes from Heritage! 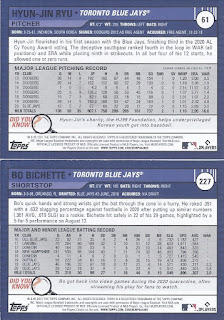 And this is the perfect time to show off a pair of 'Did you Know's from the Big League. 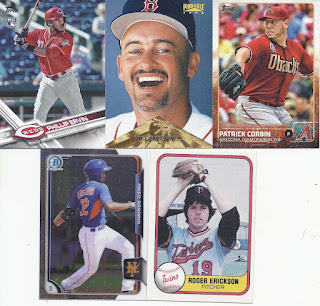 What is Greenwell laughing at? Perhaps at how cheap the old Toronto Exhibition stadium looks behind Roger Erickson on his card. 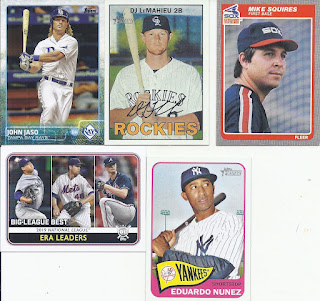 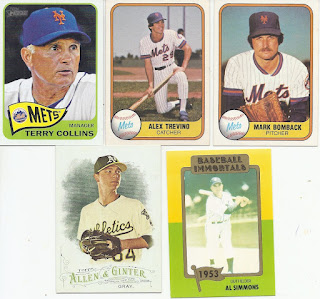 Much as I love the pennant, working a baseball into your design is also pretty nice. 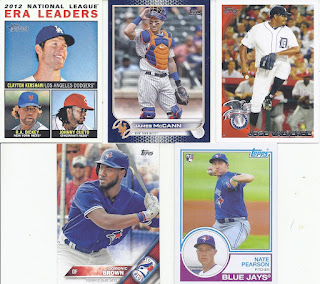 Even if a Met takes up less than 1/4 of the photo space on the card, it still counts as a Mets card. I've busted so little 2022 Topps flagship that I had to make an effort to find what parallel that James McCann card was. 'tis a Royal Blue parallel. I guess Domonic Brown's free agent signing with Toronto was enough to warrant a card, since he never played for their big league team. 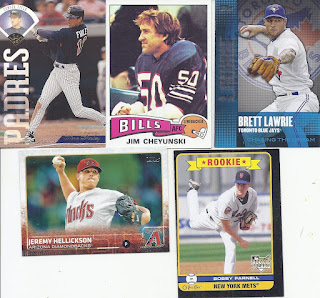 Fin.
So, thanks for the repack, Night Owl and all the goodies contained within! Lots of PC stuff, but lots of the randomness I love from busting these! I've got a few cards aside to hit you back, but still want to fatten it beforehand.
There you have it!
Posted by buckstorecards at 06:39