This weekend, I'm going through the other 80 cards in the repack from P-Town Tom. The first was pretty nice. What does the second one provide? 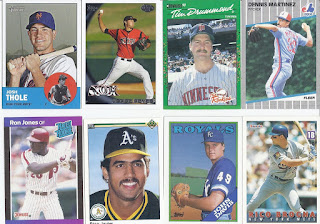 You'd figure I would start with this one since one of the visible cards was a Mets card. That Thole has to be a dupe, but that Brogna sure wasn't. Throw in some Pro Debut, a box set card, and an Expo, and this is a solid start. 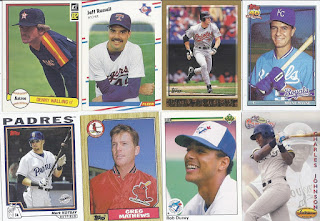 While there was some 1970's content in the previous one, the earliest cards in this were from the early 80s. 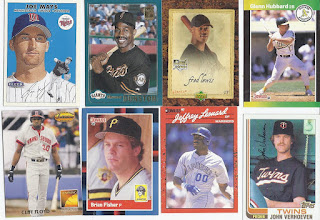 Heritage...Tradition brings a somewhat familiar design. Even though he really bounced around in the later stages of his career, it feels odd seeing Dunston on any team but the Cubs. He made several stops in San Francisco as it would wind down. 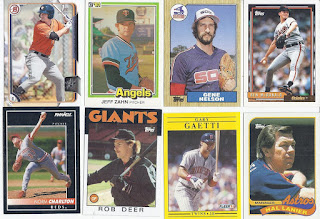 1981 was as old as the cards in this got. Gene Nelson might be a baseball player, or some homeless guy who slept in the dugout that convinced the Topps photographer that he was a player. That mesh jersey doesn't help distinguish between the two. 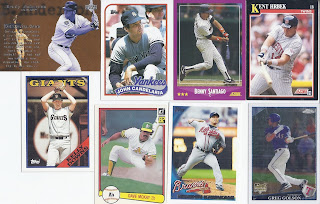 Coming across an older card in a repack is always nice, and it is even nicer when it fits into one of my PCs, as Dave McKay moves to the Cancon binder. The Kelly Downs is also pretty nice, rewith the retired number of McCovey behind him.

And that's the first half. Part 2 next time.
Posted by buckstorecards at 04:30