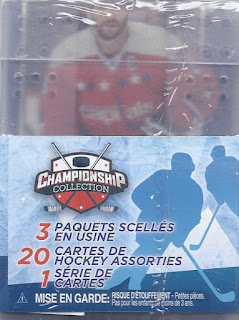 There's not a lot of repack options at Wally World, so here's another one of these. 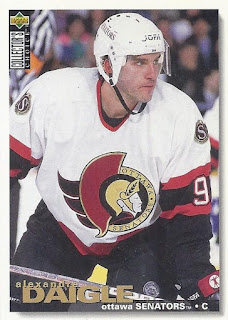 I'll start with the 20 assorted cards, of which I did get myself a new Senators card out of the deal. 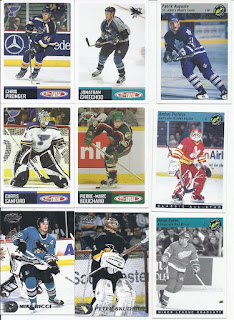 There was a nice representation of cards I don't see much of in repacks. I like the appearance of Topps Total in this, even if the players featured really don't seem like the obscure healthy scratch types you'd expect from Total. 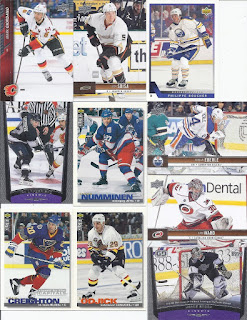 Here's the rest of the cards. The game-dated photo makes the Storr card the highlight in this group. 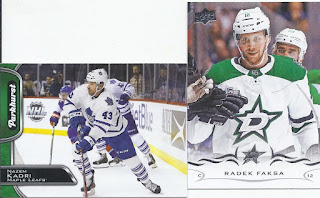 There were a pair of Rangers alum among the packs.

And the pack hits. The black parallels are slightly rare in these, being 1:10 packs. And a Young Guns card as well. Hyka spent a handful games with the Golden Knights over two seasons, but is back overseas this past season in the KHL.

There you have it! A perfectly acceptable repack.

Posted by buckstorecards at 12:29