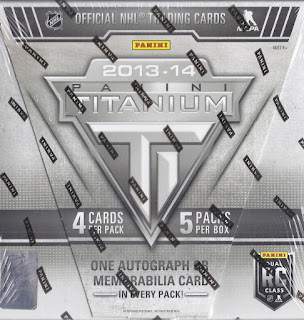 Let's go back to the double rookie class year and bust some boxes! Instead of the usual suspect from that year for me, although that is to come, here's some Titanium. 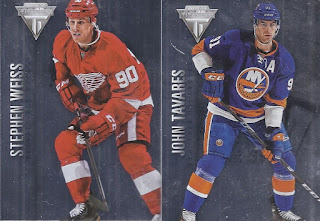 I'm just going to show off the first pack's worth of the regular base cards. The chrome hobby base do not scan well at all. 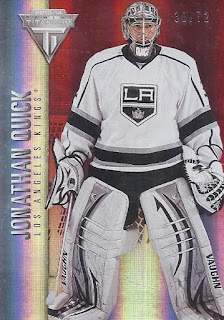 But I did get a base parallel. These parallels are numbered to the player's draft position - Quick went 72nd overall. A nice photo as well and it works with the design to create a spotlight-ish effect. 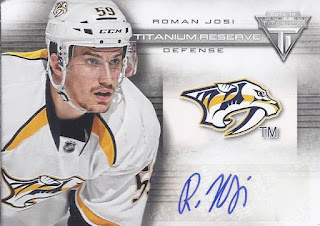 And my first hit isn't that bad of one, and it does nicely complete a Titanium pairing, as I pulled the jersey # true rookie in a box break of their 11-12 release. Sweet! 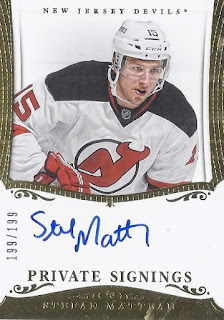 Auto #2 isn't the most spectacular rookie from 13/14, but he's still playing on this side of the Atlantic and had a few games with Columbus this year. And it is on-card as well! 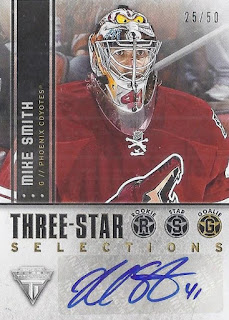 3 packs...3 autos! And it features one of my favourite mask paint jobs from the past decade as well. 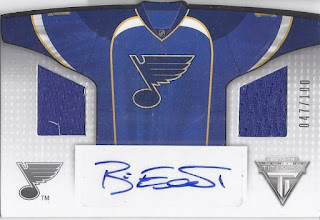 And yet another auto, combined with a pair of swatches. But I am disappointed that a mask binder player doesn't feature that. Boo. 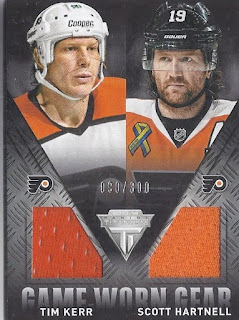 I knew I wouldn't go 5-for-5 for autos, but this is fine. I didn't expect that I'd be pulling a Tim Kerr relic in this.

And that's the box. Nothing amazing, but still pretty solid. Next up, some Rookie Anthology. Even with me in the stage where I should probably only buy singles, I can't resist a box. And believe it or nuts, it kinda worked out.
Posted by buckstorecards at 12:36