The mailbag opens today, and out comes a PWE from Kerry @ Cards on Cards that is was nothing but Raptors. 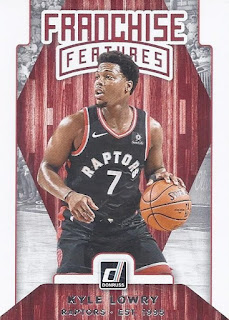 Is Kyle Lowry really the Franchise player now? With the Championship, I can't really think of a better candidate. Maybe someone such as Vince Carter would be the bigger star, but Lowry is the guy I think of with a lengthy stint with the team, the team's success and player success. 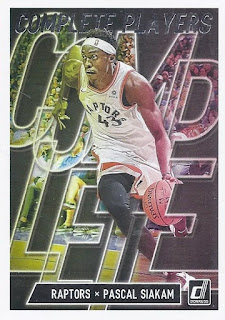 But Siakam might be a candidate to knock out Lowry out of the position long-term. 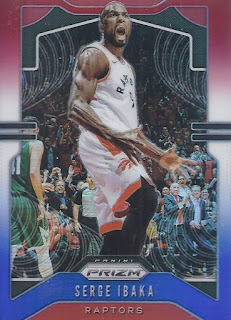 This super-excited Serge Ibaka is the only other card from this year's calendar of releases. I could totally see myself going for a one page rainbow of this photo. 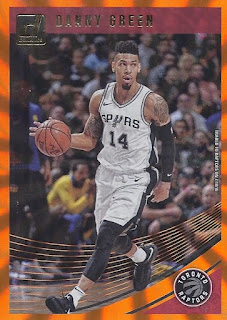 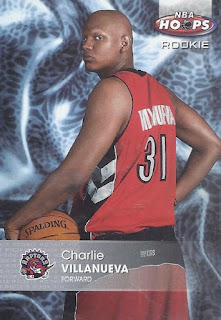 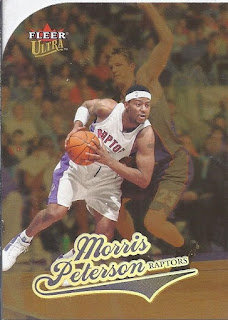 The PWE closes with a pair of cards back to the mid 00s and the less-memorable era from the team. I just wish they'd also highlighted the player MoPete was going past on his card instead of blending it into the gold of the background.

Thanks for these, and I hope my not-PWE has made its way to Oregon safely!
Posted by buckstorecards at 21:27