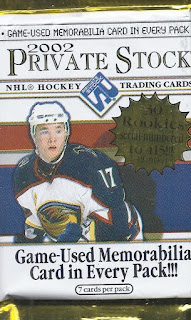 The second group of 4 packs to wrap up this box.

Only 3 base cards would indicate the presence of another insert. 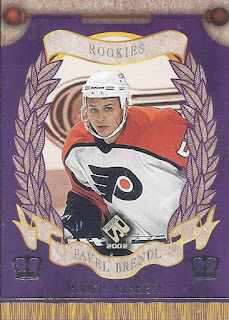 And here it is, with a Reserve Rookies card. Despite the Private Stock logo right above the name portion of the card, this seems more like a look I'd expect from a Crown Royale insert, even in one of today's releases. 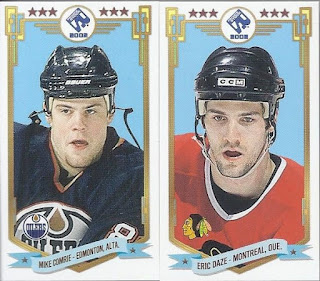 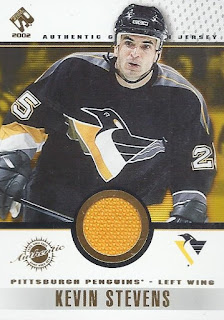 And the relic. Yellow isn't a common colour for a Pens swatch, and Kevin Stevens has a lot fewer swatches out there that you'd expect from the 90s mainstay, so this is a pretty nice hit. 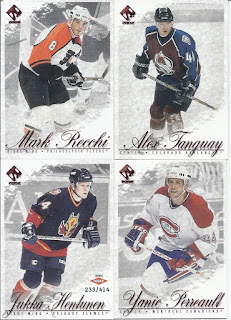 There's my only numbered rookie base card in this. I had absolutely no memory of Hentunen. He played 28 games for Calgary, 10 more for Nashville, then played 10 more years in Europe. Still pretty good for a 6th rounder! 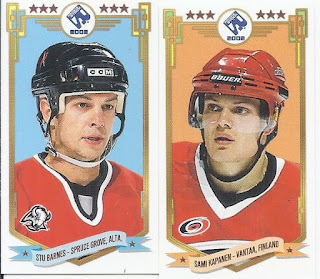 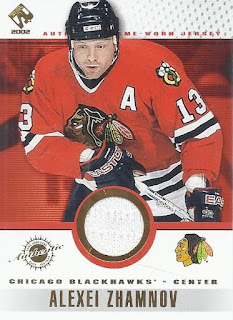 Yet another 90's mainstay for the swatch. 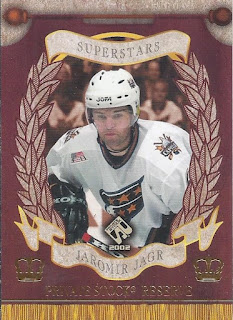 And the insert is of a positively youthful Jaromir Jagr. 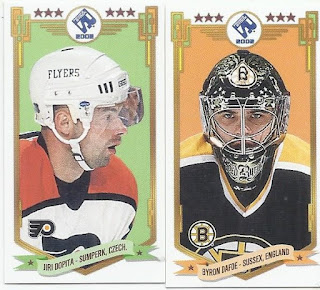 Inserts add a new card to the mask collection. 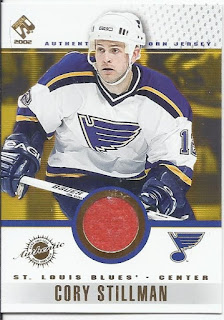 And here's the first relic that doesn't match the team pictured. Fortunately, all you have to do is turn the card over to read that this is a Flames swatch. 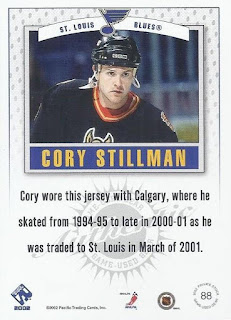 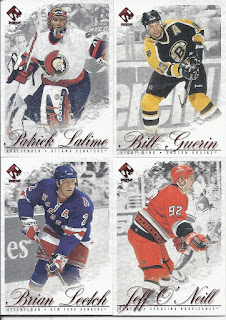 Your base cards, with the Lalime making a second appearance. 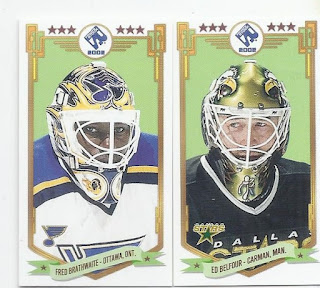 This time the mask binder cards go 2-for-2. 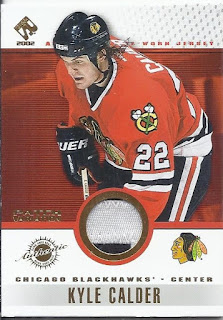 And the final hit is the second patch in the box. And unlike with the previous one, this one is obviously a patch.

There you have it! A perfectly fine box with nothing too mind-blowing, but still not feeling like I'd thrown the money away.
Posted by buckstorecards at 13:28