I guess I kinda like the recent Credentials Contenders-ish release from UD. So here's another box! 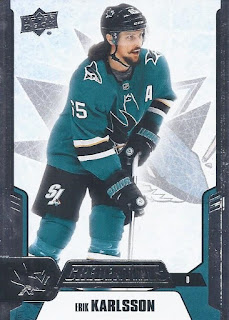 I didn't get any Sens cards in the box, so I'll lead the way with a former Senator. 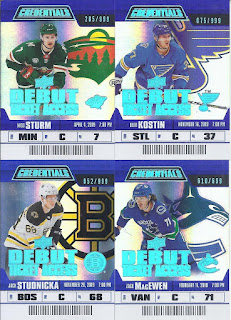 Here's four more base cards, from the numbered portion of the set. As with most of their numbered rookie base sets, the higher thought of a rookie is, the lower the print-run. So, in a few years I can look at this when MacEwen is the star and the others are in the KHL. 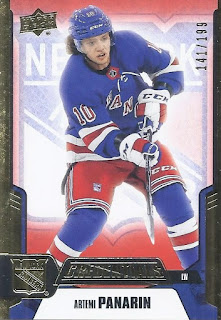 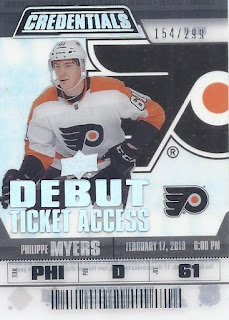 Here's an acetate. These are only used for some of the rookies, so they really can't be considered parallels in the traditional sense. 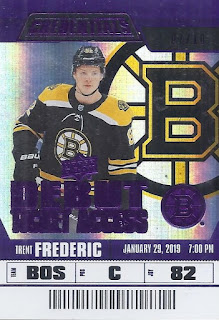 One more parallel, and this is the lowest numbered one I've landed in this. It can't be seen that well, but purple rookie parallel is /10. 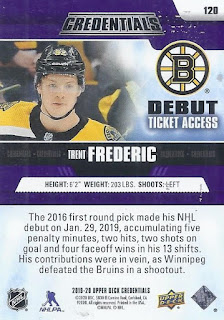 The back of the card shows the writer might want to work on their homophones. Unless it really was in vein, which sounds painful.

Inserts! Here's the Rookie Science ones. 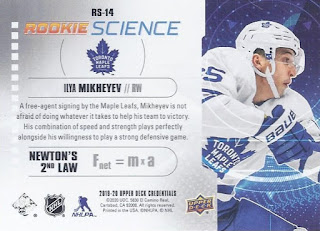 I was hoping the science would have something to do with restorative powers of soup. 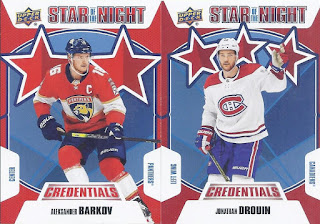 And the Star of the Night inserts. 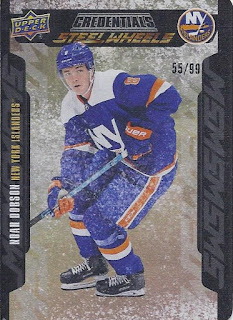 Here's a familiar insert from the first time through. It is interesting that I didn't get the unnumbered base version in either box, but I did get the /99 versions from both. 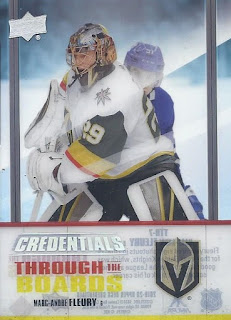 Here's a new insert. I figured a 'through the boards' insert set would feature a 'hard hits' theme, but nope, just another acetate. I wish they'd cropped the photo a little higher to create more of a look of actually looking through the glass. 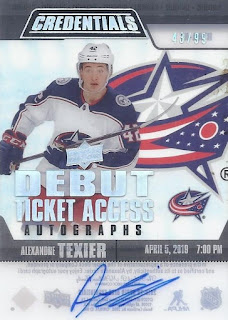 My first box landed me an acetate auto redemption. This one should give an idea of what my Adam Fox will look like when it shows up.

A new insert, and an actual autograph that I don't have to wait for makes for a fine box.

Posted by buckstorecards at 22:58