As soon as I read that there would be an insert set saluting the 50th anniversary of the Montreal Expos in Archives this year, I knew I had to grab the Nationals spot in a group break, if for no reason but to expand my Expos collection. 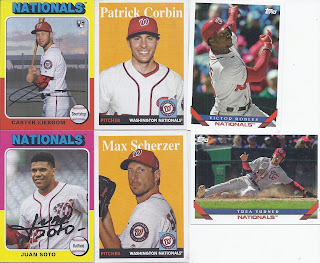 I'll get the actual Nats content out of the way right away with the base cards. 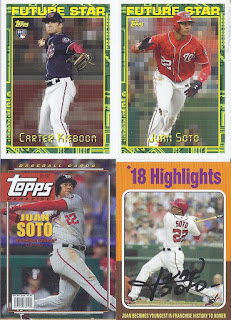 And the inserts. At least I can say I'm a completist.

Let's start the Expos content with a trio of base cards. I was kinda hoping they'd get one in each design. But that super young looking Gary Carter is kinda cool. 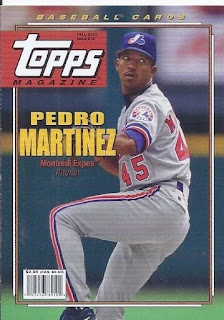 Here's one more insert before we get to the Expos specific insert set. 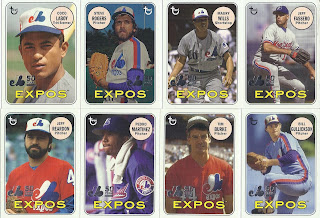 There's one each of these Expos card per box, and being a case break, I ended up with 10 of them. As I wrote earlier in the week, their desire to include autographed parallels did limit them to living alum. There's a few players I would have liked to see (Valentine, Cromartie) but I still like the content. That might be the first Maury Wills card  where he's pictured with and listed as an Expo. 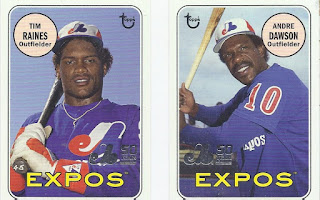 Two of the three players to be sporting Expos caps in the Hall of Fame round out this group of 10. 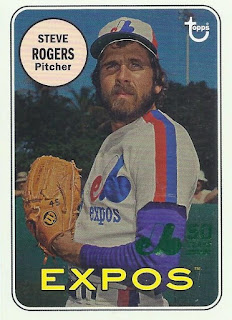 Still one more Expos card before we get to the autographs. This green parallel is /99. 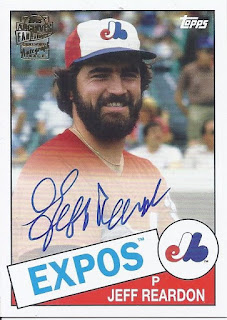 Those are pretty plentiful in the release, falling about one every 2.5 boxes. And that held, as I got 4 of them. 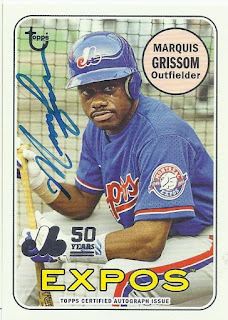 With all respect to Marquis Grissom, he's probably the least interesting to me of the Expos autographs I landed. That's mainly because I already pulled one of his autos from a previous release. I do like that he signed this vertically, realizing that the blue ink wouldn't go with the blue jersey. 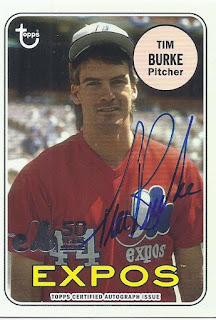 Staying with the similar era as Grissom, here's what I really wanted to see from this. New faces for the hit portion of the binder. This also appears to be the first certified autographs of their closer from the late 1980s/early 1990s. 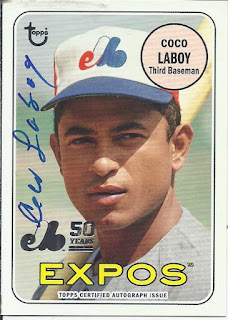 And here's another player who looks to be making their certified auto debut. He was listed on the actual 1969 issue as Jose Laboy, but Coco is far more interesting. His signature style is really interesting, as I didn't think there were too many people that write out their last name one letter at a time. Then I remembered that I just posted one a couple weeks back. 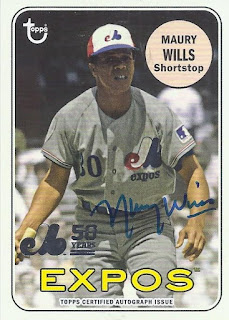 And there you have it! That was definitely a worthwhile pickup for the ol' PC.
Posted by buckstorecards at 08:14