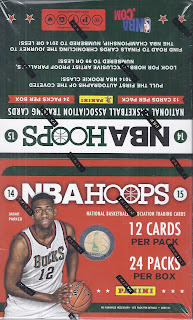 2014-15 Hoops is another one of my favourite boxes to bust, and is for reasons I also like Rookie Anthology and Chronicles - variety. There are a lot of inserts and parallels per 12 card pack, usually 3 or more per. Which makes each pack interesting.

I'm just going to highlight the inserts and parallels in the order they upload, and end with the hits. 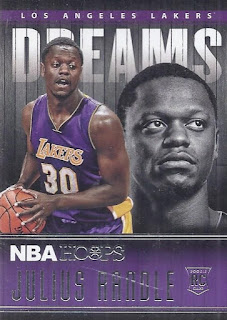 I guess calling these cards Hoops Dreams would be really cheesy. And possibly a copyright violation as well. At least the black and white photo does make it look like Randle is reflecting on his future. 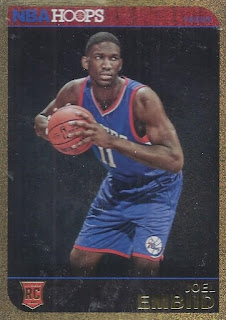 There were 10 of the gold parallels, 10 of the red-back parallels, and 10 of the green parallels in the box. Those numbers made me decide just to scan one card each per insert, regardless of how many were pulled. Of all the parallels, including the numbered ones, this gold rookie of Joel Embiid, last seen being reduced to tears by Kawhi's bouncer, is the best of all of them. 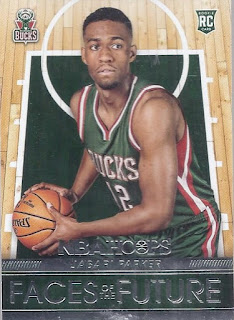 Not enough sets use parquet as the background for a design. It would at least be more interesting than the usual white you see on high end releases. 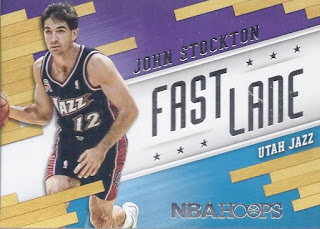 And you can play with the colours in an interesting manner. Imagine how bland either of these two would look if the wood grain was gone and it was just one plain colour. 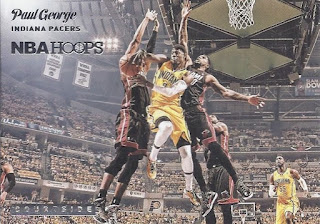 A courtside seat combined with a full-bleed photo makes for a beautiful card. I like how they get the other backboard in the background to make the court seem longer than it is. 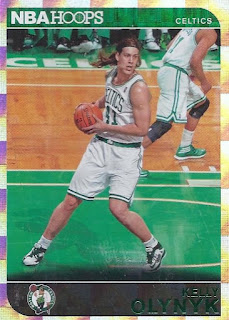 A green parallel is perfect for a Celtics card. 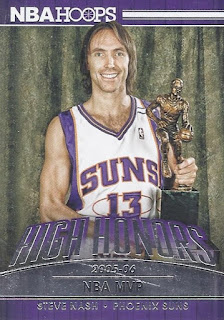 Once again, I've managed to have two cards that can sorta go together back-to-back. Parquet, then some CanCon. 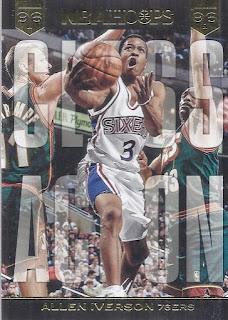 Maybe I should have selected a better card for the Class Action insert set than this derpy photo of AI. 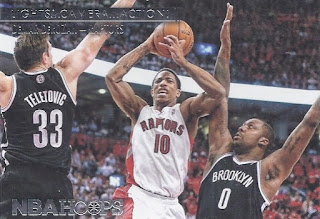 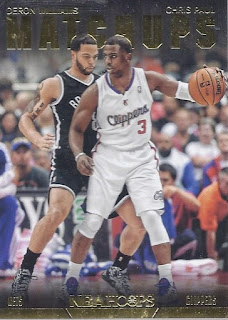 Oh yes. The legendary match-up between Deron Williams and Chris Paul. That doesn't really scream out Magic Johnson vs. Larry Bird, does it? 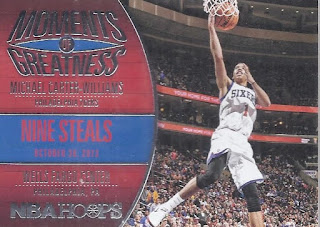 Nine steals in a game might not be completely worthy of the card, but Carter-Williams managed that in his NBA debut game. Now if only the photo was of one of those swipes, it would be an even better card. 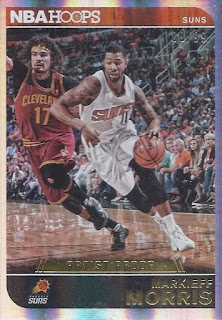 Here's the first of the numbered parallels. The /99 ones are 1 per hobby box. 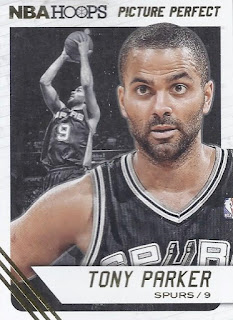 There's another combination of action and non-action photos among the inserts with this one. 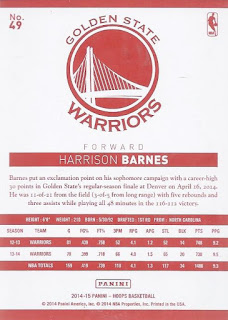 Red backs. The dullest of the inserts. 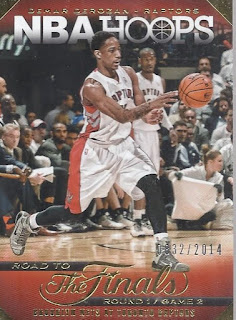 Here's the second Raptors appearance among the inserts, a flashback to when their playoff appearances usually meant the ol' one-and-done. I tried not to do multiple appearances of the same player with this post, but I figured I should at least double up on the Raptors/DeRozan content. 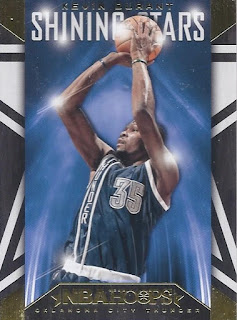 Just another excuse for there to be multiple insert cards for the star players. 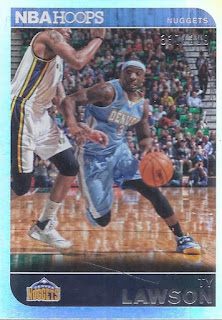 And finally, the parallels draw the non-hit portion to a close with the silver parallels to /399. Getting 4 of these to go alongside the /99 card makes it seem like everything collated out just right. 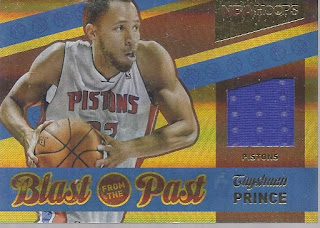 The Blast from the Past relics show how Panini dealt with outdated jersey swatches back in 2014. 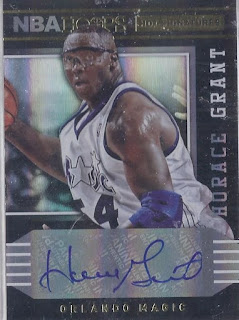 Autograph time! Although I don't think of Orlando Magic when I think of Horace Grant, he did spend parts of 7 seasons there, just like he did for his more familiar stomping grounds in Chicago. And it is a nice autograph of a retired player with a really solid career. 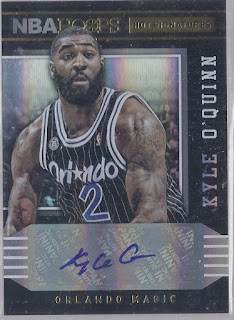 I really didn't know if O'Quinn was still in the league, but it turns out he's still around, and signed with Philadelphia this off-season. With a name like O'Quinn, it just seems destined to be on the back of a Celtics jersey. 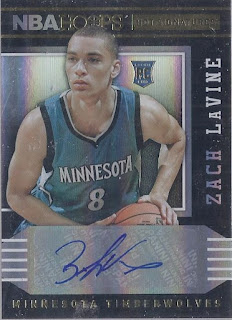 Something Panini did with Hoops this year that was odd was adding a third autograph in boxes if you landed an auto of a lottery pick, and generally having one of the autos being of a rookie player. When I pulled the Grant and O'Quinn autos, I expected there would be a third. Lavine did get picked near the back of the lottery, but this is one of the better ones to get from that portion of the set. He, and his two slam-dunk championships, have moved on to Chicago since this card. (Aaron Gordon was robbed in 2016)

But there you have it! And I can finally get caught up on trade envelopes next post.