I'm sorta staying with the mailbag today, and the COMC to-be-posted file. The 2/14 collection is my favourite to add to, so that's what's on tap for today. 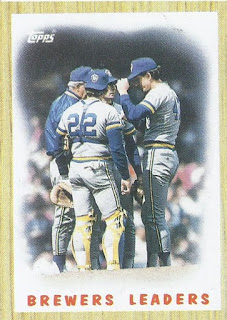 One of the 4 people involved in this on-mound conversation pictured on the Brewers team leaders card is a 2-14 baby, specifically pitcher Jaime Cocanower. He lead the team in exactly zero statistics in 1986, but at least you can see SB leader Paul Molitor's face. Still, he's pictured. So that counts! 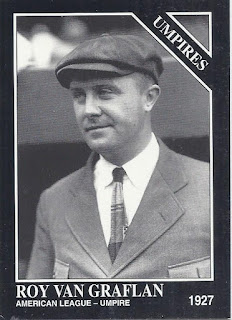 With the burgundy parallel already in collection, this not only doubles the Roy Van Graflan content in the collection, but also completes his cardboard run. 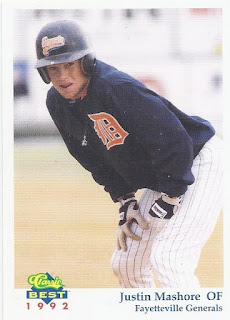 Also doubling up, but with more cards out there to collect, is Justin Mashore. I admit I don't have too many cards with the player sporting a warm-up jacket in the collection. 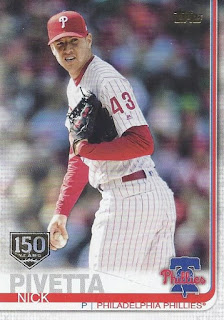 Modern releases mean there's several dozen different variations to potentially add to your binders, so here's one of those. 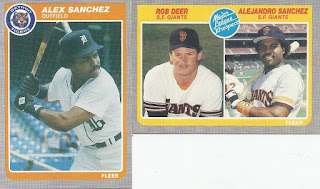 That's it for the single entries, so here's a pair of Alex/Alejandro Sanchez cards for his portion of the collection. Fleer was the only company that included him in their update set for 1995, covering both the name and the team change. He'd vary names on the rest of his cards, including an early appearance as merely 'Al'. 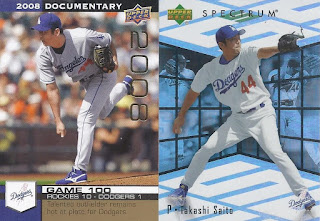 Takashi Saito makes his appearances in insert and parallel form. 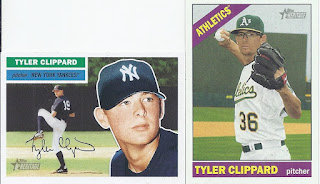 I'll always enjoy adding some new Heritage to the binder as well. There's a 10 year difference in these Clippards, spanning from 2005 to 2015. He's also the 3rd baseball guy to hit the 30 card plateau in the collection. 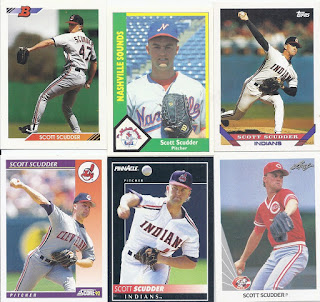 And your big winner this time is Scott Scudder, with a six-pack of junk wax era cards. And a bonus 3 different teams are represented on these cards. He's now 4th overall in the collection with 29 different cards.

There you have it! I've still got the 2/14 hockey portion to show off , but that will likely be waiting until next week.
Posted by buckstorecards at 08:37