Back to the latest envelope from Dennis @ Too Many Manninghams/Verlanders and a very scan-driven summary of the 2/14 content from it. 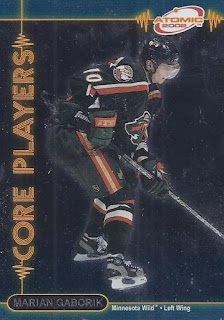 Despite being the overall leader in terms of volume in the 2/14 collection, only one new Marian Gaborik joined the binder int his one. This is still his 167th appearance in the collection. 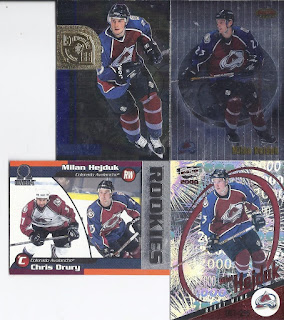 Milan Hejduk wraps up the hockey portion of the collection with cards 143-146. It is kinda rare that both people on that dual rookie card went on to have lengthy NHL careers. Milan's number was retired by the Avalanche earlier this month. 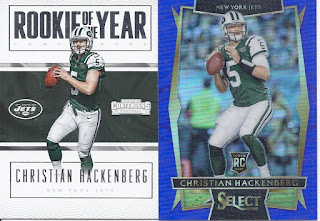 Doing the volume thing in ascending order will also be how I go through the remainder of the 2/14s, all of which are football content. These 2 cards are 2 more than the number of passes he's thrown so far in the NFL.

Quite the contrast for the Super Bowl-bound Alshon, with two shiny cards sandwiching the blander Bowman rookie card. 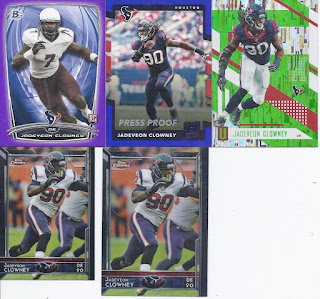 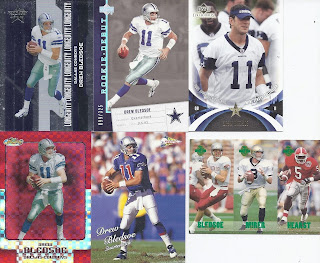 The Drew Bledsoe portion is a little more reserved in terms of abrasiveness, but he's now got 68 cards in the collection. Yes, the shared card with Hearst and Mirer is a full card. Bledsoe's in 3rd place overall, but the late Steve McNair comes within 2 cards of the lead with these 7 cards. I really do like landing the less common cards of him with the Ravens. 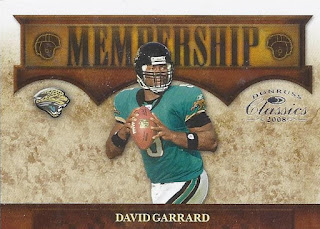 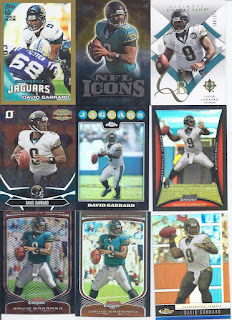 To go alongside 9 more traditional vertical versions. He now has 47 cards in the collection.

But wait! There was also this! 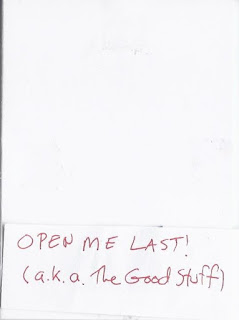 How can I disobey a piece of paper? The Good Stuff will show up when I return to the envelope.
Posted by buckstorecards at 12:44