The Buffalo Bills will have a playoff game today for the first time since the Clinton Presidency. Henceforth, let's see some Bills content from a half-case break of 2017 Panini Playoff. 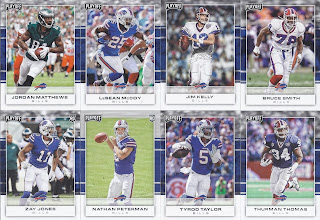 I'll assume I did land the complete team base set here. There's the usual mix of active players, legends and rookies. 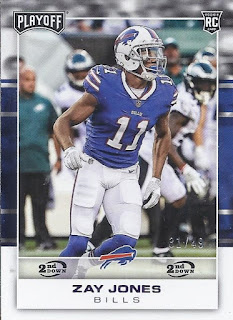 Only one parallel, but it is /49. I do like that it isn't a Rookie Premiere photo on this one, and they've used an in-game, albeit pre-season photo. 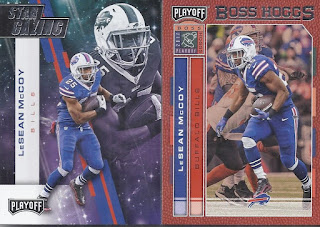 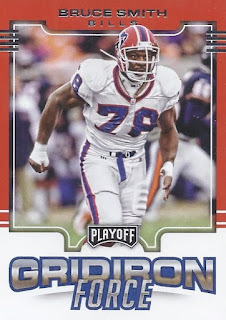 And one more! Sharp-eyed readers will note that this is the same photo as on the base card. 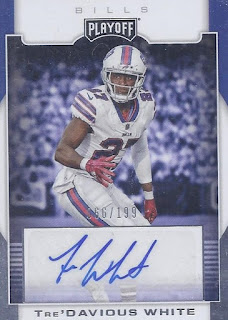 And a hit! My second autograph of Tre'Davious White joins my collection.

There you go! Done just in time for kick-off as well!

Edit: Yegads, Nathan Peterman is a Scott Norwood for the 10's.
Posted by buckstorecards at 13:25