I busted this as part of my Black Friday purchases, collated them, updated my wantlist, and then never got around to actually posting the breaks. Now seems as good a time as any! 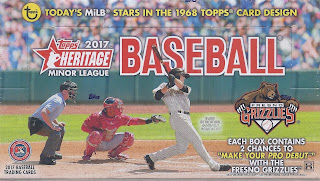 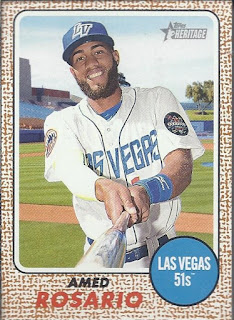 The cards are exactly what you expect, the 1968 design, but with minor leaguers. I do approve that it was a Mets prospect in the #1 spot in this release with this Amed Rosario.

The final 20 cards of the 220 card base set are SPd. At 3 per box, they're part of the set but for me, not really something I'm going to make a major league effort to acquire. At least the Lake Elsinore Storm cap is really great. 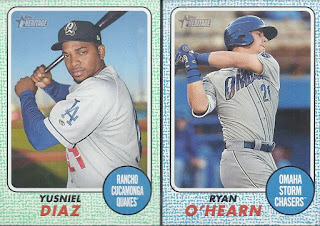 Numbered parallels! The greens are /50 and the blues are /99.

Here are the Baseball America inserts. This is probably closest to the 'meh' reaction to the inserts in this box. 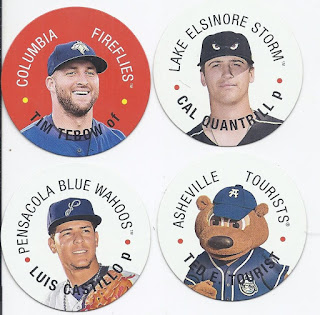 The disc cards are kinda nice. and it did land me first Tebow baseball card. Disc. 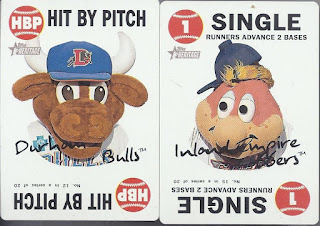 Mascot insert! I just wish the faux-auto was the name of the mascot as opposed to the team name. Wool E. Bull and Bernie respectively. 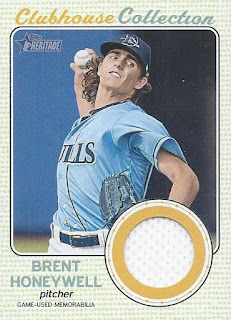 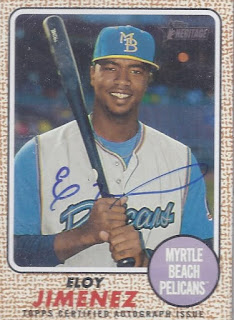 And the auto. It's a pretty good one as well! Topps also got some good mileage out of that photo, since this auto was signed before the trade. 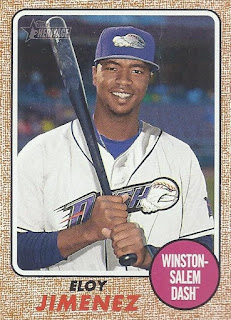 But they were able to photoshop him into a White Sox affiliate for the base card.