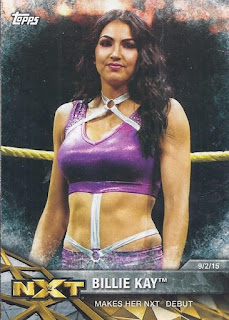 I'll start with the first of the two packs I busted. It opens up with an insert from the Moments set, and features an Aussie import. 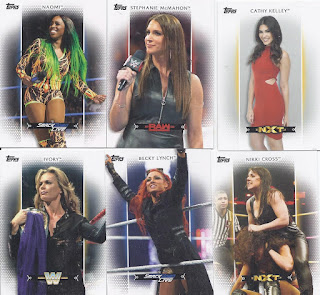 Here are the base cards. Nice design - they look like something from a higher end set with all the white. My only complaint is that the image on Ivory's card has the belt covered up - although that purple scarf was also pretty iconic for her.

A rivalries insert, supposedly exclusives. I'd rather have had more base cards, TBH. 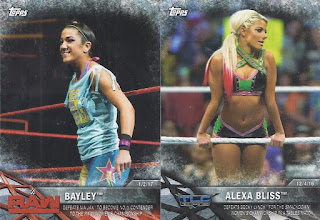 A couple more cards from the Moments insert set. 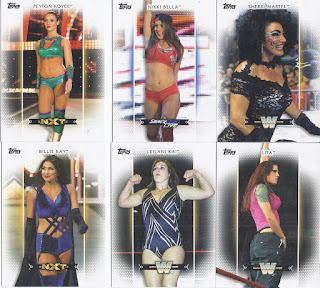 And some more base. At least they didn't recycle the image on the Billie Kay card. 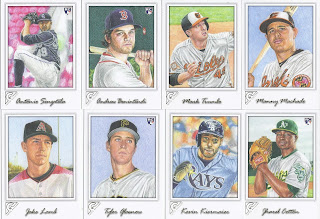 Topps Gallery is up next. As a fan of painted cards, I was disappointed there were no blasters at the local Walmart, but a hanger pack will do. I really like the mix between images from games alongside the posed ones. 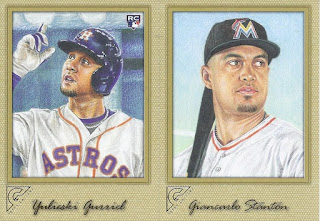 The canvas parallels. I was kinda hoping for a Court Kings feel to these, but they have the feel of the standard base cards. 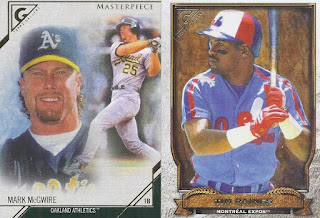 Retail ends with a pair of inserts. I really love the look of the McGwire, with the action/portrait combo nicely reminding me of the 80s Diamond Kings. They just needed a hideously loud background. The last card is Expos content! And blue uniform Expos content as well! That's a great way to wrap up a post of two interesting, and interestingly different packs.
Posted by buckstorecards at 04:46