I was going to this a couple days ago. My migraine (and repack love) felt otherwise. So, let's show off some of the goodies from a bubbler courtesy of Wes @ Willinghammer Rising. 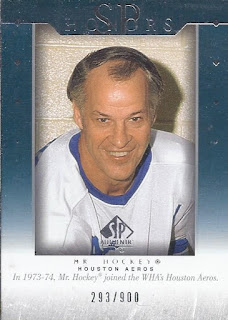 There always seems to be a nice random hodgepodge of hockey in his envelopes, and this one was as expected. Gordie Howe is always a good choice to lead the way in a post, even moreso when it is a Houston Aeros card. 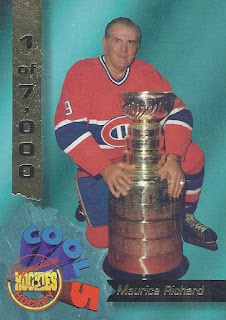 More vintage greatness on a recent card. The print run could be 70000 if it includes a classic image of Stanley. 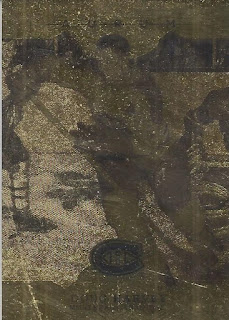 In the first "This card looks better in hand than scanned" of the year, an Aurum of Doug Harvey. 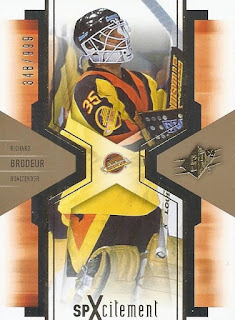 This isn't quite as photographically vintage as the previous cards, but it does feature the Flying V, so is is still a great card. 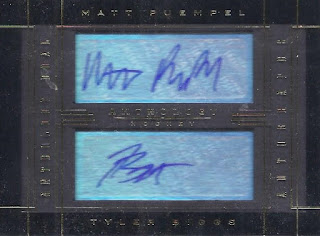 Panini Anthology might not have been the best idea, but at least it gave them a chance to unload some stickers and for me to add a new Puempel to my Kitchener Rangers alum collection. 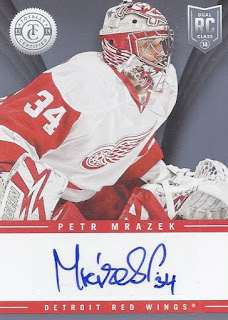 Hockey ends with an autograph for the 2/14 collection, as Petr Mrazek makes his 17th appearance in the collection. 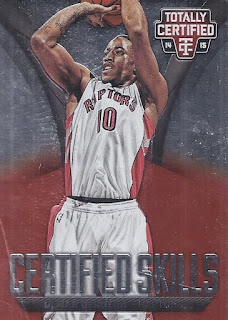 Basketball starts off with this DeRozan from Totally Certified. Perhaps it was a better idea to wait to post this, so he can make his appearance coming off a team-record 52 point night. 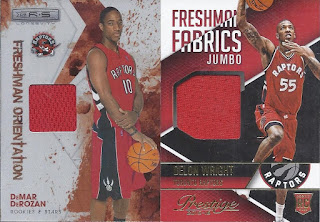 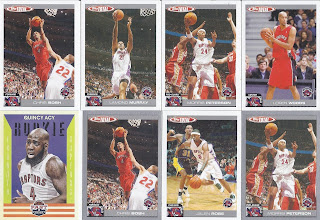 And a bunch of Topps Total ends it.

Thanks for all these goodies! I'm still waiting on a package from Panini with some Crimson Tide stuff, (since I'm also waiting for a different non-Tide replacement as well) and I'll forward those on when they show up.
Posted by buckstorecards at 09:58