The Bills are Contenders

With a playoff appearance this year, the Bills were actually considered contenders this year. They still are awaiting their first playoff TD, but baby steps. Baby steps.

And that makes this year's Contenders actually relevant for the team.

The 3 base cards are exactly who you'd expect. I was kinda hoping Micah Hyde would be able to squeeze in as 1 of the 3, but I guess I'll have to wait until 2018 releases for his Bills cards. 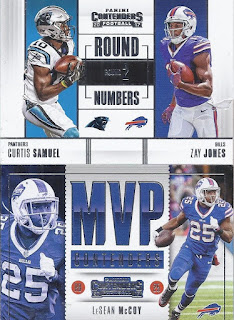 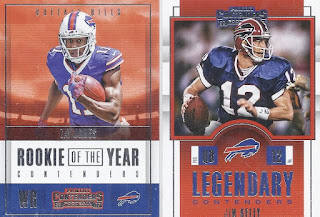 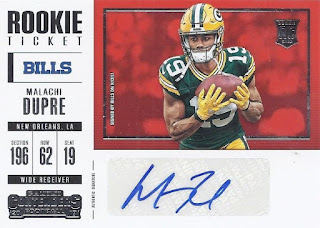 Auto time! This is a Bills card, as 7th round pick Malachi Dupre was released by the Packers before the season, and caught on with the Bills. He even saw the field late in the regular season. It is an obscure addition, but still welcome in the collection. 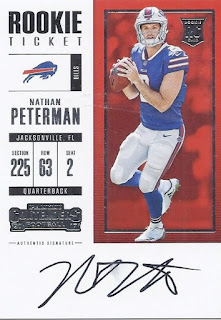 Peterman. Sigh. The Jacksonville on the card is his hometown, not the team he was throwing passes towards in the playoffs.

But at least there were playoffs.
Posted by buckstorecards at 13:18