I showed off some retail busts before my somewhat hiatus, so here's a couple packs of the hobby variety. 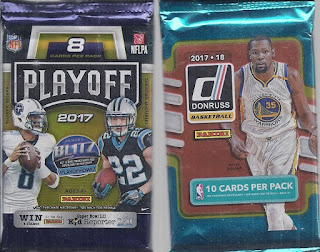 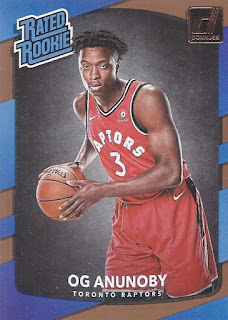 A Raptors card is always a great way to start a break of a basketball product. 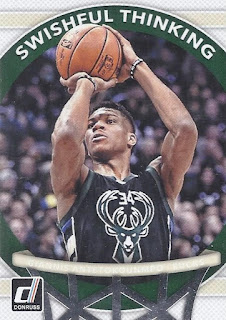 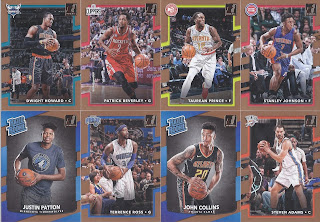 And the rest of the base. Brown is not a good choice for a border colour. Or copper. Or whatever they call it. 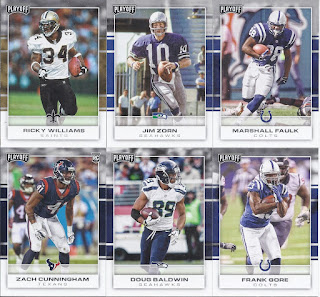 From a set called Playoff, it is apropos that none of the teams in this pack are still playing. Heck, only 2 of the people among the 6 base cards played in 2016. Jim Zorn is sort of an odd pull for 2017, so that's nice. Ricky Williams seems to bounce between shown as a Saint and Dolphin on his card, but as a Bills fan, I prefer the former. 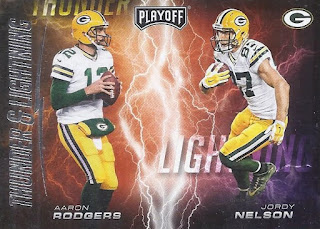 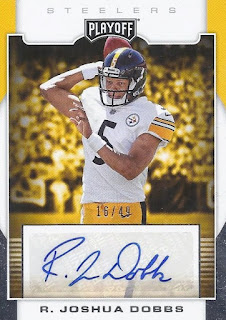 An auto too! He has a really nice signature for a sticker auto as well. The J looks a little like a 2, but the rest of it is really clear. And if the whole football thing doesn't work out, he can just fall back on his degree in aerospace engineering. Like any young prospect.

Posted by buckstorecards at 08:42