Last week, I obviously needed a pick-me-up. I considered a repack, but instead opted for my second blaster of Series 1. 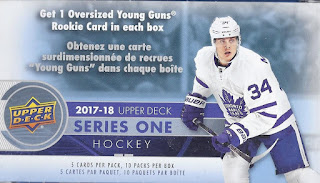 Nothing beats a cardboard pick-me-up. 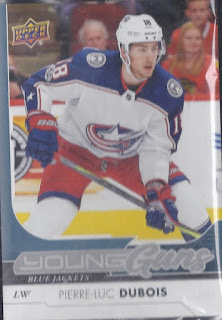 There's the prominently-promised oversized Young Guns card. While he's probably not in contention for the Calder this year, he's done quite well in his rookie season with Columbus. 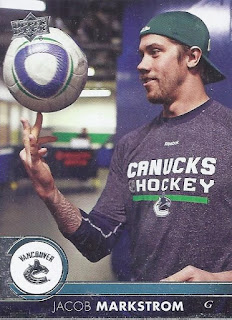 My favourite base card is a non-mask binder goalie card. Apparently there are soccer balls in Vancouver Canucks colours. 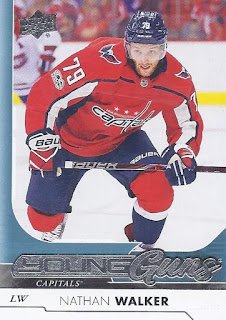 Back to the Young Guns, here's the first of the two promised ones that came out. Nathan Walker is one of a handful of Welsh-born NHLers, and almost certainly the first Welsh-born, Australia-raised one. He's already bounced around, getting waived and claimed by the Oilers, playing a couple games for them, getting waived again and returning to the Capitals organization. 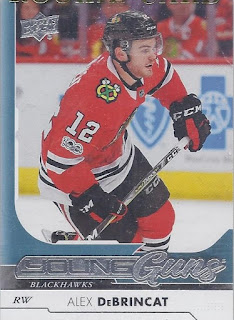 DeBrincat, on the other hand, seems to be more solidly entrenched with the Hawks. 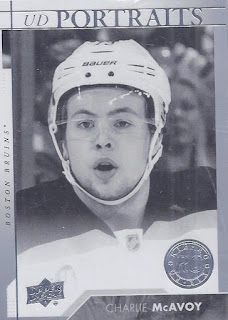 Another solid rookie comes up in the one-per-blaster portraits card. While these are more common in hobby releases, they aren't in blasters, falling at 1:120 packs, or about 1:10 blasters. McAvoy is definitely one of the names in contention for the Calder with the season past its midway point. 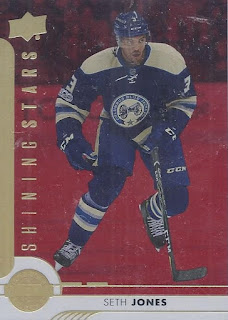 And a pretty tough pull for the Shining Stars. There's one per box here as well, but these red parallels fall at 1:72 packs or 1:6 blasters.

Some tougher pulls,
Posted by buckstorecards at 08:44