It has been a bit since I've specifically made a Sunday post for the Dollarama Surprise Bags, and today seems just right for clearing out some more repack content. 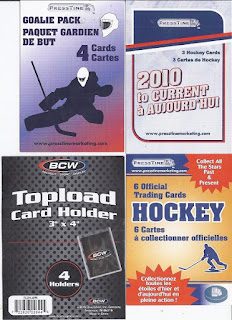 And we're starting with this one. 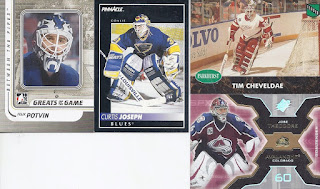 A nice variety in the mask pack, with the even horizontal/vertical mix, and all having some level of mask binder artwork on them. 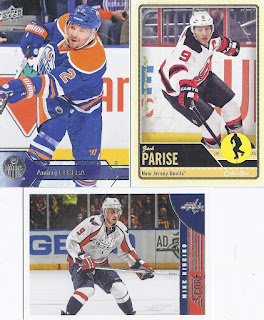 The 2010s pack seem generic at first, but something is intriguing about the Parise. It has "Signed with Minnesota Wild" on the left side of it. I didn't recall anything of that nature on those cards, and the ones on COMC don't have this designation. Google images also brings up zip as well. So, whether this is a later printing of the card, or just some obsessed Parise fanboy, it is a repack oddball. 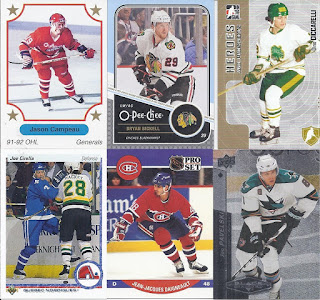 And that's odd enough that it means that this throwback photo of Dino on the London Knights isn't my favourite in this repack. 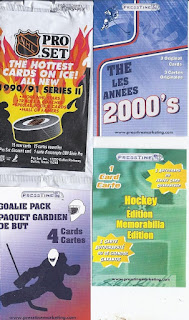 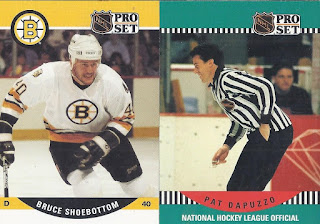 Getting the Pro Set out of the way first, there's a linesman card and a Bruce Shoebottom card. That's probably enough to make this an interesting pack.

And the 2000s pack brings a card featuring the distaff side of hockey and a mask binder card. Piper won't be going for the gold in 2018, having retired several years back with a trio of medals to her credit. 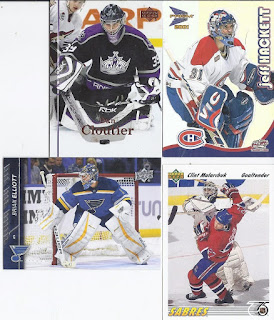 In the battle of mask binder candidates between repacks,, this one goes 3 for 4 with the Malarchuk being too distant of a photo to count. But the shiny Hackett makes up for that. 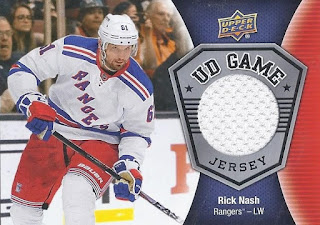 And the hit. It might be a plain white swatch, but it is of a good player and the white swatch at least matches the photo.

And there you go. I promise no oddball Zach Parise cards in my next post.
Posted by buckstorecards at 11:25