I didn't have any really patriotic cards in my to-be-posted file, so a team posting with Raptors from several sources. 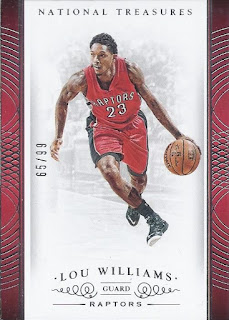 I'm starting with a big addition to my quest for a card of every Raptor ever. Despite picking up the 6th man award during his tenure, he didn't get base cards in any sets until the later releases, and those were all high-end sets. So, much like with JJ Wilcox and my 2/14 collection, National Treasures was the source for my first Williams Raptors card.

And to follow that up, some Raptors that never got a Raptors card. 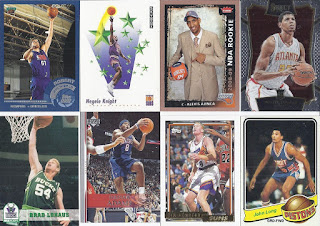 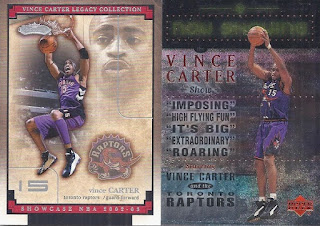 Random Vince Carter! The Legacy card is from Dennis @ TMV/M. Everything else so far is from COMC. 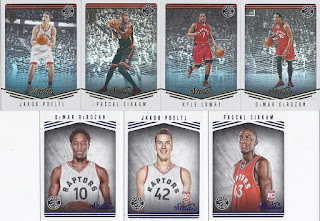 Here's the team set from a group break of Panini's Studio release. Both the game and posed shots make up the base set. 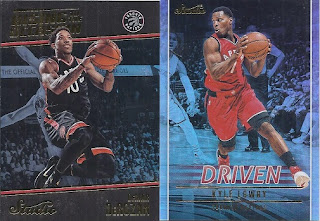 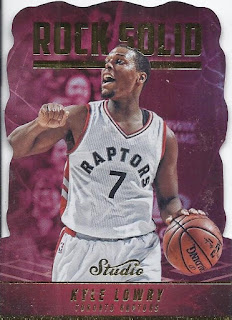 And a die-cut to wrap things up. This is probably the closest thing to a hit in this post, as these fell at a rate of 2 per case. Maybe by the time this post goes live, Lowry will no longer be a Raptor, or he'll have re-upped. Either way, there's another post to start a new month.
Posted by buckstorecards at 08:58