Help A Brotha Out!

Time once again to go begging to my stateside trading partners. Something has shown up on ebay, and while I would want it for my collection, and would be willing to overpay for a simple one-colour relic, the seller doesn't appear to ship to Canada.

A 2/14 baby, whose only previous card appearance was on a base card, and its parallels in 2013 National Treasures, has finally got himself another card. 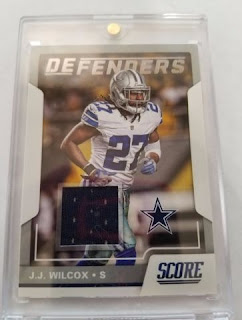 He's also made appearances in 2017 Majestic with a patch card, but the only one I can find on ebay is priced way beyond what I would pay, or expect anybody else to pay.

So, if someone wants to make me feel like a happy king, here's your chance!
Posted by buckstorecards at 10:56