Wrapping things up with some Senators. 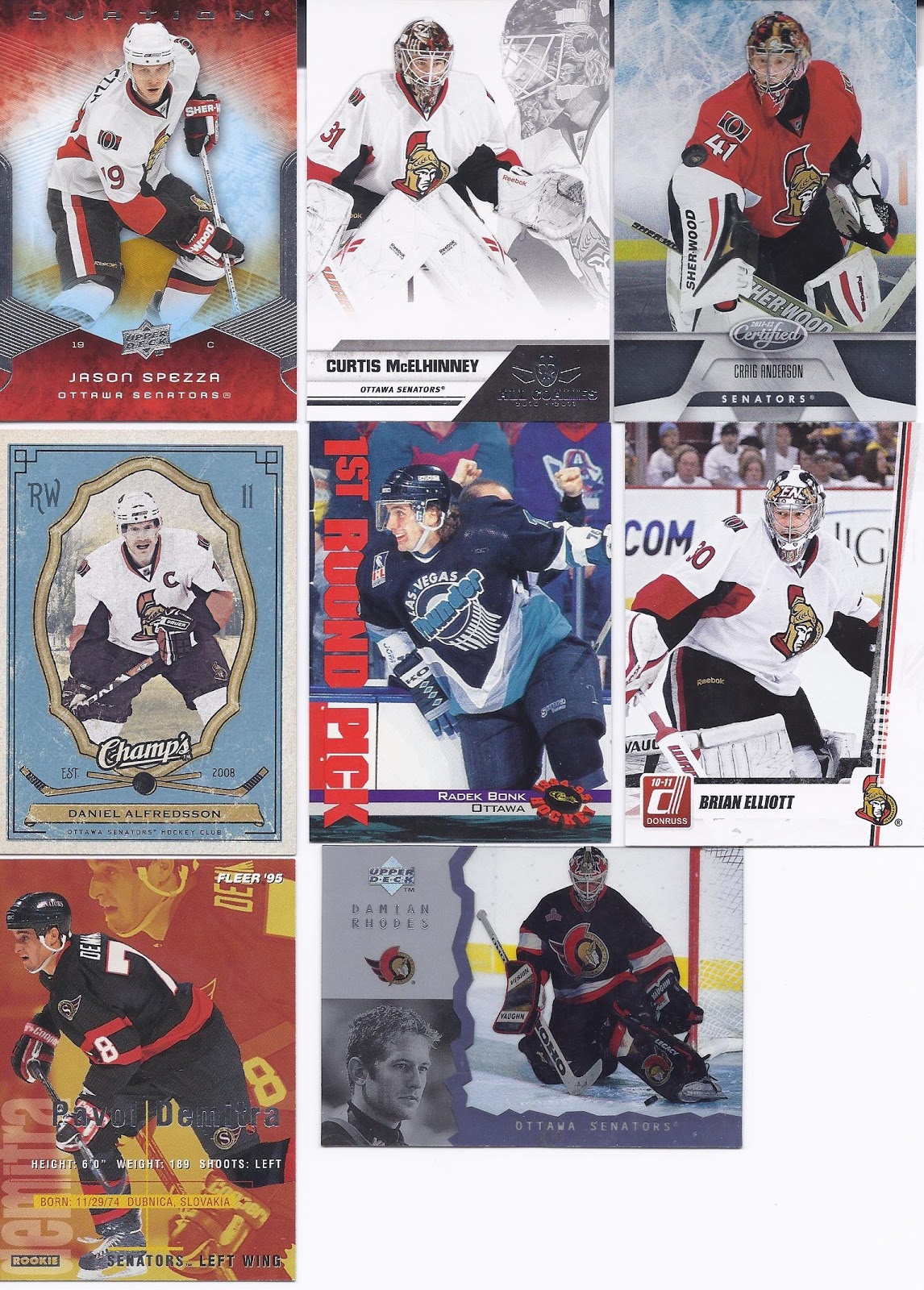 I'd completely forgotten about Demitra's short run with the Sens. Coming across his cards is still kind of depressing. There's some nice cards for the ol' goalie mask binder/ The Bonk might be my favourite of the bunch, though. While his time in Ottawa really wasn't memorable, I'm a sucker for minor league uniforms on cards, especially when hunting through the dollar store repacks and dime bins.

And now, the hits. I'll point out that the only things I requested were the three relic cards, and I would have been pleased with just those. 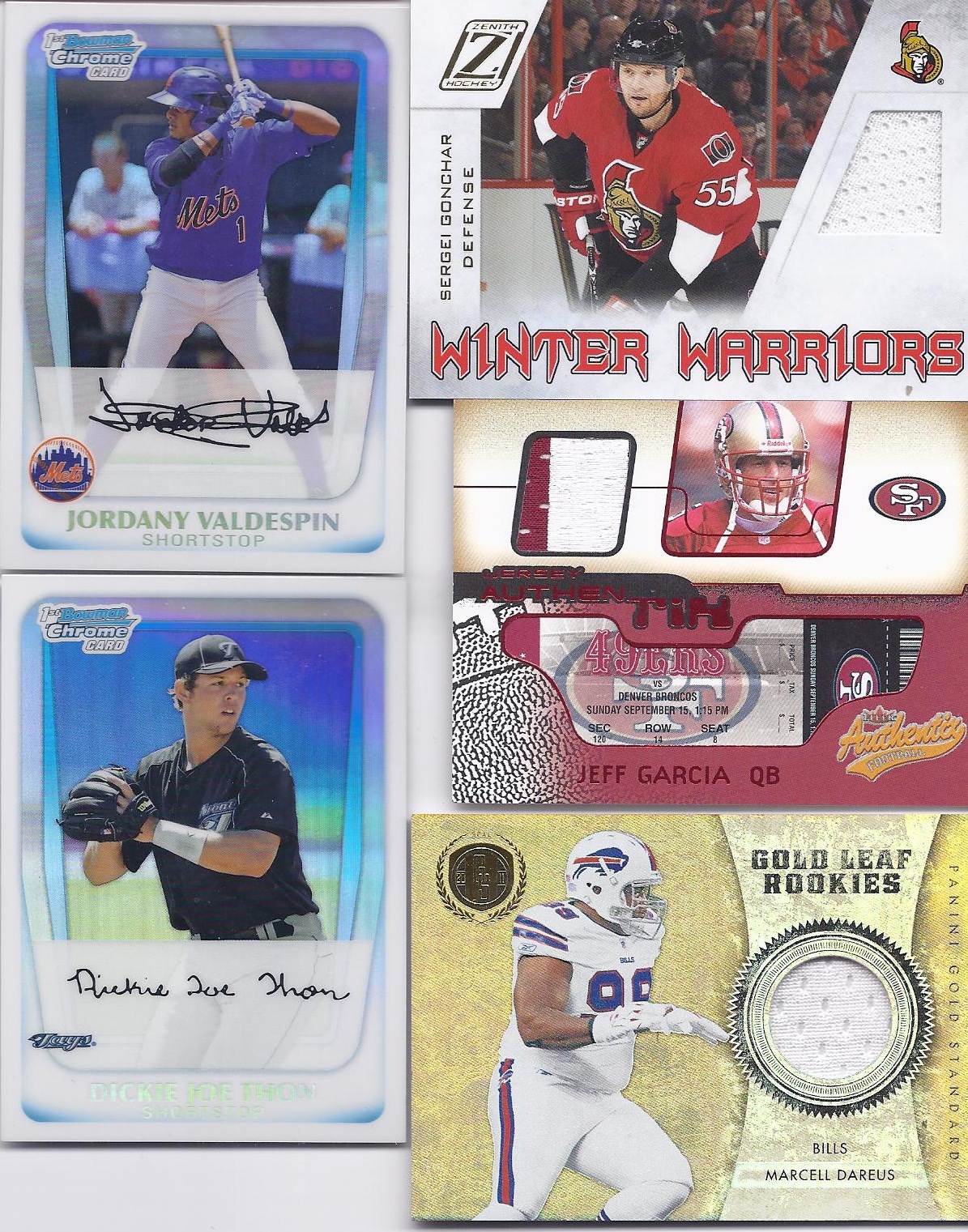 Dareus was for my Bills love. Gonchar was for my Senators fandom. The Garcia was because I love cards of guys who have played in the CFL and gone on to a good run in the NFL. The only question for me is whether my Bills love will override that and I'll try to chase after a Cameron Wake card or two.

The autographs were bonus. The game where Valdespin hit the game winning homer against Philly aired up here. The announcer said something about Jordany having 75 errors in 140ish games. I kept waiting for a correction. It was never coming.

Then the Mets rolled into Toronto. The Jays obliterated them in the first game and he was announced as coming into the game as a defensive replacement. When some of the Jays fans asked about my reaction to that, I revealed his error prone ways. Sure enough, in that inning, a ball that he would have been an easy catch had he stretched a smidgen more went off his glove. No error on the play, but it brought laughs.

Thanks for a great trade!