Nothing beats getting a package full of cards from a box break. O No Another Orioles Blog hosted it, and I picked my beloved Mets and Jays. I got randomed the Athletics and Cardinals as well. Strangely, in terms of 'hits', my randomed teams came up better, earning me an Eckersley refractor and a 1996 Zenith Mozaics of the Cardinals.

Even with those out of the equation, I still scored some nice cards. 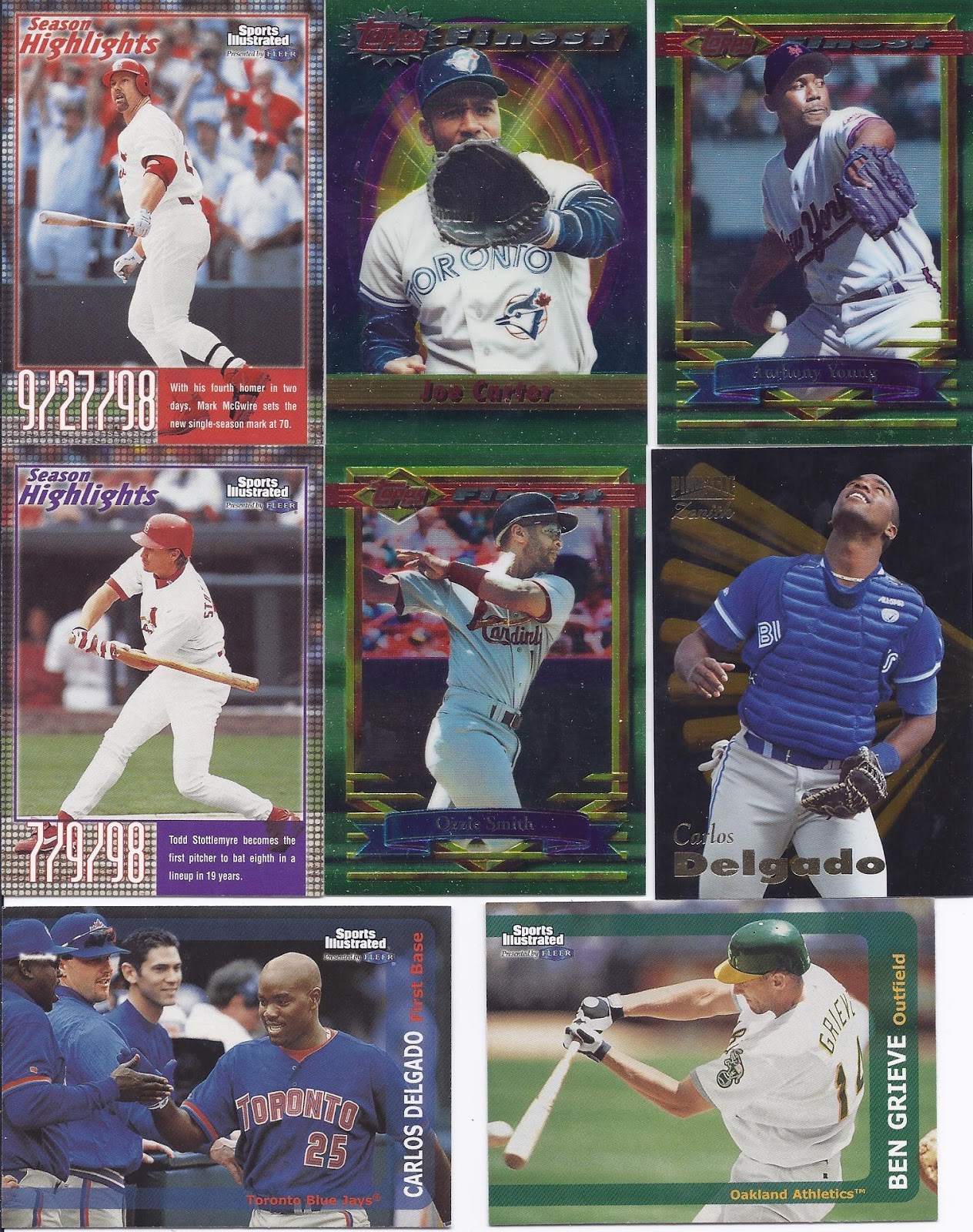 A couple nice Delgados in there, and I really like cards of him where he still is listed as a catcher. You can't hate an Ozzie Smith card of any type. I love the photo on the Grieve one. As expected, the SI cards should and did have some meorable photos. Anthony Young, due to his unfortunate losing streak, is a guilty pleasure player of mine. And others, apparently, since he re-surfaced as a 2005 All-Time Fan Favorite in the Topps set of the same name. The McGwire card captures a memorable moment, and the Stottlemyre one an interesting moment - the time he batted 8th in the line-up instead of the traditional pitcher's slot of 9th. For those that are curious it was Plácido Polanco that got pushed to 9.

Cool stuff, and there's more still to come from 3 other breaks I've been a part of recently.
Posted by buckstorecards at 14:01