If I see someone's want list loaded with recent commons, I'll try to take the list with me when I visit flea markets/LCSs/shows. It's usually an inexpensive proposition, especially when you're dealing with US based collectors of hockey cards. The reverse is true here. Anyhow, I sent out about 140 or so cards that way. I mentioned a couple of relics for a return (those will be seen later), and I would have been elated with just those. Instead, I got a 100 count box filled with the three teams I most prominently collect - the Jays, the Mets and the Senators.

Let's start at the start. I love the cards of guys who have done the double dip of playing for both the Jays and the Mets. I got a small handful of those players on third teams.  I especially love the Orioles Alomar card, although I'm sure most Mets fans really don't want to remember his time at Shea. 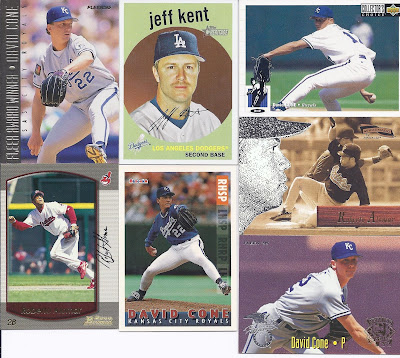 Next. I'll look at some of the Mets that came. There were loads of them, and darn it, I love sketch/drawing cards. Whether they are Diamond Kings or Gallery or Masterpieces. However, that Tim Howard one is hilarious. There's nothing on the back to indicate it is a drawing, or the name or the artist. It's the Alan Smithee of baseball cards! Another 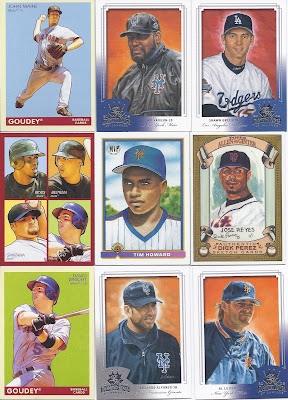 And wrapping up the Mets with some random ones. The Strawberry and Carter ones were especially interesting. 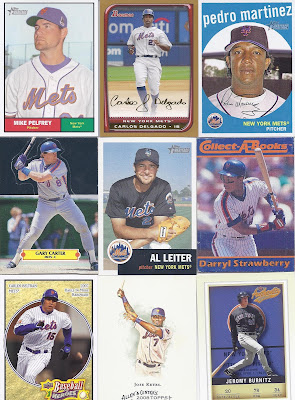 More goodies to come as I work my way through the Senators, the Jays and hits.
Posted by buckstorecards at 07:45