And here's the newest thing found at Target.

I like the design of the front. The logo positioned nicely over the player's shoulder. The Season Ticket thing could be a lot smaller, though. And you're also left trying to figure out what the Section, Row and Seat translates to in relation to the player. Seat is pretty easy when the number is visible, but the others had me thinking for a minute before it clicked. Height and Weight. There we go. And then there's Patterson's photo. How very derpy. They couldn't have found a less flattering photo if they tried. 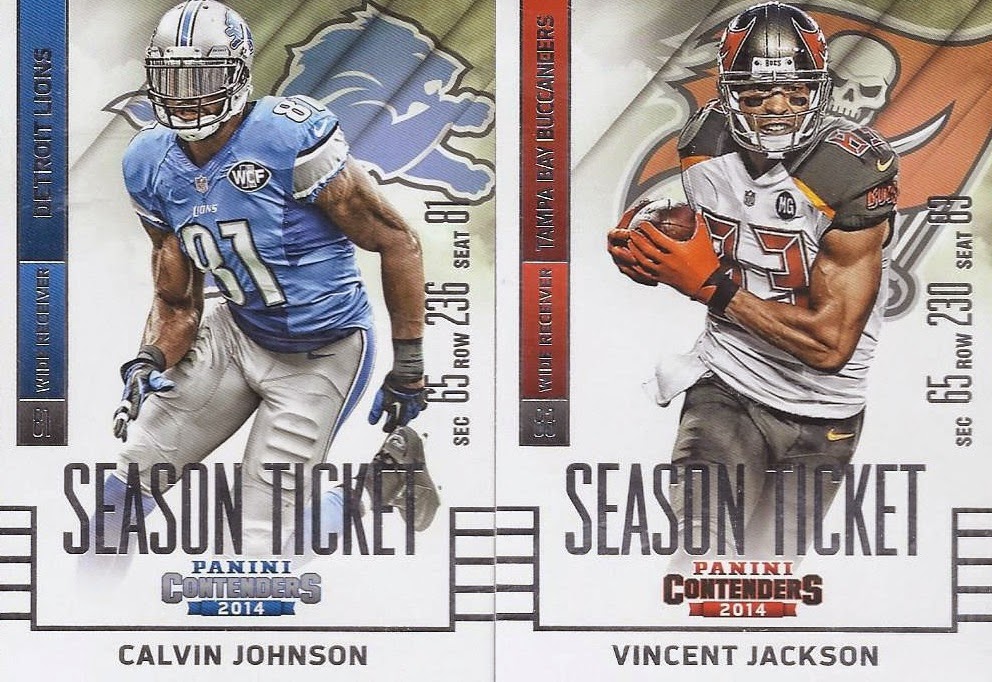 But, if the memorial patches on the jersey are an indication, at least some of the photos were taken during this season. But there were some from last season, as Reggie Wayne's features the 30th anniversary patch.

As for the backs. Wow. Threadbare would be a compliment. Your standard re-used photo. Team stats and the only information about the player is their draft round. Yikes. No one paragraph bio. No stats. But a lot of space that could have been used for that. Repeated information with the position. They might as well have just left them completely blank at that rate. Terrible. 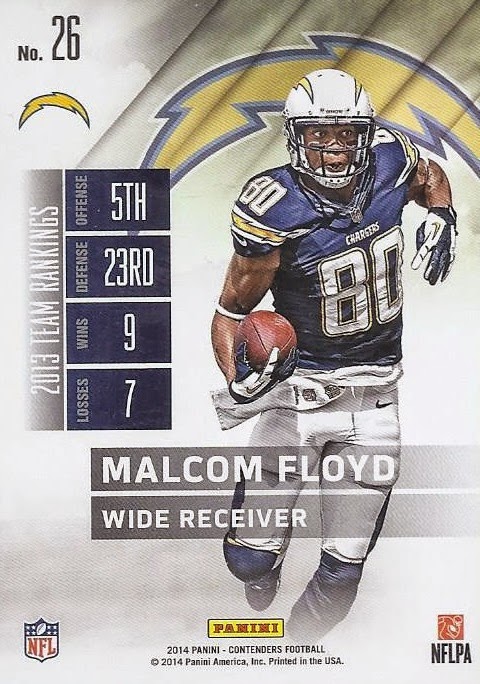 Undrafted players like Malcolm Floyd don't even get the dignity of getting "Undrafted" on their card. These might be the worst back from a collector's stand point in ages. I'll take bland, but informative (Hoops, O-Pee-Chee) or even one year of stats over this. 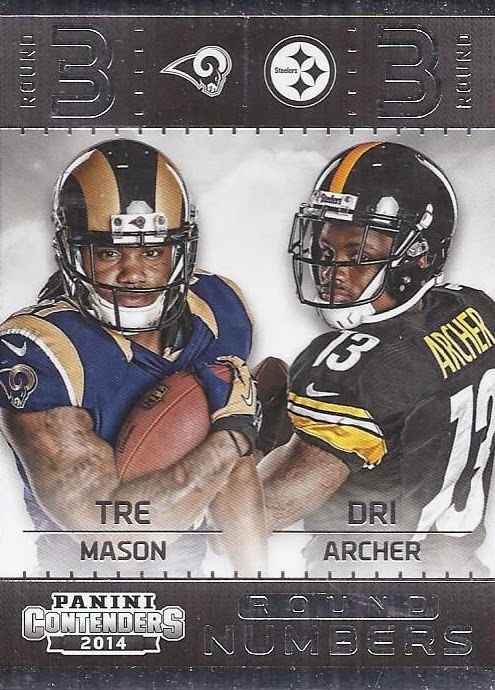 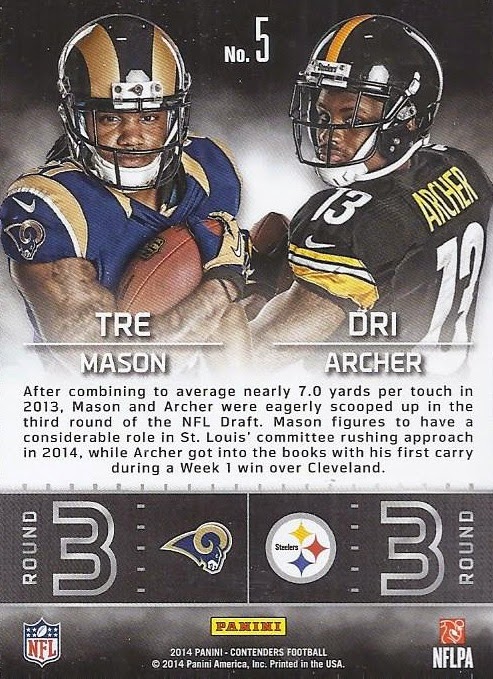 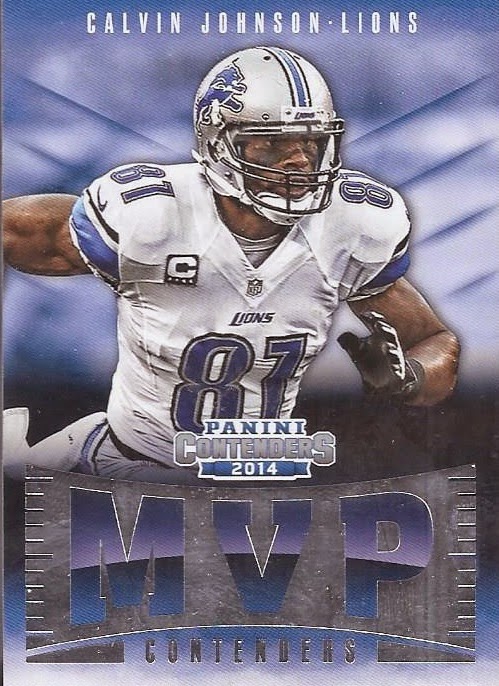 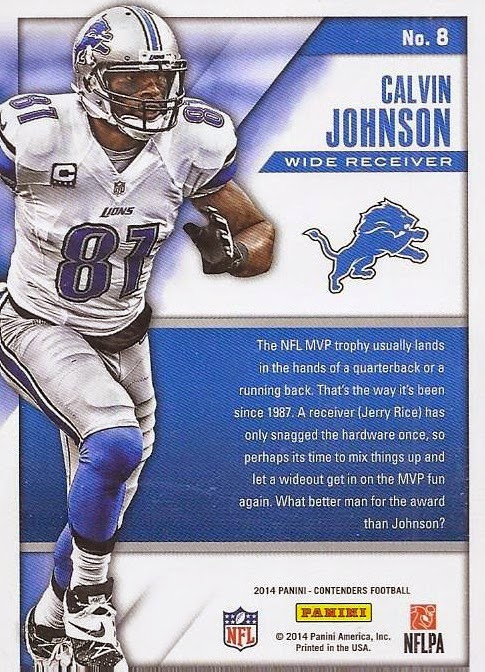 At least you get something with the inserts.

I thought I might consider building the 100 card base set of this, seeing as the base would be available as an inexpensive retail option. One pack in, not so much.
Posted by buckstorecards at 12:35