With the Super Bowl match-up set, what a perfect time of the year to show off some cards with connections to the three-down game. 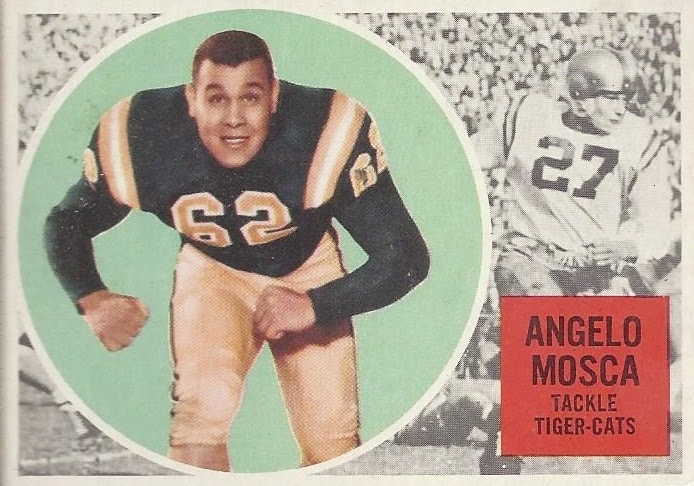 This is the only actual Tiger-Cats card in the bunch, but it is a nice vintage addition to my collection, being a 1960 issue. And it is a beauty of a Hamilton legend and a CFL Hall of Famer. And it also ties into my love of professional wrestling with someone who has had a decent in-ring career as well. I now just need to get a good deal on an Ernie Ladd card. 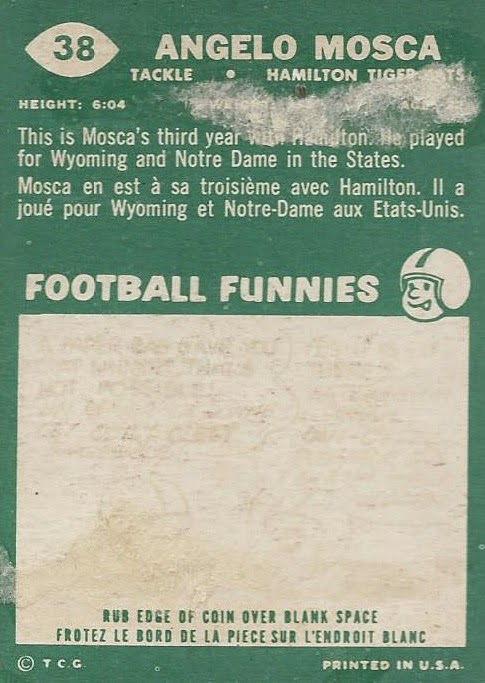 Here's the back. A little bit of wax stuck on it, but nothing that distracts too greatly from the design. 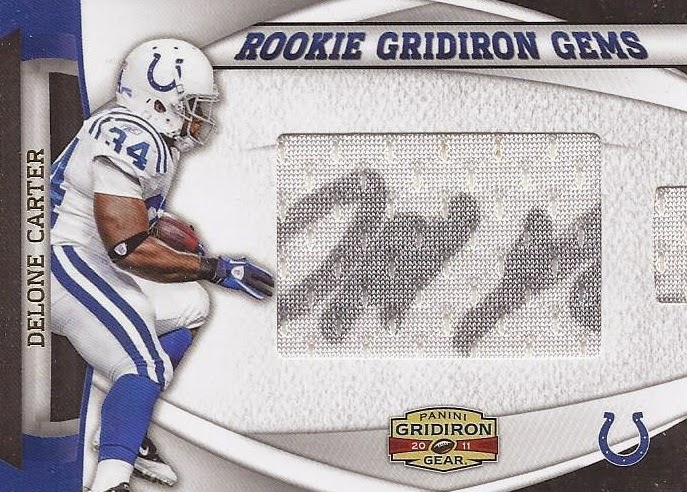 And now, some NFL cards of guys who spent some time with the Ti-Cats this past season. Delone Carter had a cup of coffee with them, and I opted to pick up an inexpensive auto of his. This one, which comes on a piece of jersey that pulls out was among the cheapest, so that's the one I opted for. Oddball designs and concepts are always welcome additions. 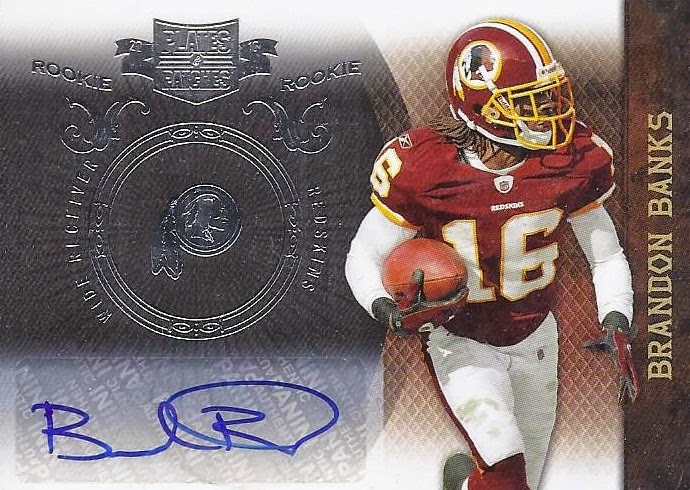 And Brandon Banks. 2 kicks returned for a touchdown in 2 playoff games. And 2 more called back because of penalties. I added this one to my inventory for $3.00, just after his first (legal) TD return in the division finals. I'm guessing I'm not the only Cats fan that jumped on a cheap auto of his, since the cheapest one at COMC now is $14.75. And it is an interesting style of a "just initials" auto as well.