COMC Challenge Cards Part 74: Basketball Goodies - aka: Everything but the Raptors

Time for a bunch of cards that seem not to have any rhyme or reason, but I can twist and turn all of them into cards for my PC. 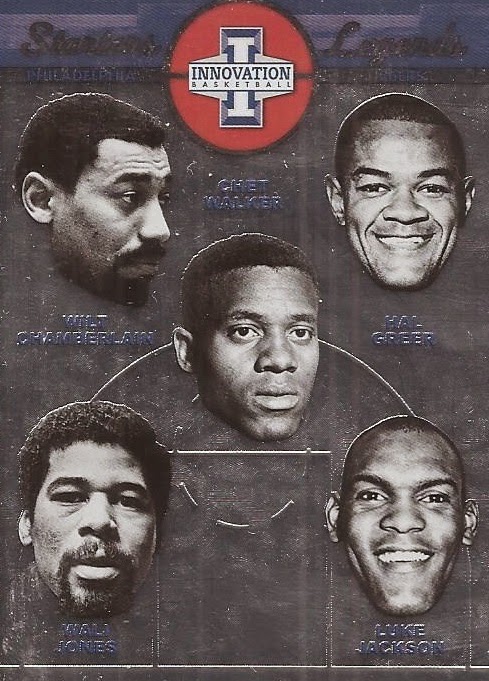 Like this one, out of last year's Innovation. This one was actually on my most wanted list after it came out. Why? The answer is in the lower left - 2/14 baby Wali Jones. Who cares about guys like Wilt when a player who I have very few cards of in my 2/14 binder gets a card in a new release? During the build up to Black Friday, one of the sellers dropped the price to a less painful level that usual, and I snapped it up. This is Wali/Wally's third appearance in the binder - moving him into a tie with WNBA/ESPNer Kara Lawson. 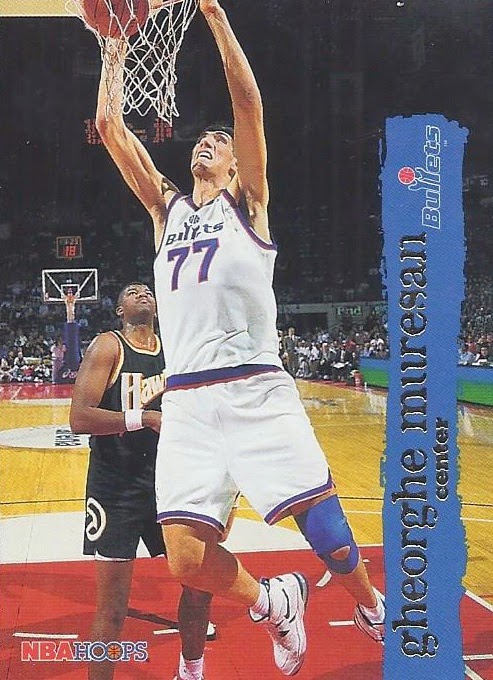 And one good 2/14 guy deserves another. This was the cheapest Muresan I didn't have. 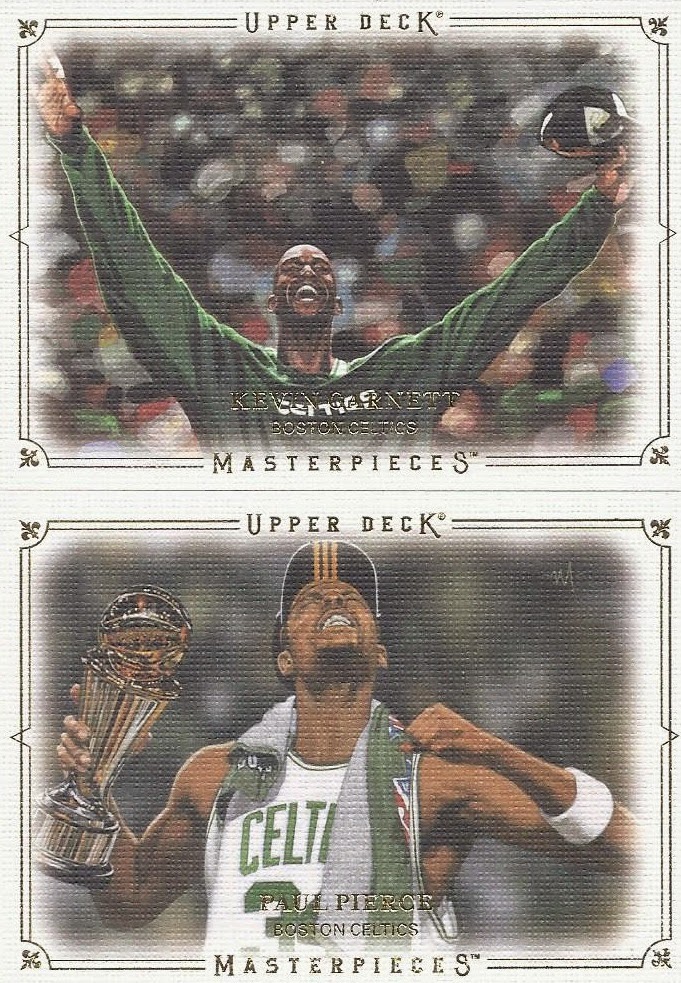 I've said in the past that my pre-Raptor loyalties were to the Celtics. I still follow them if their success will not adversely affect Toronto, so when the Raptors were stuck out of the playoffs, it was nice to have someone to root for in the playoffs. And it is nice to add a couple Masterpieces that salute their most recent championship. The Pierce was another one on my Top 10 wantlist. 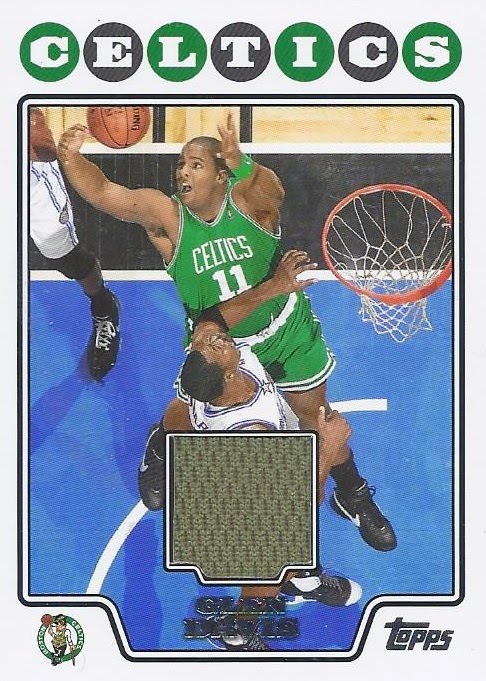 And here's another part of that championship team with a nice green relic. I have no idea why all my green Celts relics scan so poorly, but this one really is a nice bright green. I just really want a card with that one pose with the trophy. I would sell organs in order to get a licensed card with this image on it.

One of the other things I love are cards that feature the classic, forgotten NBA logos on the front of the cards. So, here's three of them! And a second appearance of Hal Greer in one post. 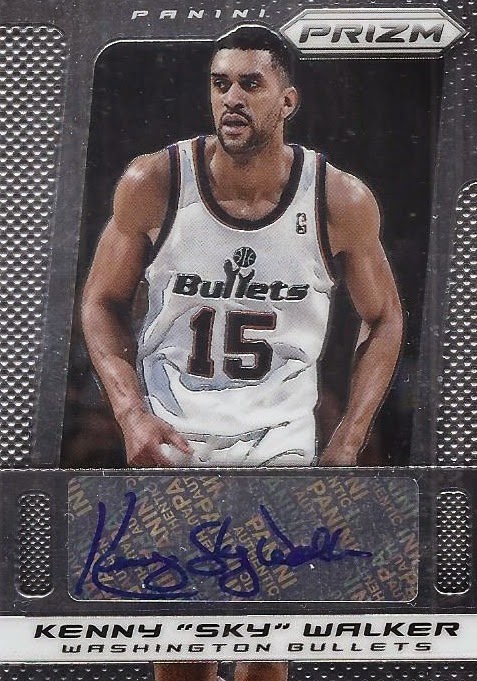 And finally, the one card that doesn't really fit into any of my collections. But, I just thought that it was really cool that Kenny Walker included his nickname on the sticker. And that Panini added the nickname to the card. It was also less than $2, so it wasn't that costly to add a neat item to my collection. The penmanship is OK, but it does look much nicer on cards where the autograph doesn't need to be shrunk to fit on a sticker.

8 cards gone, and there is not even a dent in the box. And I've got 100 or so more cards that haven't shown up yet.
Posted by buckstorecards at 03:03