2015 Adventures in Repacks: Part 1: Start the Year with Baseball

Much like the hockey repack, this promised 4 packs and an autograph. The four packs were:

Nice to see some stuff from this year showing up in the repacks, and I haven't busted any retail of either of those. The other 2 aren't a surprise to see. 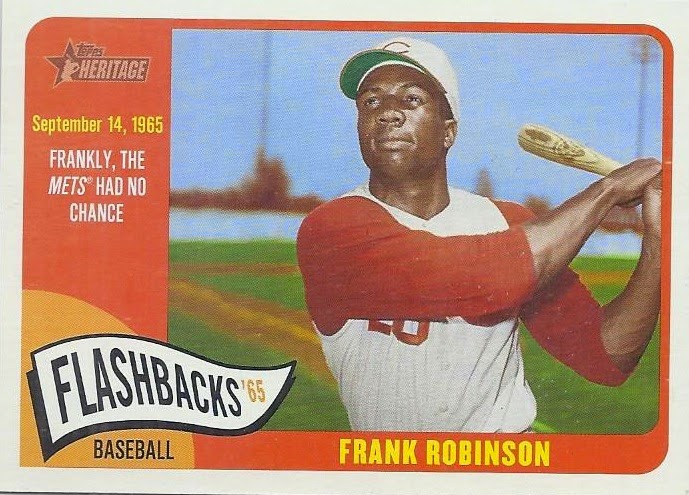 Since I built the set of Heritage, I was hoping for an insert out of that pack that I didn't have. And I got one. A card that salutes Frank beating up on the Mets was also as close as I came to a Mets card in this repacked packs. And still closer than I came to a Blue Jays card. 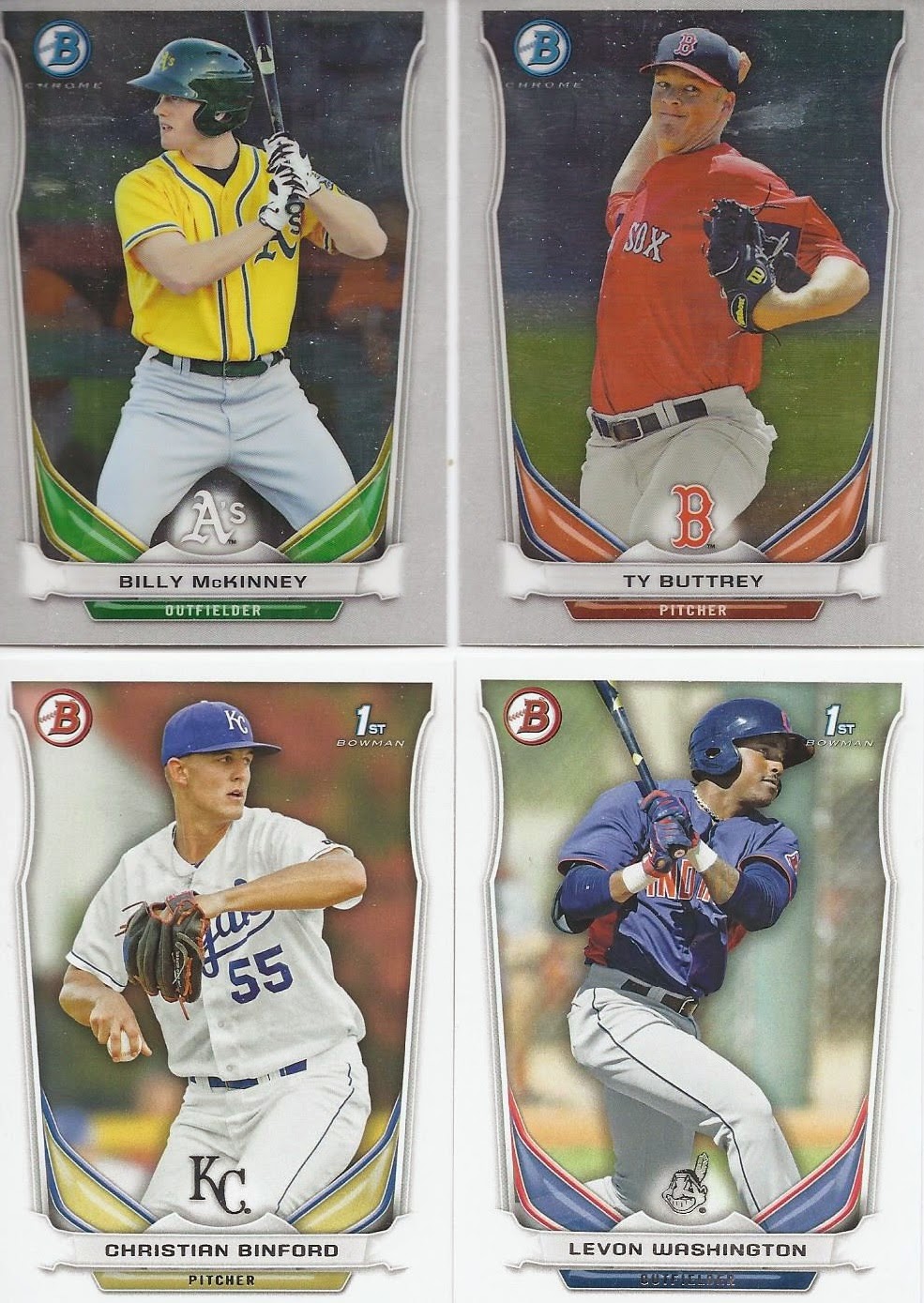 Bowman means shiny parallels . And prosepcts. And these were the shiny parallels and prospects I got. But I also landed what would seem to be a tough pull for a retail pack: 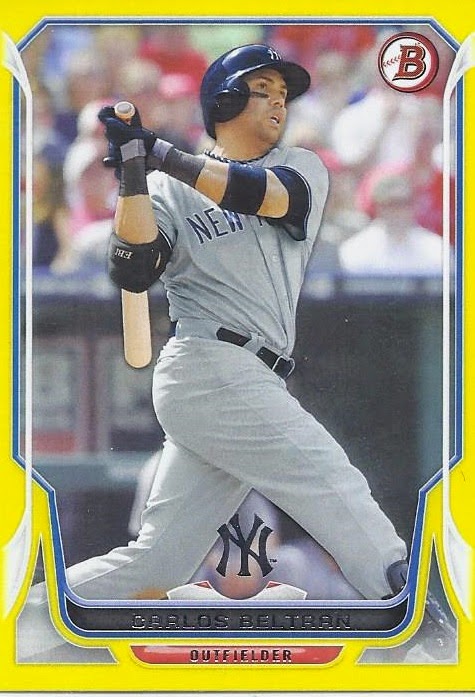 A /99 yellow parallel of Carlos Beltran. I swear that is his name through all the foil. Of course, no Met, but I do pull a somewhat low-numbered Yankees card. But it is a former Met! I kinda wish I'd kept the packaging now to find out what rate these fell at for retail. 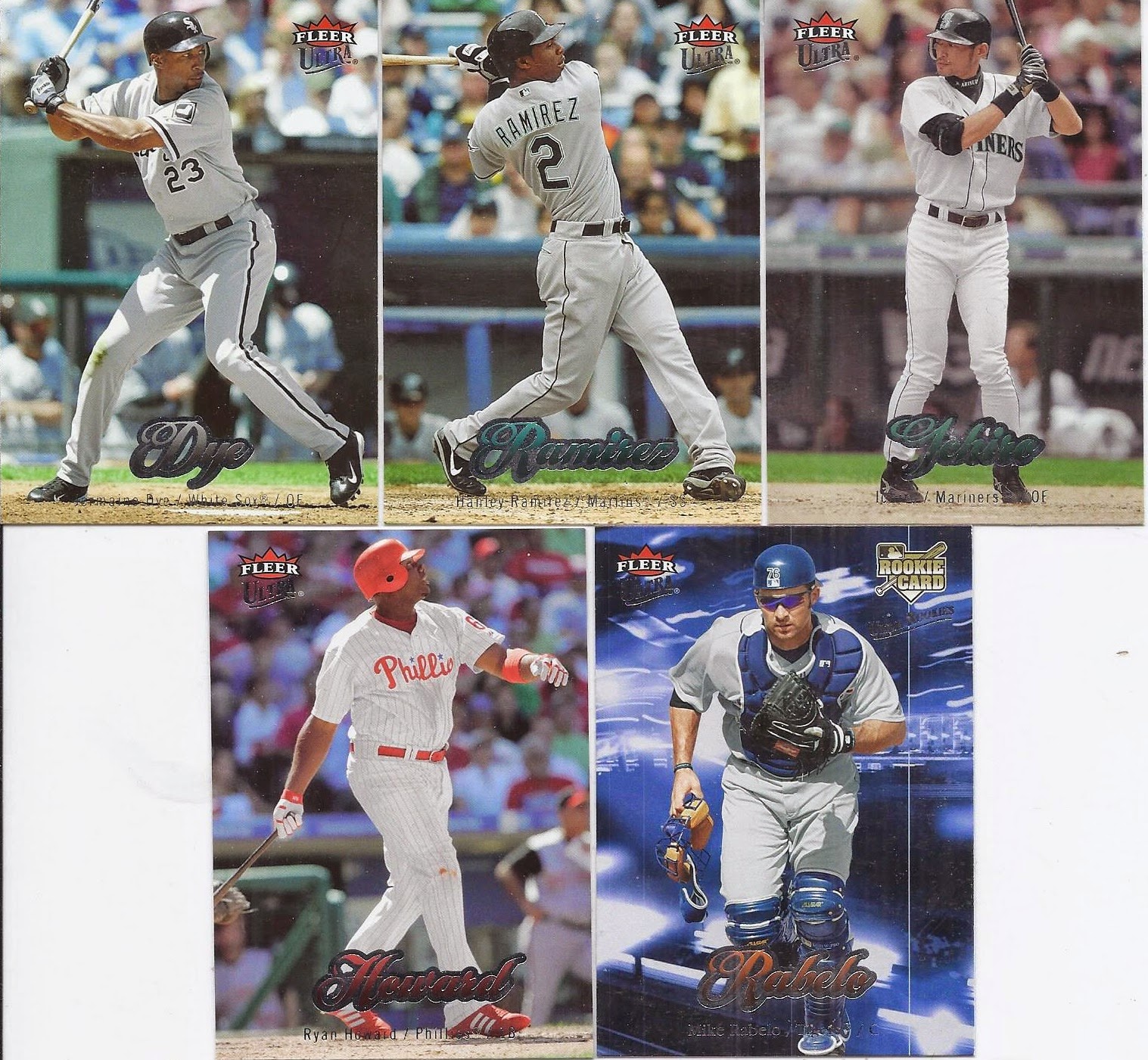 At least with 5 cards per pack, I can post all of them. I guess Ichiro is a nice pull, but the photos are all pretty bland.

So, much like with the hockey, the auto has to be pretty good to save this repack. The hockey was good on the basis of being an interesting autograph. This one is actually a pretty good autograph on its own. 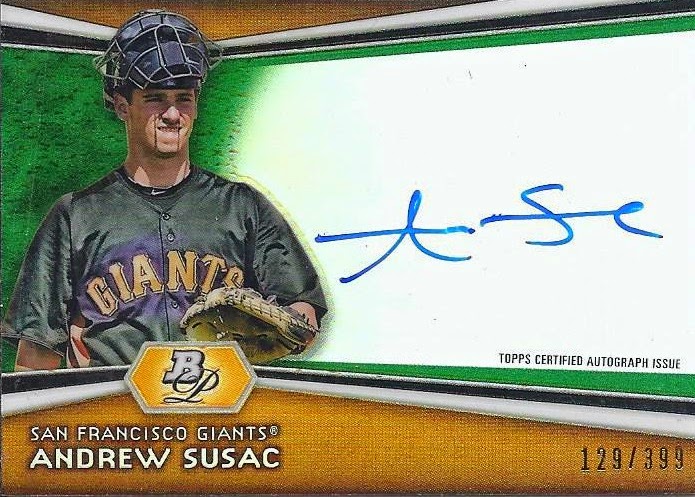 Not bad at all. Susac made his big league debut this past season, and has a very interesting story about his first hit in the big leagues. He saw a decent amount of action (considering he'd play behind Buster Posey), and will get himself a World Series ring for the effort. On-card, refractor-y, and numbered as well. That's far above what I expected from the auto. But, I pulled an auto/patch numbered to 50 from one of those last year, so maybe the autos in these are pretty good. Or I've just been pretty lucky.

Tomorrow, the football repack to wrap up this repack week.
Posted by buckstorecards at 16:11