The Fan Expo is coming to Toronto, and there's a sports element this year. Fortunately, you can pay only to go to that portion of it, so I'll do that and hopefully grab some nice goodies sometime over the weekend. But, I still had the local show to hit on Sunday, and did that with a limited budget. I ended up spending about $14.00 on myself, and about $6.00 on hockey hits that are on their way, or will soon be on their way to others.

For this post, I'll post some of the cards with specific binder homes already planned. Next time, the miscellany. 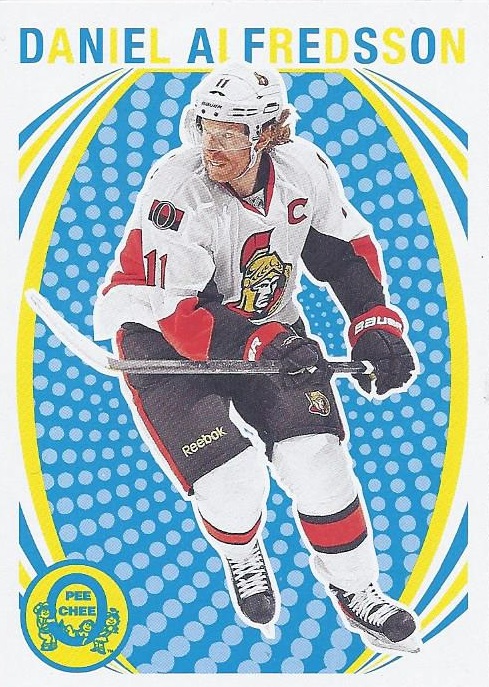 To open up, here's the only Alfredsson card I picked up yesterday. I still think these retro designs are a little loud for my taste, but I really wanted the parallel of his last OPC card as a Senator. 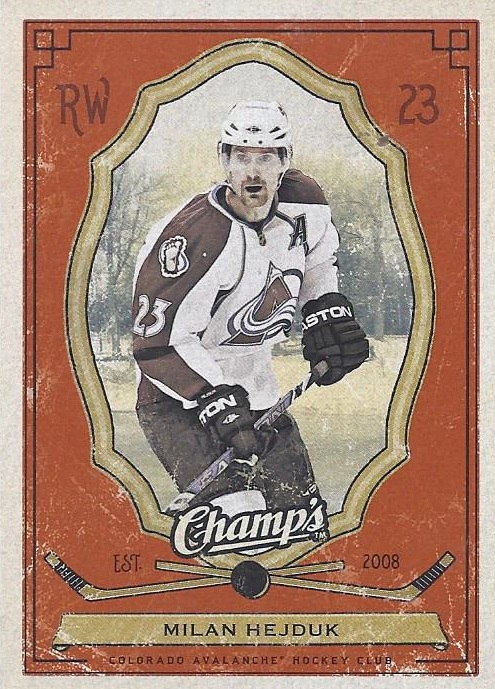 The 2/14 binder got a lot of new members. First up, here's a red parallel of Milan Hejduk. If he latches on somewhere, much like with Alfredsson, it is going to be strange collection card of his where he's not in Avalanche colours. Although there is a draft rookies card of his where he's wearing the Nordiques uniform. But I don't think that truly counts. 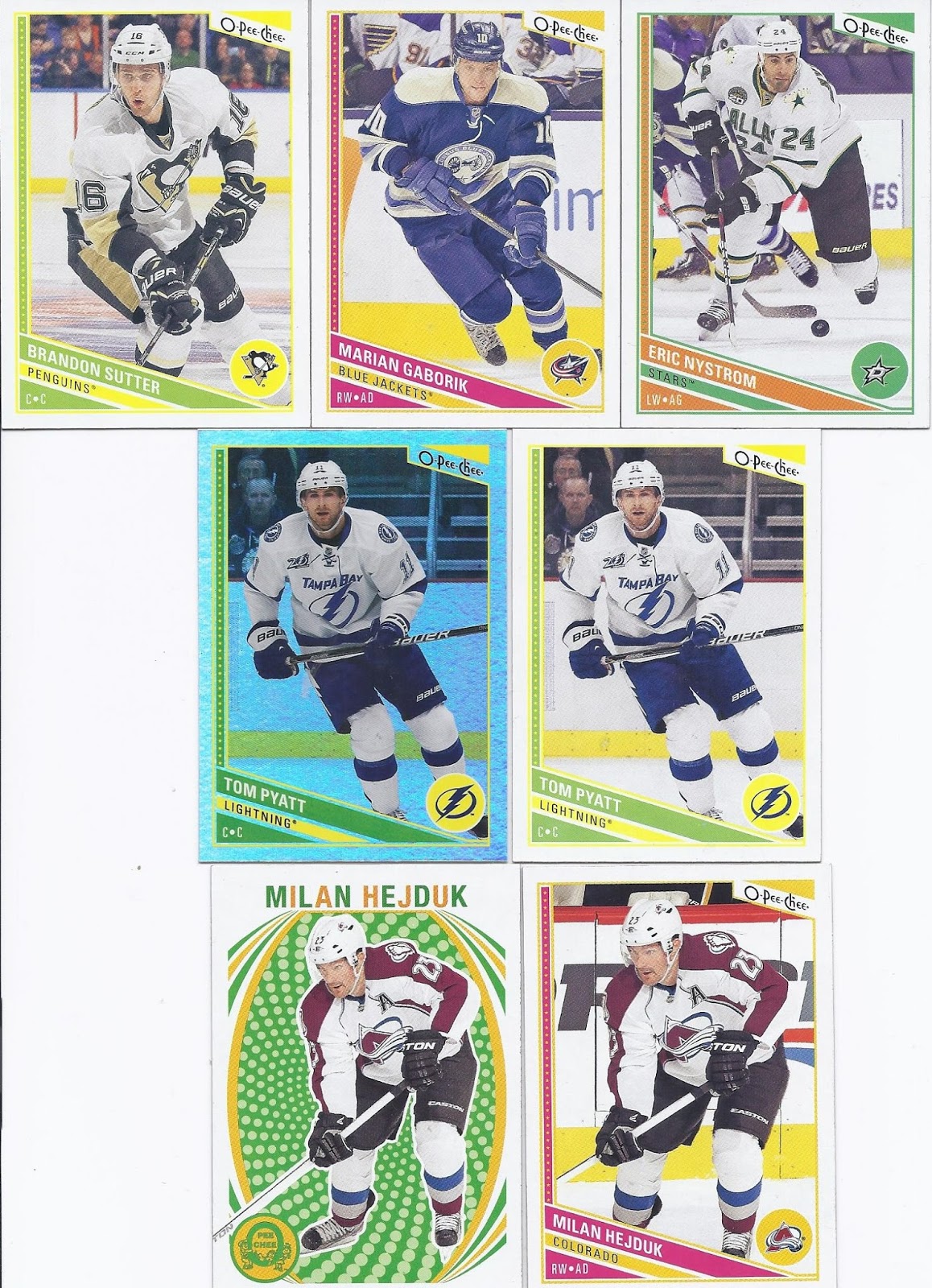 There will be lots of new OPC content in the binders. Including a pair of parallels. I can't complain too greatly about the colouring on the retro of Alfredsson, since that green on the Hejduk is positively hideous. 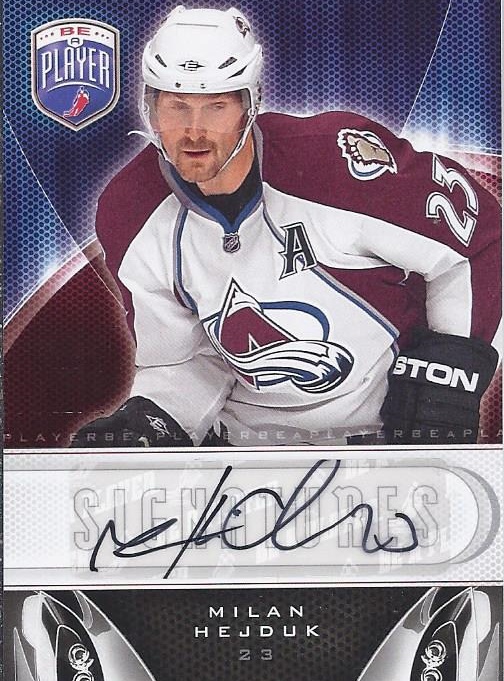 Hits? I picked up a couple of  as well. Here we have my first Hejduk autograph for the binder. 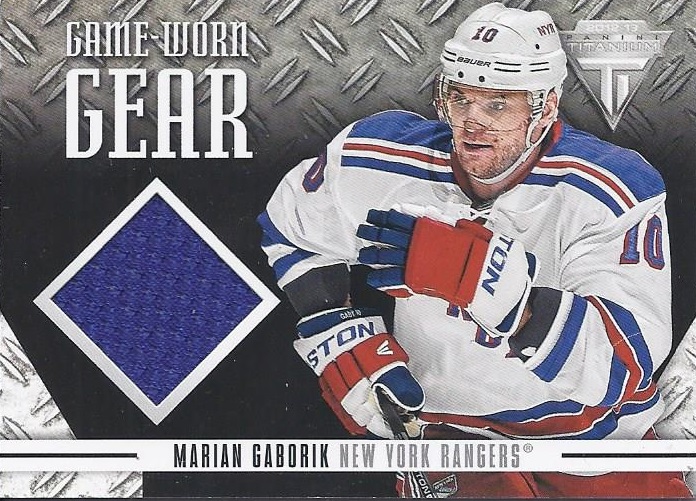 And my second Rangers era relic of Gaborik. I really need to get my hands on a Columbus one. But, given that I'm still seeing Oilers colours on Dustin Penner hits, and Avs colours on Craig Andersons, that might be a bit of a wait. 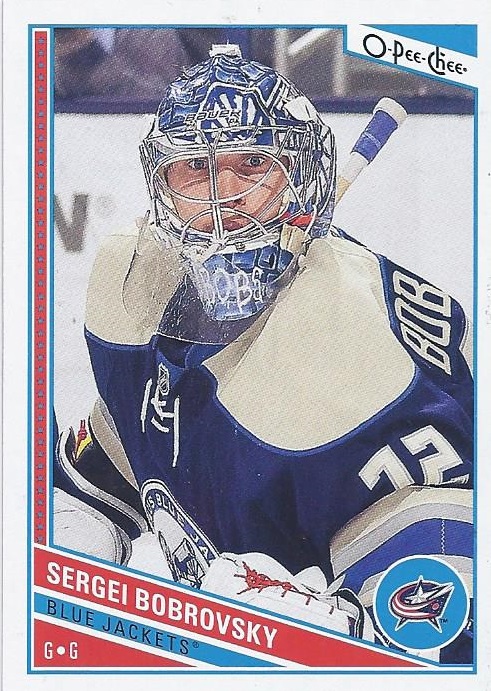 The mask binder also got a small # of new members. Here's a nice close up of the reigning Vezina winner. 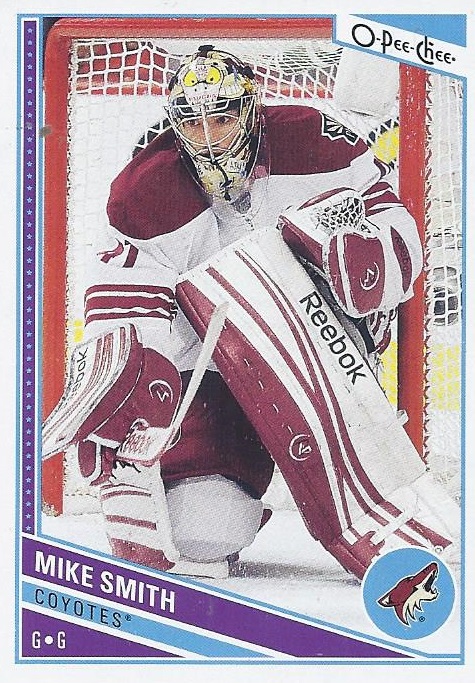 And a new one of my favourite current mask - Mike Smith. 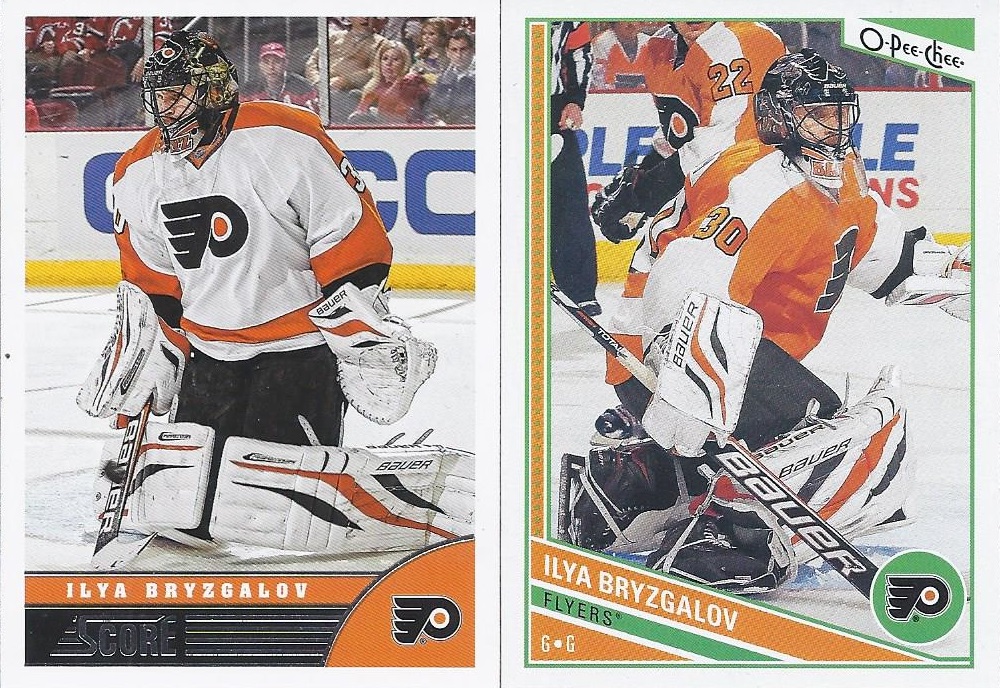 These two will look great beside one another. Star Wars fun from Ilya with both sides of it highlighted. 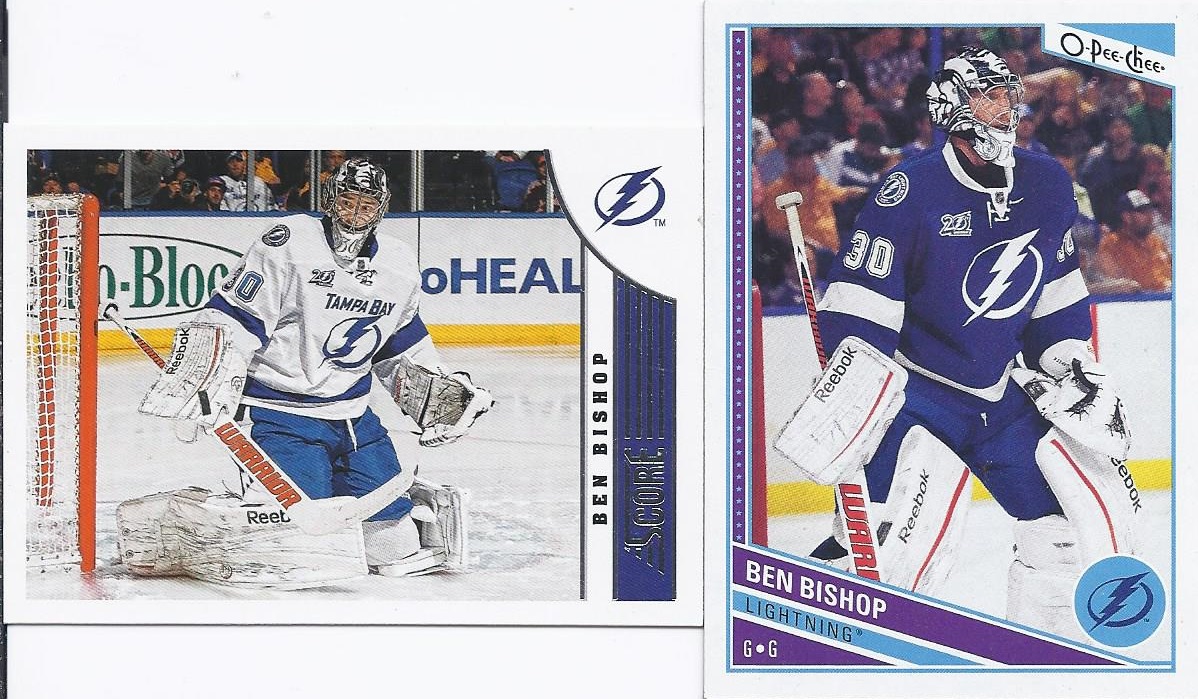 And to wrap up this up, here's a pair of Ben Bishops. I love these because he's still rocking his Senators mask post-trade. Not to worry, Bolts fans. He's got his Tampa mask ready to go.

Total cost of everything on this post? Less than $7.00.