While still posting the box break, everything was pretty much collated. So, I already had a good idea of what I needed. So, a trip to the flea market was in order, and $9.00 later, I had knocked my wantlist down to 15 cards left to complete the set, although I'm sure I'm going to find myself 1 out when I start doing the binder thing.

So, for no other reason than I can, here's my favourite 10 cards I picked up while set building. 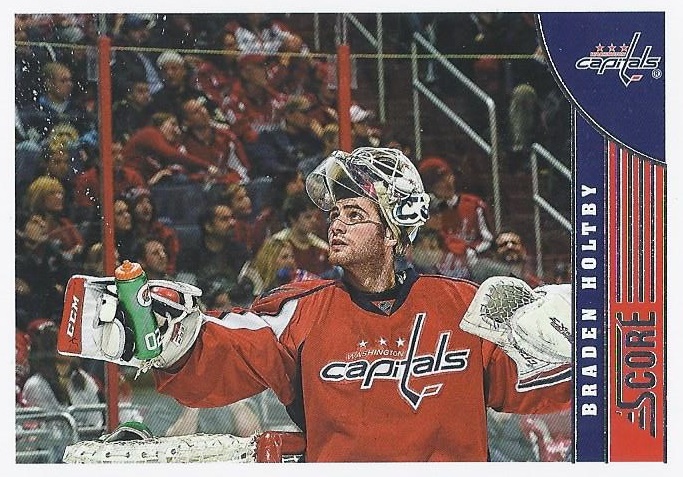 This card of Braden Holtby playing around with a water bottle did what I thought would be impossible. Unseat Dustin Byfuglien is my favourite base card in the set. The only way this could be any better if it ended up with a Tie Domi moment. 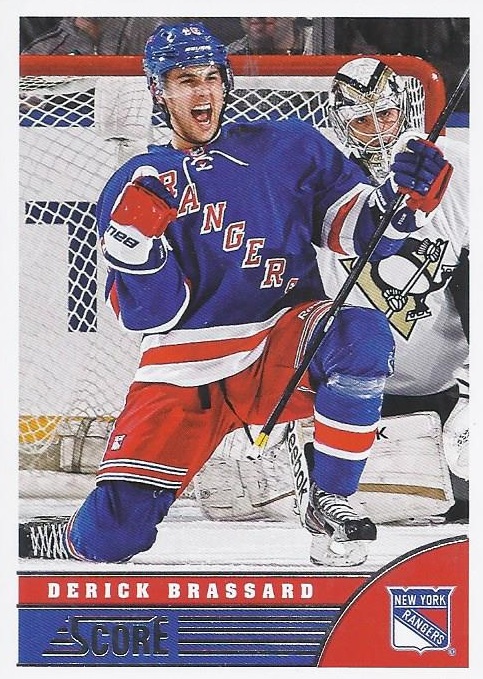 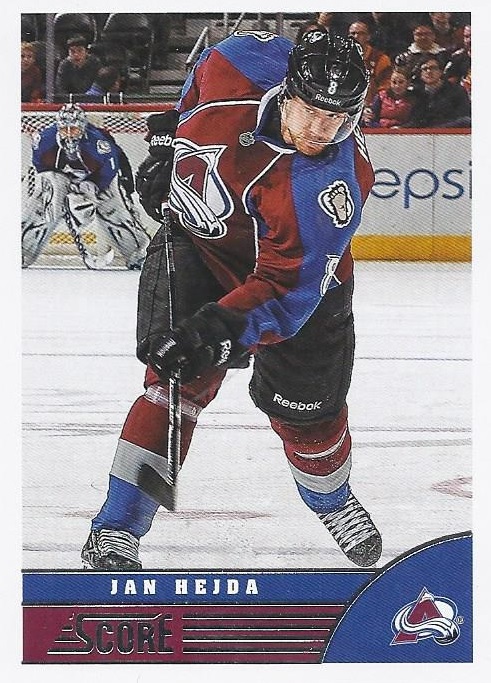 And more great framing here, as you can see the distance of the ice surface behind Hejda. From the goalie, to the blue lines, everything is great. You can still have a memorable card with a simple photograph. 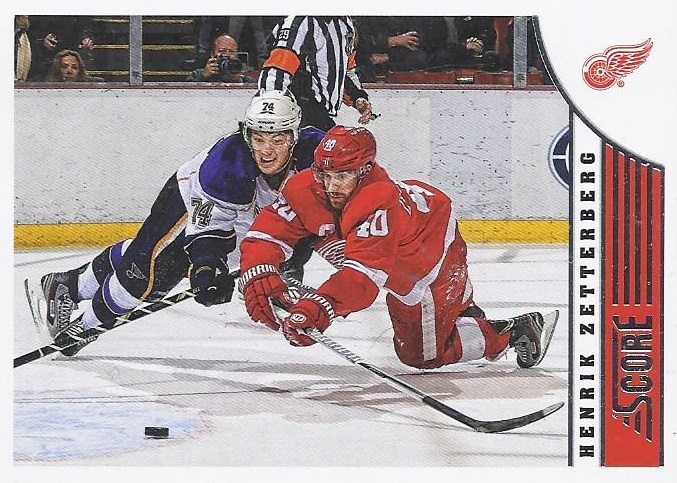 A diving battle for the puck. There's something you don't see much of. 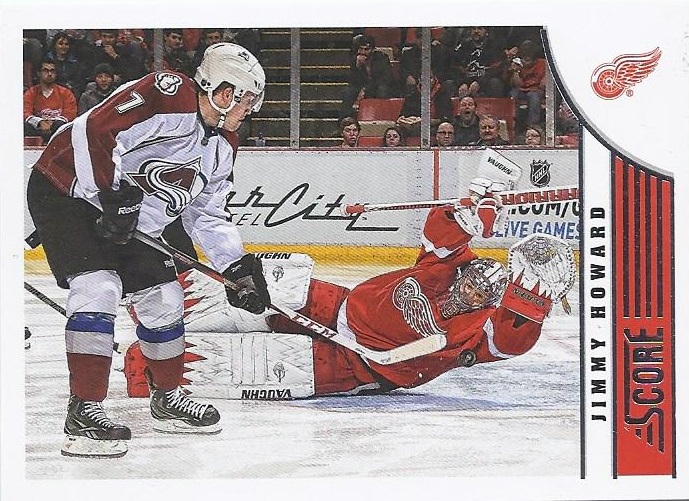 And one diving for the puck shot deserves another. 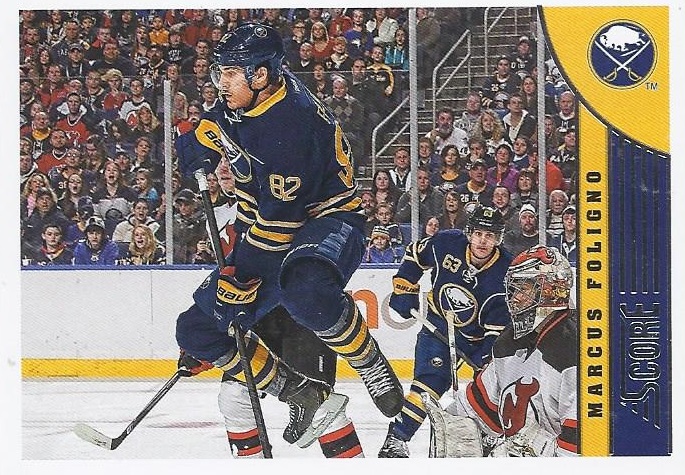 And to continue in the vein of players without their feet on the ice, here's #3, with Marcus Foligno leaping out of the way of what I'm assuming would be a shot on goal. As a bonus, there's nice a picture of Johan Hedberg's devilish moose mask. 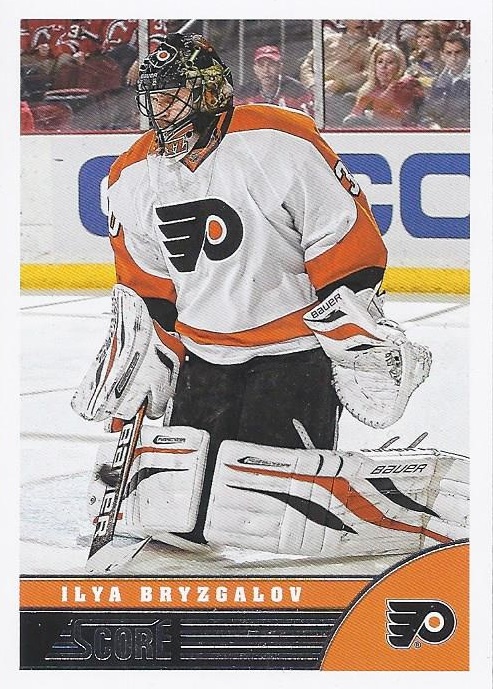 Speaking of great masks, here's Ilya Bryzgalov's. Here we have his Star Wars inspired mask with Yoda on the side. His OPC card highlights the other side, with Darth Vader visible. I'll definitely be looking for each of those - they'll look nice beside one another in the binder. 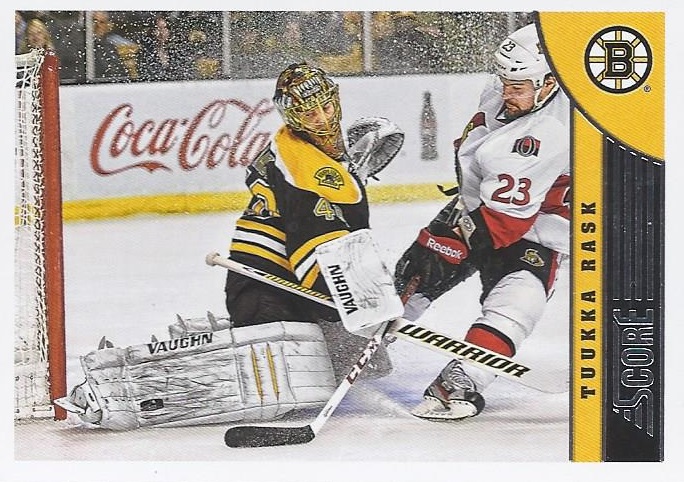 Another great photograph - this time a pad save by Rask. I did have to look it up to see who wore #23 for the Senators. It's a future teammate of Rask from later in the season that he's slamming the door on - Kaspars Daugavins. 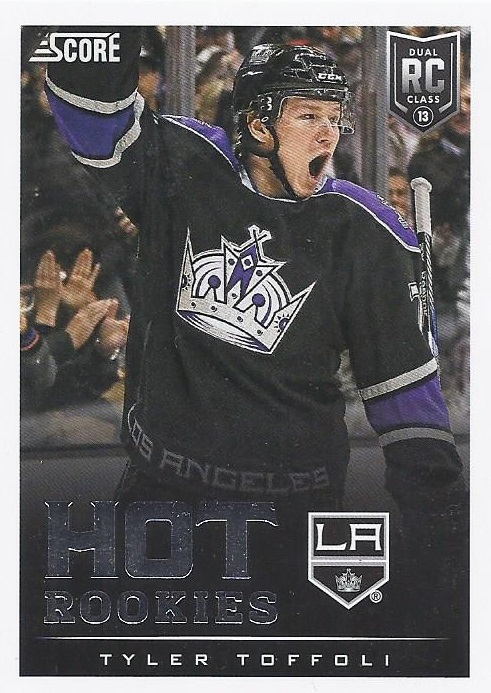 I regret my claim that the Hot Rookies subset consisted solely of bland skating shots. Tyler Toffoli celebrates one of his two goal last season. 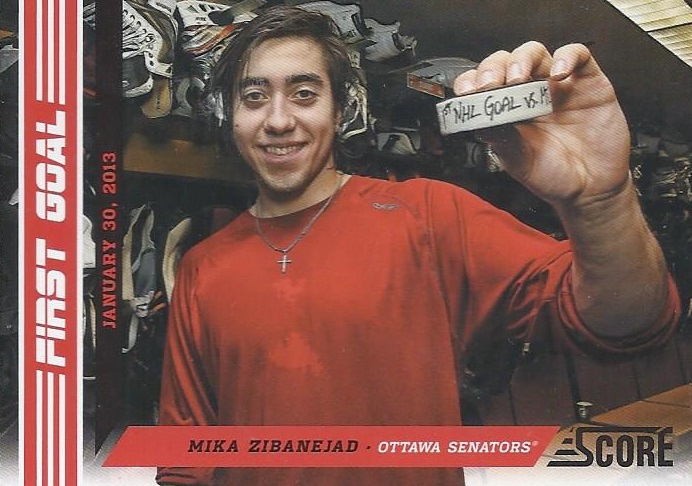 And I didn't just grab base. I couldn't resist one of the Senators insert cards. It's my third of 5 non-hit Senators inserts. I just need a Colin Greening check-it and a Erik Karlsson Franchise to knock them all off.
Posted by buckstorecards at 14:54